You are at:Home»Tennis»5 AWE-INSPIRING GRAND SLAM MATCHES IN MEN’S SINGLES

By Sheryl Thomas on March 24, 2016 0 Comments
Share this on WhatsApp

The quality of Tennis at the Grand Slams is always too damn high and Men’s Tennis has grown leaps and bounds over the past few years. We have seen some formidable matches and the battle of the equals at Tennis’ biggest stage. And few never seem to get off our head. Here’s the best of the lot we’ve picked for you to catch up with, once again.

You could call this one the best ever match from the 20th Century. It was a battle of ‘Fire and Ice’. A calm and composed Borg, took down the loud and fierce McEnroe in a five set fierce battle scoring 1-6, 7-5, 6-3, 6-7 (16-18), 8-6. This match witnessed the best ever tie-breaker played in the history of Tennis. 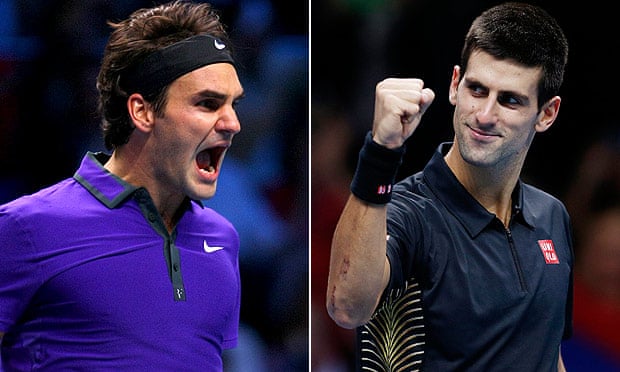 Novak Djokovic should never be underestimated, especially when he is playing against Roger Federer. In what was considered as one of the best years of Djokovic’s career, this champion overcame two match points to convincingly beat Roger Federer, in a battle of the equals by 6-7, 4-6, 6-3, 6-2, 7-5. The two Tennis stars contested so closely with Nole hitting 48 winners and Federer,  just one more than him, with 49 winners. Definitey,it’s the greatest Tennis encounter in the history of Australian Open. Anybody who watched the match live would never dare to forget it for the rest of their lives. In a war of the Spanish Lefties, Nadal just edged out the promising Verdasco 6-7 (4), 6-4, 7-6 (2), 6-7 (1), 6-4. The match lasted for 5 hours and 14 minutes.

This match lasted for almost 6 hours and it holds the record for the ‘Longest match played in a Grand Slam final’. It went up to 5 hours and 53 minutes with the results being drawn in favour of Djokovic 5–7, 6–4, 6–2, 6–7(5–7), 7–5. It is regarded as one of the best Tennis matches ever played in the 21st century by all the Tennis fans and pundits. Close to the heart of every Tennis fan, this match was a total heart-break for the Fedfans and just the opposite for the Rafans. This rain delayed encounter witnessed the King of Clay beat Wimbledon’s dearest by 6–4, 6–4, 6–7(5–7), 6–7(8–10), 9–7 in 4 hours and 48 minutes to lift the first Wimbledon title of his career and prove that he is terrific on grass as well. Fedfans, we feel you right now!

Any other terrific Grand Slam match needs a mention on the list? If yes, let us know in the comments.