You are at:Home»Funny»Sports Personalities In A Parallel Universe – Our Favourite 5

Sports Personalities In A Parallel Universe – Our Favourite 5

By Sheryl Thomas on February 3, 2016 0 Comments
Share this on WhatsApp

We have all grown up watching our favorite Sports Personalities play the game they most love, all these years. Have you ever wondered what would happen if they had decided to walk in a different path, if not for the one they are in right now?

When Roger Federer was a young lad, his football coach just gave him one option – either to attend training during weekdays or to quit. What if he had chosen Football over Tennis?
Instead of 7 Wimbledon titles, he would have had 7 Ballon d’Ors.

Meanwhile check out these 10 records of Federer you might not be aware of! 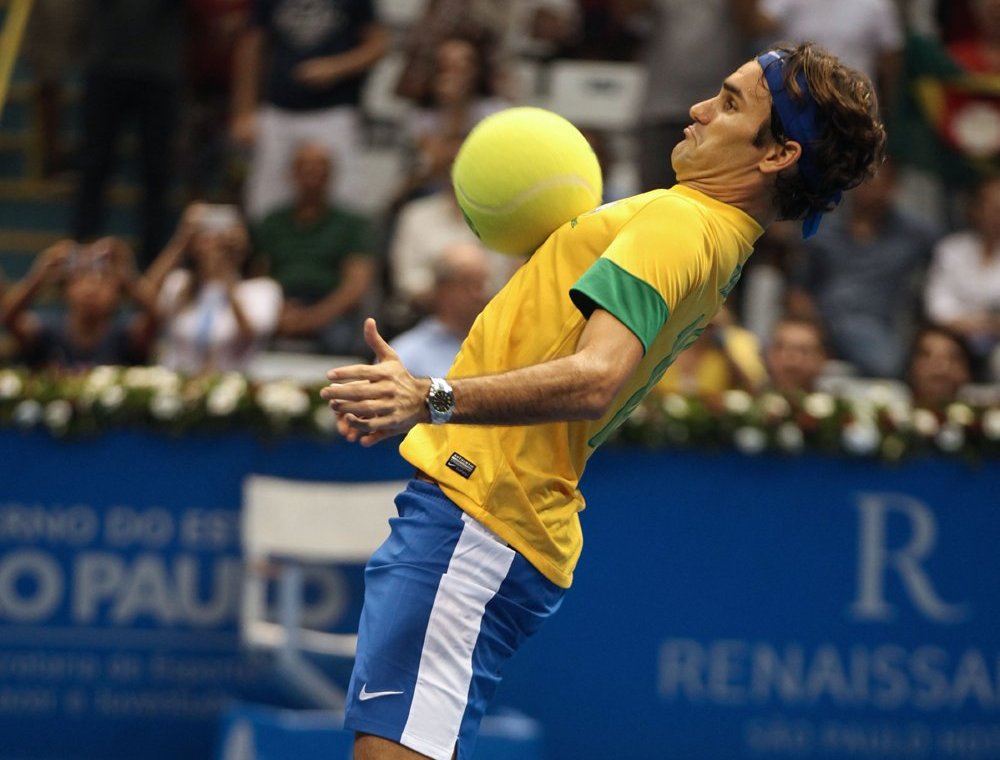 Classy and a lot Sassy, AbD is a multi-talented legend. Just because he let the major part of his life slip into Cricket doesn’t mean this man cannot strum or hum a tune or two. Imagine his life without Cricket? No issues buddy! A Grammy would have rescued him.

We already have the clipping of his first recording. We don’t need a parallel universe to for AB to be a singing star!

World’s fastest man has always had a thing for Cricket. All thanks to his cool dad who was a Cricket Freak. But Senior Bolt advised Usain to take up Track. Why Dadda why? What if Bolt was handed a Bat instead of a Baton? We could have seen a Lightening Centurion Bolt.

40m in 4.42 seconds? Really? And he is an Arsenal Footballer! Do you believe this? But it is true. Put him on the track already. Go get the Olympic medal Theo! What are you waiting for? My name is Lewis Hamilton. I am a Formula one Champion. I’ve got two beautiful dogs, Roscoe and Coco. They are my life. But I love all animals. I have a Tiger friend, Nicole. I’ve got a Lion cub named after me. What if I become an Animal Rights Advocate? He maintains a Gluten-Free diet. Seriously, He does. He is not a fan of injuries. He is as fit as a fiddle. And if not for 11 Grand Slam titles, here we have our best Nutritionist, the Serbinator “Novak Djokovic”.

Did you think of any other Sportsperson while skimming through this article? Which one did you like the best, this Universe or the Parallel one? Haha! The comments section is all yours!