You are at:Home»Generic»5 Sportswomen who inspired the world

5 Sportswomen who inspired the world

By Aurobindo Dharsaun on November 3, 2016 0 Comments
Share this on WhatsApp

You don’t have to be a legend of a field to inspire and positively influence the people and community that revolves around you. Small gestures and actions can make a world of difference to the people who depend on you. But when you do become celebrity famous, you get the opportunity to become something even more.

Becoming a legend, an icon, a symbol for something larger than life. And that’s exactly what these women were.

Here are 5 sportswomen who led inspirational lives that makes us all passionate and proud.

1) Billie Jean King (Tennis) – The Battle of the Sexes

Suddenly in the national limelight, following his win over Court in the original Battle of the Sexes, Bobby Riggs taunted all female tennis players, prompting Billie Jean King to accept a lucrative financial offer to play Riggs in a nationally televised match that the promoters dubbed the “Battle of the Sexes”. The match, which had a winner-takes-all prize of $100,000, was held in Houston, Texas on September 20, 1973.

Despite falling behind initially, King managed to recover and win the match against a completely drained Riggs much to the chagrin of the misogynistic crowds and betting fraternity all over the world. King’s victory had no meaning from a tennis standpoint.. King was 26 years younger than Riggs, and it was more an age versus youth game.

She was a women’s activist and believed in equal pay for men and women.

King: “I thought it would set us back 50 years if I didn’t win that match. It would ruin the women’s tour and affect all women’s self-esteem.”

Billie Jean was part of the Original 9, which formed the Virginia Slims Series, created because the women were sick of the inequality of pay between the men and women victors. Eventually this turned into the Women’s Tennis Association (WTA). 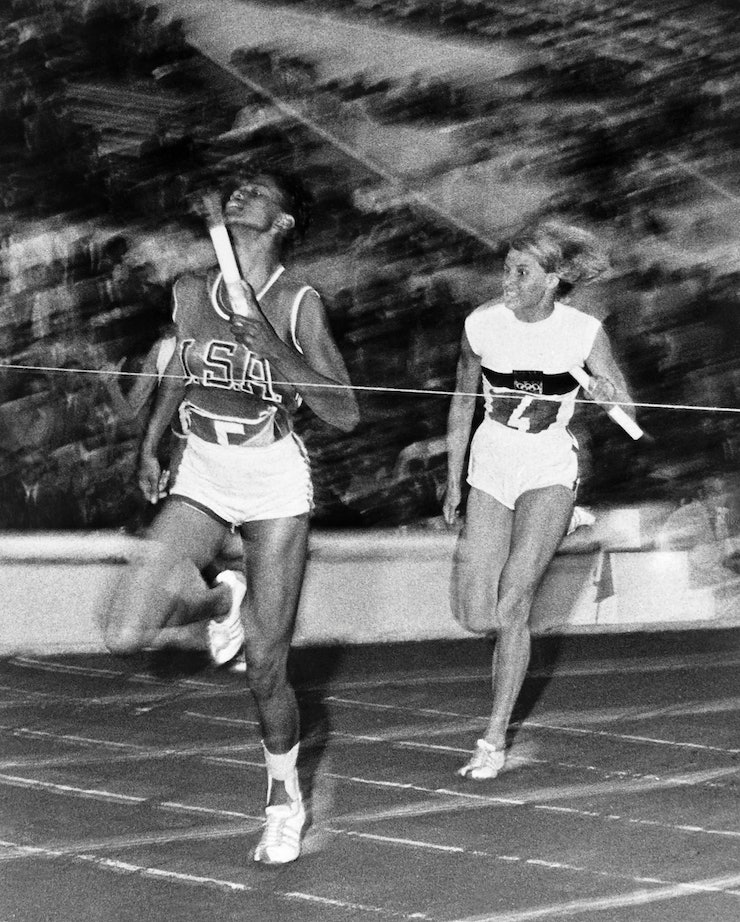 Despite the health challenges Wilma Rudolph experienced early in life – a premature birth, polio-induced leg braces until the age of nine – Rudolph never gave up on her athletic ambitions. A star athlete in high school, she dedicated herself to track and field, where she excelled.

Rudolph competed in two Olympic games, in 1956 and 1960, eventually becoming the first black woman to win three gold medals in a single Olympics. She was considered the fastest woman in the world in the ’60s. But she was more than a great athlete; she was an inspiration off the track, too.

When she returned from the 1956 Games, Tennessee Gov. Buford Ellington, a segregationist, planned to lead her welcome home celebration. Rudolph refused to attend, saying she would not participate in a segregated event. And just like her Olympic competition, Wilma persevered: her parade and banquet were the first integrated events in her hometown of Clarksville, Tennessee. 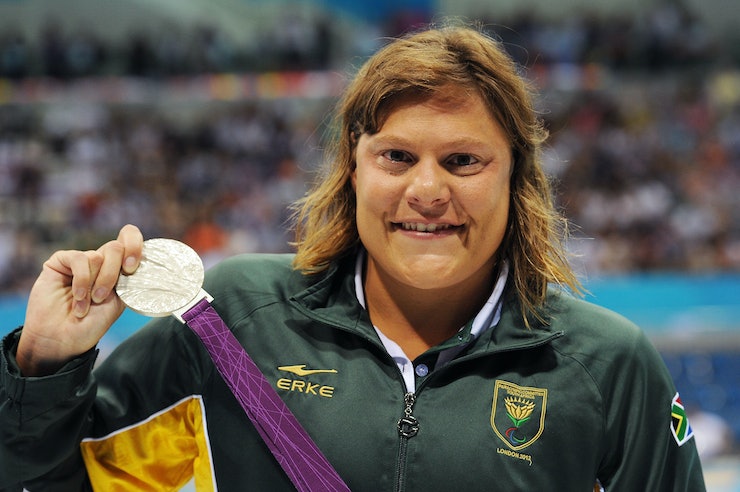 A South African native and promising swimmer, Natalie’s career was in jeopardy in 2001 when she a car accident resulted in the amputation of her left leg. Not to be deterred, Natalie got back into the pool less than three months after her accident, before she could even walk again.

Du Toit went on to win several Paralympic Games over the next few years. And in 2008, she represented South Africa during the Summer Olympics in Beijing, becoming the first female Paralympian ever to compete.

This Syrian teenager and her family were fleeing from war-torn Damascus to Turkey when their boat (a dinghy, really) began to sink with nearly 20 people on board. Yusra and her sister jumped into the water and pushed the boat to shore, swimming for three hours. Her journey from Turkey to Berlin, where she settled, was a distance of 1,500 miles. She is a member of the first Refugee Olympic Team ever.

“When you have [a]problem in your life that doesn’t mean you need to sit down and cry like babies. The problem was the reason why I am here, and why I am stronger and I want to reach my goals.”

Now, she’s competing in the 2016 Rio Olympics for the Refugee team. Now, that’s how you fight back when life gives you lemons.

Super excited to be included in the @lhjmagazine portfolio of champions this month! Go check it out! #RoadToRio #Fearless #Lioness

Sexual assault is an epidemic and Kayla Harris is an outspoken survivor who gives voice to thousands of women unable to speak for themselves. As a 13-year old, a coach sexually abused Harris while at an international tournament. The coach would later plead guilty to illicit sexual conduct in November, 2007.

But, she was learning Judo after all, and decided to fight for her legacy as something other than the victim of an unspeakable crime. At the 2012 London Games, Harris became the first American woman to win an Olympic gold medal in Judo.

Try messing with her now, will ya…