Innovative Cricket Shots | It was a delight to watch Ricky Ponting execute the pull shot effortlessly, just like it was a treat to watch Saurav Ganguly decimate the off side field. Who can match Azharuddin’s wristy class or Rahul Dravid’s perfect defense? Top players have always had the quality to pull off strokes just the way they are meant to be played. It takes a pure genius to make cricketing shots appear as if they have descended from the skies, and we are all fortunate to have watched many such players.

But, there have been a few who have chosen to be different. They respectfully unfollowed the book just because they wanted to follow their instincts. Innovative shots are all about thinking beyond all notions to be effective. In the modern era, Cricket has evolved as a game. Now we find jaw-dropping creativity and dynamism, especially in the batting department. The highly competitive game has given us highly innovative cricekt shots; here are 10 that have evolved during the recent times- 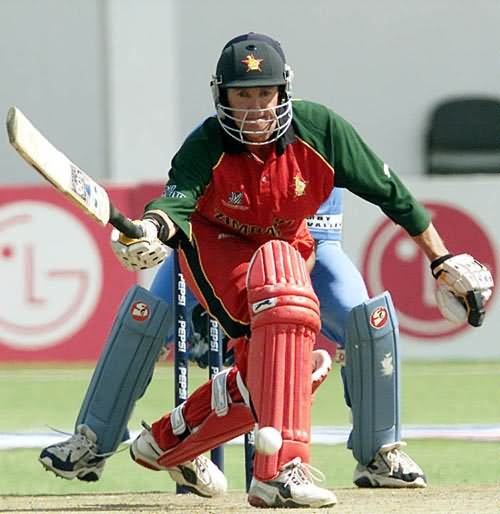 Douglas Marillier was probably the first player to have the audacity to go against the book. He used his feet to get under the ball pitched on the off stump to scoop it over the field. And he first did that against Glenn McGrath, at Perth, in the final over leading Zimbabwe to a historic win!

It’s an age old trick to get a batsman out by inviting him to play straight while the slip quadroon waited for the prey. But, gone are the days when the tricky situation made the batsmen uncomfortable. Tilakratne Dilshan invented the Dilscoop not only counter the trap but also score against it! 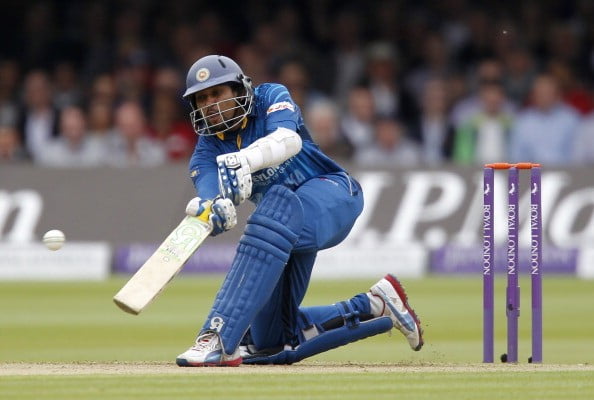 A subtle scoop over the keeper, using the pace of the bowler and at the fine boundary that is unmanned- frustrating by all means for the bowler who just bowled a perfect delivery! The shot not only egged the fielding captain to have a man fine behind the leg-slip but also opened up spaces on the square boundary.

A swinging ball at rib height, just outside the off-stump is usually left alone by most batsmen. But what challenges most willow-yielders, seems like an opportunity for Bangladesh’s Soumya Sarkar! With little space to have a go at the ball, Sarkar uses his bat to lob the ball over the in-field- a deadly shot to have during the power-play.

The switch hit is the ultra-advanced version of the reverse sweep. So advanced that this shot manages to clear the fence with ease! Needing impeccable technique and innovation, Kevin Pietersen’s switch hit makes the batsman switch his stance completely- from right handed to left handed or vice versa- in a fraction of a second to hammer the ball into the boundary.

One of the most difficult shots in cricket perhaps, it is perfected by very few, but is best executed by it’s inventor- KP!

No one can clear the ropes on a Yorker, right? Well, that was a popular belief before MS Dhoni decimated the ball 15 rows beyond the fence. In the last few overs, when the ball is easy to hit, a Yorker is the only weapon that can stall an onslaught.

With the ball landing a few inches ahead of the crease, captain cool uses his brute strength to force a union of the ball with the sweet spot of his willow. The mighty flick of the bat and the gigantic follow through launches the ball into the stands.

A stiff pitch, an intelligent bowler, and a tenacious field can dry the flow of runs, even for a genius like AB De Villiers. But, that’s where he becomes a different player and finds a way to score. The reverse scoop is a result of that peculiar trait of his.

Using the pace of the ball pitched on the off side; the stance is switched at the speed of sound, and scooped over the in-field, leaving the bowler in utter disbelief.

The off side bouncer was certainly a ‘Jaffa’ before Sachin Tendulkar invented the upper cut. Shoulder length ball, tremendous pace, and vicious swing on it? No problem. Tendulkar, instead of playing the delivery with a flat bat, met the ball at its peak, angling the bat upwards to propel it into the stands. His first against Pakistan in the 2003 Cricket World Cup was absolute gold!

Deliveries aimed at the body are often unplayable. The only option is to play it on the on-side but a heavily fortified leg side field halted the scoreboard’s march. But that left the off-side open; all it needed was a different mind to capitalize on that vulnerability. 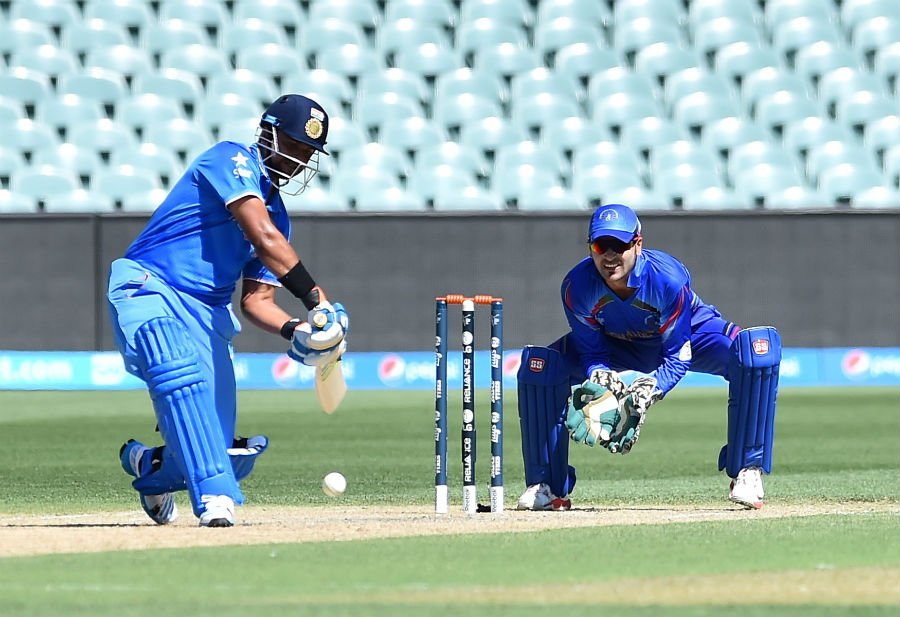 The inside out shot is played when a batsman steps forward and away from the stumps to make room for a big swing of the bat. With the ball finding the sweet spot, the exposed off side welcomes the ball, that reaches the boundary effortlessly. The shot is best played by Gautam Gambhir and Yuvraj Singh. 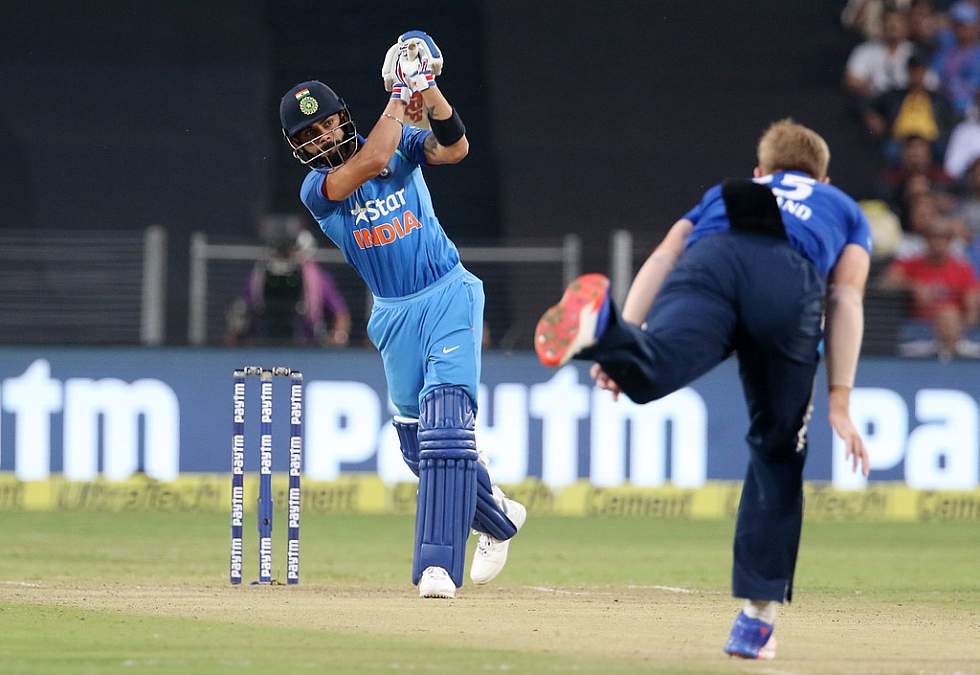 This is a shot that every batsman with a powerful arm needs to have in his armory. Lack of space didn’t deter Paul Collingwood from scoring at a quick pace. The short arm jab is a slog, only without the massive bat swing. A short but mighty jab of the bat can steer the ball to the fence most of the times. One shortcoming though is that it is played using a cross-bat, often leading to a soft dismissal.

It’s usually ‘stay cautious’ time when a leg spinner manages to get a cunning spin on the ball. On such days, the ball can spin a meter or even more than that and the bowler’s eyes the feet of the batsman to make the most of the situation. That threat was neutralized initially by Colin Cowdrey who is accredited as the inventor of the Paddle sweep. 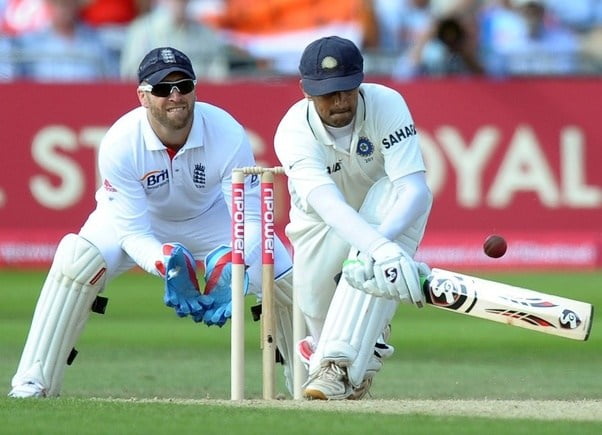 Paddling the ball backward and onto the ground just used the whip of the ball and channeled the ball towards the fine boundary. A risky shot perfected by many batsmen in the modern era, it continues to be an effective shot even after so many years. 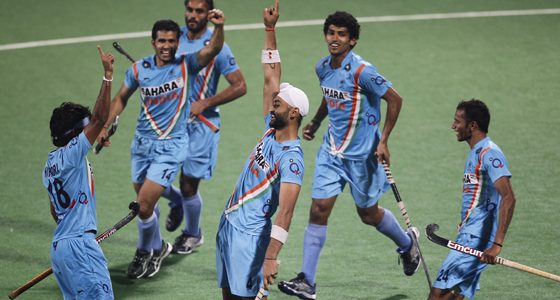 Where Is The Dhyan Of Indian Hockey? 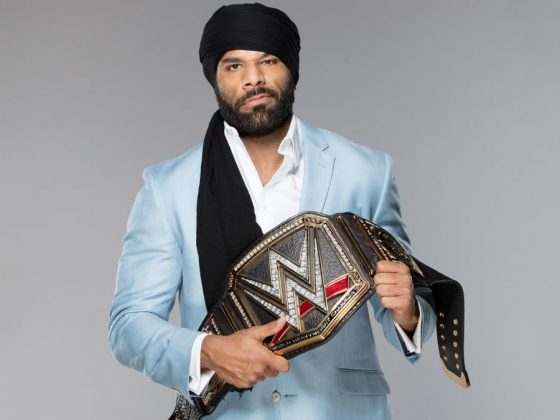 Jinder Mahal: The immigrant Who Became ‘The New American Dream’