You are at:Home»Tennis»7 RISING STARS OF MEN’S TENNIS

2016 so far has been a year full of surprises as far as Men’s Tennis is concerned. If you had forgotten already here’s a reminder – Nick Kyrgios won the first ATP title of his career by convincingly beating the US Open Champion Marin Cilic, Austrian sensation Dominic Thiem captured two amazing championships so far, Alexander Zverev rose to his career high ranking of 56, Borna Coric reached his first ever ATP finals and much more. Let’s take a look at the 7 budding stars of Men’s Tennis who will prove their dominance in the near future. He is just 22 and he already has 5 ATP titles to his name. He is definitely the most supreme youngster currently and his ranking speaks for itself. This Austrian Kid is ranked 13th in the World and is the youngest player in the top 20. Sooner or later, this guy is definitely gonna reach the number one spot without any doubts. Kyrgios might be an arrogant bloke on court, he might be the one full of attitude (definitely the wrong kind), but the Australian is one of the best entertainers that the sport has ever seen. He is an amazing talent and it is absolutely undeniable to say that. Nick won his first ATP title at Marseille after defeating the US open winner Marin Cilic, in straight sets. If only Nick learns to keep his temper under control, he will definitely go places.

Another Australian lad who was involved in a ton of controversies, Bernard Tomic is certainly a talent to be noted. He has won 3 career titles and reached the finals of Acapulco 2016 where he lost to the Austrian, Dominic Thiem. He along with Nick Kyrgios form a solid back-bone for the Australian Davis cup team. 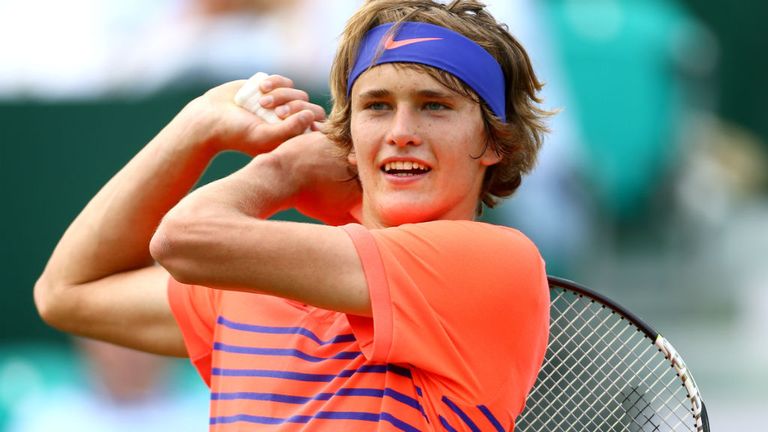 Nicknamed as “Sascha”, he is the youngest player to be ranked inside top 100. He was also the World no.1 Junior boys player between October 2013 and June 2014. Zverev has had an incredible journey so far in 2016 having reached the semi-finals of the Montpellier event by beating Marin Cilic and also the quarterfinals at Rotterdam. His game proves that this 18 year old has a lot of potential to come out on top some day.

He is the youngest player in the top 50 of the world rankings. Borna Coric has been quite a star among the youngsters. His best two wins have come against the crème de la crème of Tennis players namely Rafael Nadal in 2014 and Andy Murray in 2015, defeating both the players in straight sets. He also reached his first ATP finals at the Chennai Open in 2016 but eventually lost to the Champion, Stanisalas Wawrinka.

This rising American star is definitely the one to watch out for in the days to come. He has an amazing skill set to defeat some serious contenders with a bit of practice and experience on the go. He could bring back the glorious days of America since the retirement of the former World no.1 Andy Roddick. Taylor Fritz dominance in the boys’ circuit of Grand Slams in 2015 proves it all. He is also the fastest American ever to reach an ATP final, accomplishing the feat in just his 3rd career event.

Young and Blazing, that’s what Chung is all about. He is just 19 but he already ranks 51st in the world. Chung is the upcoming Ninja boy after our favourite one, Kei Nishikori. He is also one of the best young Tennis players in the world currently. Chung has won 5 ATP Challenger events and 4 ITF Futures Championships.

Who do you think has the greatest potential to become the World no.1 out of this lot? Write to us in the comments. J