INDIAN SPORTS RAGS TO RICHES STORIES | Bill Gates once said “If you’re born poor it is not your fault. If you die poor it is your fault”.  The richest man in the world didn’t start out rich. Many legendary sports stars of our India are also proof that where you come from is not where you’ll end up. They are proof that grit and determination can change your fate and that success is in your hands. They are children of farmers, laborers and petty shop owners.  These stars have seen severe hardships and their families have had to sacrifice a whole lot to put them on the path of success. Despite coming from such simple homes, with all odds being thrown against them they found a place in the world for themselves, went on to receive national awards and international acclaims by just working hard for something they love and never giving up.

So here are 10 ‘rags to riches’ stories of Indian sports stars that will inspire you.

A co-owner of Ranchi based Hockey club, Chennai based Football club Chennaiyin FC; a man under whose captaincy India won the world cup in 2011; a man whose life is so inspirational a biography movie was made based on his untold life in 2016 which broke the box office in less than a week; The legendary man who took India by a storm, MS Dhoni.

Although his family originally belongs to Uttarakhand, Dhoni was born in Ranchi where his father Pan Singh worked in a junior management position with a private sector company. Dhoni excelled in sports in his school and was selected to play cricket for the 1997/98 season Vinoo Mankad Trophy Under-16 Championship. Later, he joined Indian Railways and worked as a Train Ticket Examiner (TTE) at Kharagpur railway station from 2001 to 2003. His colleagues remember him as an upright and honest worker, with a mischievous side to him.

Check out: 8 Times MS Dhoni Proved Us Why He Is Irreplaceable

Dhoni holds numerous captaincy records such as most wins by an Indian captain in Tests and ODIs, and most back-to-back wins by an Indian captain in ODIs. He received the Rajiv Gandhi Khel Ratna Award in 2007 and the Padma Shri in 2009. Dhoni is now the Vice President of India Cement Ltd., the company that owns the IPL team Chennai Super Kings.
In June 2015, Forbes ranked Dhoni at 23rd in the list of highest paid athletes in the world, estimating his earnings at USD 31 million.

Mangte Chungneijang Mary Kom, better known as Mary Kom, was a boxer from Manipur. Kom was born in Kangathei, Manipur. Her parents, Mangte Tonpa Kom and Mangte Akham Kom, worked in jhum fields, surviving on subsistence agriculture. She used to help them in the fields and take care of her siblings too since she was very young. Mary had to overcome a lot of opposition to take up boxing, a sport that has traditionally been considered masculine.

Now she is a five-time World Amateur Boxing Champion and the only woman boxer to have won a medal in each one of the six world championships. She is also the only Indian woman boxer to have qualified for the 2012 Summer Olympics, competing in the flyweight (51 kg) category and winning the bronze medal. She also won the first ever boxing gold medal for India at the Asian Games. A woman so inspirational a movie about her life was made and enacted by Priyanka Chopra herself.

Read this: EVERYTHING YOU NEED TO KNOW ABOUT ‘THE MAGNIFICENT’ MARY  KOM

Milkha Singh used to walk 10 km barefoot to reach his school in the part of Punjab that’s now in Pakistan. He watched his parents, brother and two sisters murdered in front of his eyes in the violence triggered during the partition of India and Pakistan.

Milkha was lucky enough to escape. He went on to live briefly with his married sister before moving to a refugee camp in Delhi. He was also jailed for some time in Tihar for travelling on a train without a ticket. Later his sister sold her jewellery to secure his release. Disillusioned with his life, Milkha even considered becoming a dacoit. But he was persuaded by a friend to join the Indian Army in 1951. It was here that he was exposed to athletics and received his training.

Deepika Kumari’s journey is a classic case of an individual fighting her way out of obscurity. Currently World No. 2 archer, Deepika Kumari won a gold medal at the 2010 Commonwealth Games in the women’s individual recurve event.

Shivnarayan Mahato, an auto-rickshaw driver and Geeta Mahato, a nurse in Ranchi Medical College, are the proud parents of the gold medalist. The parents stay at Ratu Chati village, 15 km from Ranchi. Since the family was unable to afford professional archery equipment, this gutsy woman started practicing with bamboo-made bows and arrows.

Deepika Kumari was conferred with the Arjuna Award, India’s second-highest sporting award, in the year 2012.

The 2008 Beijing Olympics Bronze Medalist, Vijender Singh, is the son of a bus driver with Haryana Roadways.

His father drove buses overtime to pay for Vijender and his brother’s schooling. In order to ensure a better life for their poor family, Vijender and his elder brother Manoj decided to learn boxing. After Manoj succeeded in entering the Indian Army in 1998 with his boxing credentials, he decided to support Vijender financially so he could continue his boxing training.

In January 2010, Vijender Singh was awarded the Padma Shri for outstanding contribution to Indian sports.

Born in a poor household, PT Usha’s father earned his living through a small clothing store. Usha went through numerous health problems at a young age. Once all struggles are grasped, miracles are possible. The 1986 Asian Games in Seoul saw PT Usha win 4 Golds and a Silver in track and field. From 1982-1994, Asia’s sprint queen hauled in 4 Golds and 6 Silvers in four Asian Games. Her most unbelievable run was at the Asian Athletic Championships through the decade, where she won a total of 22 medals, more than half of which were gold (14, exactly).

Success is never as interesting as the struggle. Apart from the Padma Shri and Arjuna Awards, Usha garnered a total of 30 international athletic honors and titles for excellence in athletics and more than 100 medals.

Their father worked as a muezzin in a mosque and earned very little. Yusuf and Irfan grew up in the mosque where they had their first cricket lessons. For a long time, Irfan didn’t even have proper cricket shoes. Despite their struggle, the boys persevered and went on to play for India.

From a boy whose deliveries wouldn’t reach the other end of the cricket pitch in the beginning to the Player of the Match in a World Cup final, Irfan Khan Pathan has more than 100 Test wickets to his name. Yusuf is known for his tremendous batting performance with raining boundaries and sixes.

In September 2014, the Pathan brothers jointly launched their dream venture — The Cricket Academy of Pathans (CAP). The Academy has tied up with former India coach Greg Chappell and Cameron Tradell as chief mentors. Chappell coaches the coaches at the Academy.

There is no denying that it might be a monumental year for Indian women in sports. OP Jaisha is one woman who struggled just to make it onto the field. Born in North Kerala’s Wayanad district, her father met with an accident when she was just five. It was up to her depression-ridden mother to look after all three daughters.

Their only source of income, three cows died after her father’s accident which led to the family starve for days at times. Even, she used to eat mud to survive on a few occasions.

From walking miles and selling milk to Rio Olympics qualification is indeed huge.

At first, she finished with a bronze in the 1500m at the Asian Games and followed it up by breaking the 19-year old women’s marathon record at the Mumbai Marathon.

She is the first Indian woman to win an Asian medal in race walking.

The fastest walking Indian girl belonged to one of the most impoverished of villages in Punjab and was unaware about the sport till she got into it. She was like any other girl till her father passed away owning to a cardiac arrest.

Her mother was forced to take up low-status jobs at houses of other people to keep the family running.  But Khushbir decided she would not give up and her determination finally paid off when she won the 2008 Junior Nationals without even wearing shoes.

Before fame, he used to survive on a mere 10 Rupees a day. His father was a watchman in a shopping complex and he always wanted his son to join the army. His mother worked as a nurse and spent a considerable amount of her earnings on Jadeja’s kit. Jadeja lost his mother at 17 and that so devastated him that he wanted to quit everything. But then he remembered his mother’s last wish – to see her son don the national colours. Today, Jadeja is one of India’s leading all-rounders.

These stars are not just hardworking, but indeed true leaders. Identifying their potential and taking the courage to follow their passion, defying all odds, staying strong through their struggles is definitely the reason why they are celebrated as the heroes of our nation and worldwide.

A lot to learn and take back from these hustlers, to begin with, would be to have faith in ourselves and our journeys and to never give up! Persistence is key. But being persistent at what you love is the real fight!

Read: 15 Inspirational Sports Quotes that will lift your spirits 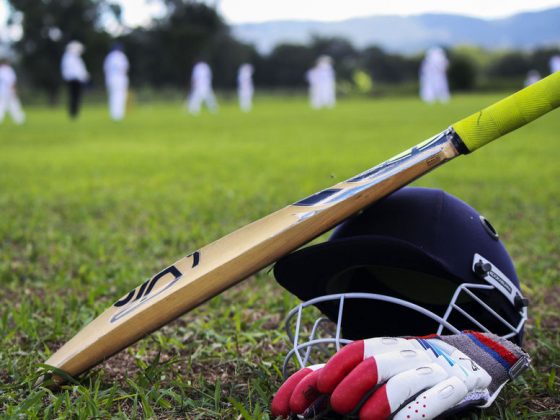 10 Must-Own Cricket Gear If You Play The Sport Regularly 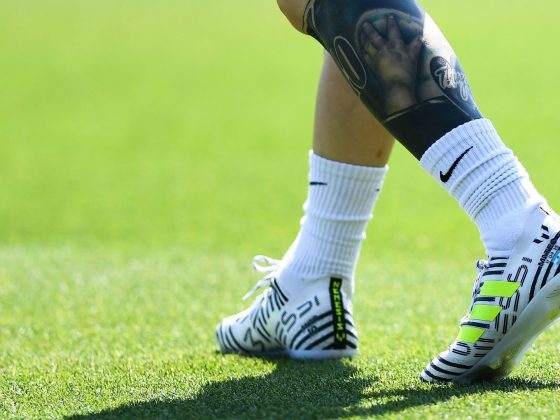 [Quiz] Match The Football Players With Their Favourite Boots