Online cricket getting more and more popular due to COVID-19? Cricket is the most popular sport in India, bar none. It is considered a religion in the country, with most young kids having played at some point while growing up. Millions harbour dreams to put on the blue jersey of the Indian cricket team at some point in their lives.

The national team is revered, with the likes of Virat Kohli and Mahendra Singh Dhoni having huge fan-followings. But, losses are scrutinised to an agonizing level, with the team often facing adverse reactions upon particularly galling defeats. This environment has led to Indian Premier League (IPL) becoming the hottest and most lucrative T20 tournament in the world. Cricketers from around the world trying to make it to a spot on one of the eight IPL teams.

However, due to the pandemic, IPL has been postponed, and there is a chance that it may not be held. Cricket fans all over the world have been deprived of one of the showpiece events on the cricket calendar. However, they can make up for this virtually, with a variety of mobile cricket games available to pass time. World Cricket Championship (WCC) is at top of the pile, and announced a ‘signing’ which takes it to next level.

Nextwave Multimedia, the group which owns the WCC franchise, has signed a deal with Aakash Chopra, former Indian Test opener and now a commentator, to provide commentary on the newly-launched WCC3 game, the next iteration of the WCC franchise. This marks a milestone as it is the first time a professional cricket commentator will provide commentary for a game in India.

This move is expected to drive even more fans towards the game; not that WCC needs it, with 2.5 million daily active users and 10 million monthly active users from the likes of Pakistan, Bangladesh, UAE, UK and even the USA, besides India of course. Since the pandemic and lockdown situations began, WCC has seen a 20% rise in its revenue. In-app purchases growing by over 100%, and active users also increasing by 25%.

This illustrates just how people are going online and turning to mobile games as an alternative form of entertainment during the lockdown, with even other forms of mobile entertainment, such as online casino games, growing in popularity during this time.

WCC is now on track to go past 110 million downloads. This provides huge opportunity for brands to get onto the game as well, as there is a large captive audience. As seen by daily and monthly active users, cricket-focused brands can do especially well on a game like this, which has become the leader in this space.

Chopra has said that he is excited to get on the platform, and will be a test of his skills. Commentating on a live game is completely different to calling the shots on a virtual cricket match. Here literally anything can happen on every ball and there is no sense of a narrative or momentum being seen.

WCC3 has even more features, with more shots, better controls, better graphics and animations. Motion-capture of some of the leading cricketers, and better AI is used to create a more balanced and better gaming environment for fans. It promises to be one of the best cricket games out there yet again. 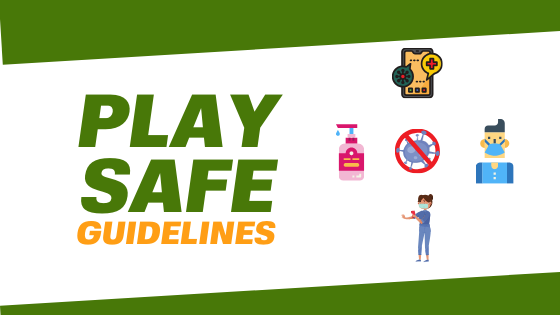 Covid Guidelines to #PlaySafe in these times