Cricket World Cup Round-Up | As we enter the climax of World Cup 2019, let’s have a look at the final stage of group matches.

The young Avishka Fernando (104 off 103) carried the Sri Lankan innings once Dimuth Karunaratne was out for 64 off 51. Quick fireworks by Lahiri Thirimanne, at the end with unbeaten 45 off 33 helped Sri Lanka put up a daunting 338/6. Although none from the top four could really play big innings from the Windies, Nicholas Pooran rose to the occasion. He smashed 118 off 103 and ensured West Indies did not surrender.  He was there till the 48th over and helped his team past 300 runs. Fabin Allen was brilliant with 51 off 32. But once Pooran was gone the tail could add only seven runs and eventually lost the match by 23 runs. Lasith Malinga was the best bowler with 3/55.

Putting to Bat first Rohit Sharma (104 off 92)  hit his fourth century of this World Cup. He became the second Indian to register more than 500 runs in a single edition of this mega event after Sachin Tendulkar.

Rohit and KL Rahul (77 off 92)  added 180 runs for the first wicket and made another record for India in World Cup for first wicket partnerships. Rishabh Pant scored 48 off 41 and Dhoni added 35 more off 33 balls. India finally finished with 314/9.

Mustafizur Rahman took 5/59. In reply, Bangladesh started off decently as Shakib Al Hasan (66 off 74) scored yet another half-century. The later part saw Mohammad Saifuddin scoring 51 off 38 but none from the top could capitalize on the good starts. Jasprit Bumrah took four wickets whereas Hardik Pandya scalped three. India won the match by 28 runs and became the second team to secure their plan in the semi-finals.

England delivered yet another good performance to enter the next stage of the tournament. The opening duo carried the innings to set a score of 305/6. Jason Roy scored 60 off 61 whereas Jonny Bairstow was terrific with 106 off 99. Eoin Morgan, the skipper added 42 more. Trent Boult, Matt Henry, and Jimmy Neesham scalped two each. On the contrary, it was an absolute collapse on the Kiwi side. Tom Latham was the highest scorer with 57 off 65. Mark Wood took three wickets.

West Indies, batting first scored 311/6 as most of the batting line delivered. Evin Lewis and Nicholas Pooran scored 58 each, Jason Holder added 45 off 34 balls, and Shai Hope ended as the highest run-getter with 77 off 92. In reply, Afghanistan tried to chase it down with utmost determination. Ikram Ali Khil (86 off 93), Rahmat Shah (62 off 78), and Asghar Afghan (40 off 32) tried to continue the chase. But a collapse at the slog made it impossible for the Afghans. Carlos Brathwaite (4/63) and Kemar Roach (3/37) ran through the lineup.

This match officially ended the journey of Pakistan’s World Cup campaign. They had a mathematical chance of entering the semi-final by registering an impossible win against Bangladesh. Imam Ul Haq (100 off 100) and Babar Azam (96 off) set the momentum for another high scoring match. Imad Wasim added 43 off 26 towards the end and Pakistan finally finished with 315/9. They had to all out Bangladesh for seven runs which was absurd. Bangladesh 221 runs. Thanks tp Shakib one again for 6 off 77. Shaheen Shah Afridi, the youngster was a revelation who grabbed six wickets and send Bangladesh home.

The match saw South Africa finally performing at far in their last match in the World Cup. Batting first, Faf du Plessis scored a 94-ball 100 and Rassie van der Dussen added 95 runs off 97 balls. They put a mammoth 325/6 although the result did not matter much. Australian batters, in reply, failed to chase it down and were all out for 315. But David Warner continued his good form and scored his third ton of this tournament. His 122 off 117 and Alex Carey’s 85 off 69 were only the good part of the chase. Kagiso Rabada took three wickets while Dwaine Pretorius and Andile Phehlukwayo scalped each. Australia finished the group stage in second place.

Vijay Shankar was ruled out of World Cup 2019 due to a toe injury. Mayank Tiwari has replaced him.

Usman Khawaja and Marcus Stoinis were ruled out following injuries. Mathew Wade and Peter Handscomb are the replacements.

Let’s look at the final standings in this list of Cricket world cup round-up.

In summary, this is the cricket world cup round-up for this week. Who will take home the cup? We have to wait and see. 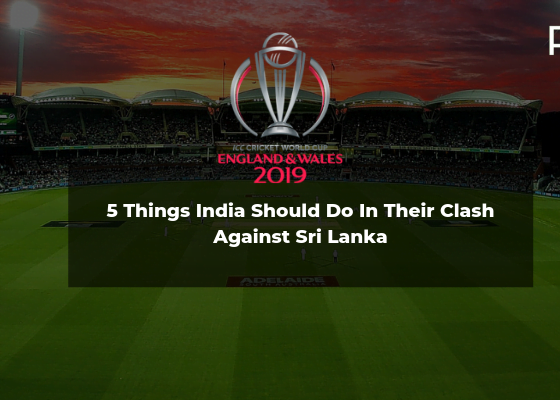 5 Things India Should Do in Their Clash Against Sri Lanka 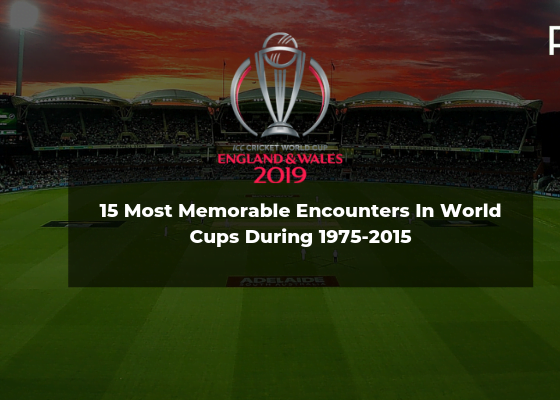