India have breezed through to the semi-finals. This is their 7th in 12 World Cup appearances, and it will be reasonably fair to say that there was a touch of inevitability attached to it. They were stretched on a couple of occasions, but that is the nature of the mega event where no team has proven to be invincible.

With a league game still in hand, and the knockout phase set to commence next week, India could tie loose ends and experiment when they face Sri Lanka at Leeds in an inconsequential game on Saturday. Here are 5 possible things India will be looking to get out of their contest against Sri Lanka:

#1. Give Rohit Sharma a breather:

India’s vice-captain has hit the right note in the ongoing World Cup . He became the second Indian after Sachin Tendulkar to amass more than 500 runs in the quadrennial event. India, however, might want to give him a break. In order to keep him fresh for sterner battles in the business end of the tournament it’s desirable to. In his absence, Mayank Agarwal could be handed an ODI debut. This will give India more options going ahead in the tournament.

#2. Ravindra Jadeja deserves a look in:

Barring Mayank, who joined the team a few days ago, Jadeja remains the only player in the squad who has warmed the bench during the entire tournament. His frustration was evident when he tore into Sanjay Manjrekar. He did so as as a retort to a remark made by the former cricketer on the all-rounder’s abilities.

Jadeja, however, must be given an outing especially since India are likely to play their semi-final clash at Edgbaston in Birmingham. The pitch at Edgbaston has offered turn but India went in with only a sole spinner in their previous match against Bangladesh after their twin wrist spinners were tanked by England. England had targeted the short 59-meter boundary, at the same venue. Jadeja, who turns the ball away from the right-handers will be a much better bet than Kuldeep at this venue and will offer more control. It is only prudent to give Jadeja some game-time before the all-important semi-final.

The toss has proven to be very important in the second half of the tournament. The teams have gone with the age-old formula of putting runs on the board and applying pressure on the chasing sides. Barring the first game against South Africa, India have chased only on a solitary occasion where they failed to overhaul the steep target set by England. India must look to chase against Sri Lanka for they might be forced to do so during the knockout stages. If they overhaul a stiff target, India will tick all the boxes. This will get them raring to go to the semi-finals.

Pant has proven his mettle at the all-important No. 4 spot by scoring runs at a brisk pace. In two innings, the swashbuckling batsman has scored 80 runs at a strike rate of 114.28. He might not have converted his twin starts into a half-century but helped India gallop quick runs in the middle overs, somewhere they have largely struggled in the last couple of years. India must continue backing the young batsman at two drop.

The Indian middle-order has been sluggish during this tournament and one of the reasons behind it is the lack of time in the middle due to a stellar show by the top order. The likes of MS Dhoni, Hardik Pandya and Kedar Jadhav have faced only 239, 135 and 99 balls respectively in stark comparison to Kohli, Rohit and Rahul who have faced 424, 561 and 341 balls respectively. It will be a good idea to give Dhoni and Pandya a promotion in order to allow them to be ready to bat in any situation ahead in the tournament.

Will we bring home the cup? Only time will tell. 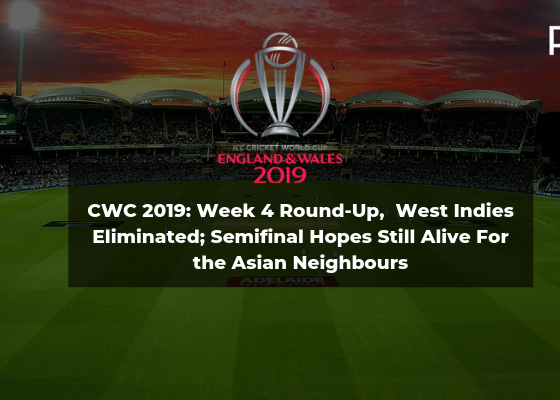 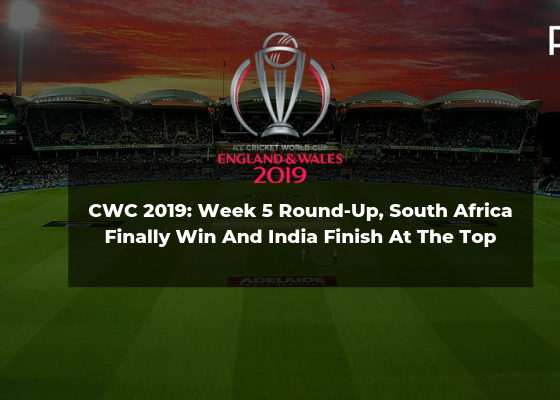