A little tribute to the greatest legend in cricket history.

Sachin is often referred to as the God of cricket by his fans because as a sportsperson he has ruled the sports for over two decades and is the only player to have scored 100 international centuries.

India is proud to have been part of this journey! Here is a concise account of this widely celebrated cricketer and his achievements in honour of his 49th birthday this month.

Born on the 24th of April in 1973, Sachin Ramesh Tendulkar made his first debut as a 16-year-old playing against Pakistan in a test match. Rising from this his ability to bring his best to every match he played allowed him to break long-standing records and create new ones.

Soon he was made the captain of the team, but resigned as captaincy didn’t suit him. His simplicity fuelled his popularity.

It is also said that during his childhood, he was known as a resident bully, on seeing this his older brother encouraged him to play cricket in order to divert his energy. This is when he started his career under coach Ramakant Achrekar. On the advice of his coach, he joined Sharadasharam Vidyamandir High School which had a rich cricket culture. His star performance had the audience and his peers predicting future prospects.

His batting techniques and dedication to the sport got him a spot in the One Day International (ODI) in 1989. From here his favourite performances were:

– In 2007 he completed 11000 test runs and became the leading run scorer from India. He was able to demonstrate his awesome batting skill when he scored 493 runs in four test matches for the Border-Gavaskar Trophy.

For the 2011 World Cup, he made 482 runs including two centuries! He won his first World Cup victory during the India- Sri Lanka match.

After this, in 2013 he decided to retire, bidding his fans an emotional farewell. Apart from these achievements, he is also the youngest sportsperson to revive the Bharat Ratna Award at age 40. He is also the first sportsperson without an aviation background to receive the honorary rank of Group Captain by the Indian Air Force.

Therefore, here’s some information for that clueless sports buff on the God, the man, the legend, Sachin Tendulkar. Thank you for making India proud and for showing the kids who play Galli Cricket that humble beginnings can take you places! 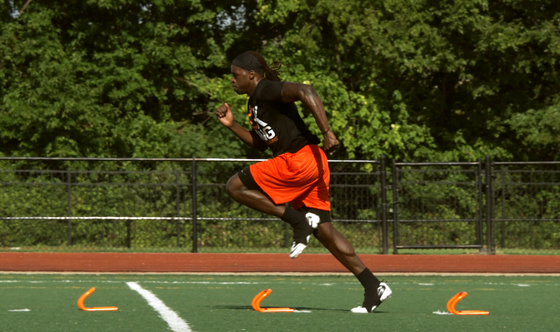 Need For Speed – How To Train For Speed In Football

The Evolution of IPL Over The Years