TENNIS STARS THEN AND NOW | Did you ever think that Tennis today would be so different when compared to Tennis in the olden days? Woahhh! It has grown phenomenally, isn’t it? All the center courts in Grand Slams are now operating with roofs so that none of the important matches are pushed due to rain. And the standard of Tennis we see today, the shot making, the youngsters coming out to dethrone the legends of the game, the sport itself has evolved beautifully.

With the sport, these fabulous men and women who have contributed so much to the growth of the game have also changed tremendously for good. We have put together a compilation of our Tennis stars from the years 2007 and 2017, during the Ten-year span and how much they have changed. Well, this might look surprising to a few of us. Let’s take a look:

Ahhhh! How did you like it? Who knew that Stanislas Wawrinka will go on to win 3 Grand Slams in the past 5 years? Who expected Federer to still stay on the leader board? Serena Williams finally got to cross Steffi Graf’s landmark and Rafael Nadal completed La Decima at the French open in 2017. So much has happened in Tennis in the last 10 years. All in all, the ATP circuit has seen some sheer dominance of the big four in the game.

The World no.1 race has always revolved around Roger Federer, Rafael Nadal, Novak Djokovic and Andy Murray. Although Stan Wawrinka came closer to “Big-four” he was not able to get to the throne. But one must definitely acknowledge him for the fabulous fight he has been putting up in the past few years. He was being so consistent in the Grand Slam finals and being a huge nightmare for Novak Djokovic.

Did you think that 2017 will turn out to be exactly like 2007? Roger Federer winning the Australian open and Wimbledon so far. And Rafael Nadal winning the French open, it has been a pretty good dominance of these legends so far. Will Roger Federer get to take home one more Grand Slam at the US open 2017 and complete his great 20? Will Rafael Nadal finish this year as World no.1? We have a lot of questions that will be answered at the end of this season. But 2017 sure does look like a dream year in Tennis that none of us ever imagined at the beginning of the season.

Let’s wait and watch for the mystery to unfold in the days to come.

Your Favourite Tennis Players Have Some Crazy Diets. Read Ahead! 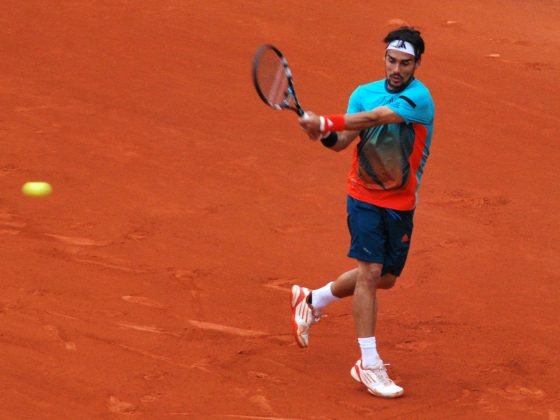 5 Drills That Will Help You Nail The Tennis Backhand