In early days, the sports that made up an Olympic gathering were largely selected by the competitors themselves under guidance from their host countries. In 1900, the Games were held in Paris. The French, being adept at the game, decided to put croquet on the calendar. Ten players signed up, all French.

The opening event was a doubles match between the team of Gaston Aumoitte and Georges John and ….. no one. No other team showed up so Gaston and Georges walked off with the gold medal, and, presumably also the silver and bronze. In an angrier world, a bit of unrest might be expected from the grandstand among those who had paid to watch a no-contest bout, but on this occasion, decorum befitting the game of croquet prevailed. There was only one spectator, an Englishman who had traveled all the way from Nice to watch the nail-biting tussle.

Was the Olympic Committee discouraged? Of course not. Croquet made a repeat appearance in 1904, only in its American version, which is called roque. This is played on a hard surface surrounded by a bank. As the Games were held in St. Louis there was not a large contingent of foreign players; in fact, there were none. Only the Americans fielded a team, which made for a predictably boring tournament.

Croquet or roque have remained off the Olympic agenda ever since.

From 1912 until 1948 art competitions formed part of the Olympics – On your marks, get set, PAINT. The man who resurrected the Ancient Olympic Games into their modern form, Baron Pierre de Coubertin, wanted art included, and so it came to be.

Medals were awarded in the disciplines of sculpture, painting, architecture, music, and literature. All of the creation had to be inspired in some way by sport. But, this was not a gripping display of athleticism. Artists created their entries before-hand and juried judging took place during the Games. That does sort of taking away from the spontaneity and anticipation of a tournament. The best sketch of nude reclining in under five minutes might have created some pizzazz.

One imagines the play-by-play announcer struggling to make the art Olympics gripping. “The French judge is now giving a close inspection of Tarquin Snodley’s granite sculpture ‘Peanuts Have Feelings Too.’ He seems deeply impressed by the chisel work and he’s moooving ooon tooooo zzzzzz.”

Could it be that the change from one century to the next made people go squirrely (remember Y2K), but we’re back to Paris in 1900?

One sport is rather quaintly listed on the program as “automobilism.” There were 14 separate races. One was for a seven-seater car and bizarrely only a silver medal was awarded to an “unknown driver” at the wheel of a Panhard-Levassor. The “small car” Paris-Toulouse-Paris race of 1,347 km was won in a time of 45 hours, 49 minutes, and 35 seconds. The second-place finisher was 12 hours behind. The winning driver was one Louis Renault. Wonder what he went on to do?

Only one person, Gilbert Brown of the United States, was able to break the stranglehold the French had in all competitions. He won in the fire truck category and it appears there were no other drivers.

In August 600 anglers showed up to compete in four separate events. However, the whole contest is surrounded in mystery; nobody seems to have discovered any results. Perhaps, they’re still evaluating claims.

Hot air ballooning was a big thing in – guess when? – correct, Paris 1900. There were 18 separate contests, one of which was to drift over a target on the ground and drop a missile as close to the bull’s eye as possible. The Comte Henry de La Vaulx figures prominently in the winner’s column.

The ballroom dancing fraternity has long campaigned for its activity to find a place on the Olympic stage. Well, why not?

The Winter Olympics includes ice dancing and no one can say that doesn’t involve a great deal of athleticism. For a while (1988 and 1992) ski ballet was an Olympic sport, but it lacked the grace and fluidity associated with dancing. It seemed to involve a number of somersaults launched from a standing position supported by ski poles. Not very elegant.

So why not ballroom dancing? Or poll dancing even? (Vertical dance if you want a term with less salacious overtones). Believe it or not, there was an online petition doing the rounds seeking to get this exotic activity accepted into the Olympic fold.

The Paris Olympics of 1900 had several unique events such as live pigeon shooting, kite flying, and equestrian long jump. The actual Games lasted from May 14 to October 28.

Olympic gold medals aren’t actually gold; they are made of silver with gold plating.

Competitors in the original Olympics Games in Ancient Greece competed stark naked, so it was bound to happen that somebody would want to resurrect that idea. Now, Nude Olympics are held in several places including beaches near San Francisco and Adelaide, Australia.

Read: 8 Sports That Got Kicked Out Of The Olympics 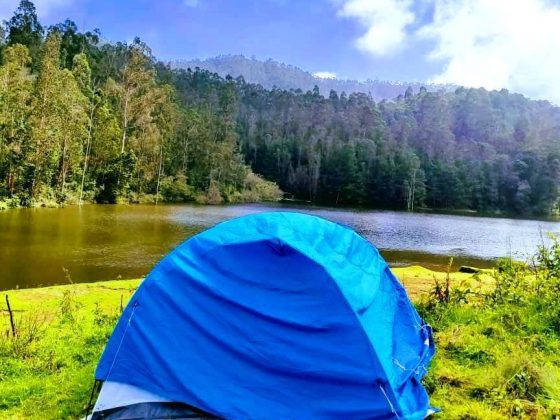 Looking For Some Trekking Weekend Getaway? We Have A List For You!