There are so many types of footballers, but we bet you can relate to some of these !

You don’t see a Ronaldo in every team, you sometimes need a Suarez, else Football wouldn’t be fun. Every Football Team has the guy that runs crazy, the guy who breaks into a dance, the guy who waves a kiss to the cutest girl in the crowd and sometimes the guy who does nothing. Here’s a list of the 16 kinds of Football players you get to find in a squad.

If you don’t know to dribble, then you don’t know Football. But there’s always a guy on the team who does it better than the rest. And he is the one to watch out for. You miss your concentration for a second, he gets the ball past you and pockets it too soon.

The easiest of shots look like a Herculean Task for him. The Screw-Up scoring a goal or completing a pass is like a “Dream come True”. Don’t count him out yet. He might surprise you. Ahhhhh! Here we have Mr. Mirror-Act aka Copy Cat. Loves to imitate his favourite players. The Beckham Free-kick or the Ronaldo Celebration or Zlatan’s Cheesy lines, he’s got everything in his pocket. This is the guy you go to for all your Football gears. He’s got it all covered. The Shin Guards, the Goalkeeper gloves or even the Football, he’s got everything inside his car’s trunk. Too Quick, Too Cool, he’s the Lightning Bolt you want in everybody’s team. His monstrous speed is a nightmare to the opponents. Yeah, you got it! He’s the super-hot, good-looking one of your team. Just a wave and the crowd goes crazy (considering we have got a crowd 😛 ). “You shall not pass” – The motto of the Gandalf a.k.a Super-Defender of the Team. You’ve got yourself a saviour if you have this guy. Whenever you are up for a football match, this one is always on the bench, warming it. Why? Injury is his best friend.

This is the guy you never pass the ball to, and why? Simple, because he never ever passes the ball. He takes the plunge and wants to score every goal. Quite a Robben eh? The Super Ninja and the Sergio Busquets of your Team, needs no other explanation. He dives before he could even get a shot at the goal. What a joke! This one loves to be all over the place. Be it the defender, the mid-fielder or the forward, he wants to play every single position. And sometimes becomes the goalie himself and catches the ball. Dude!!! You cannot catch a ball man, it’s called a Hand Ball. Forget it! The Captain of the Ship and the one who controls the entire game. He is the most feared one on court. Beware! He might belt you off with his awesomeness. One time he is on the field sleeping, the next time you catch him moving all over the court chasing the ball, He is the unexpected. You never know when he could come in Handy. “So we are playing football tomorrow at 5 pm”…. There comes a voice saying “I’ve got work to do. I’ll join you guys the next time”. For Mr. Procrastinator, next time never comes and excuses are just his thing. An open goal but still a few tricks to mesmerize people around and then aim for the shot, that’s classic Mr. Show-off. Never gets away easy with anything. Watch properly. There’s always a guy in your team who likes picking a fight with the opponents just to mess up with their head. Thank him later for what he did *winks* And there are people who go unnoticed. Sincere apologies to Y’all people. You gotta fill our limited memory, so take it to the comments and let us know. 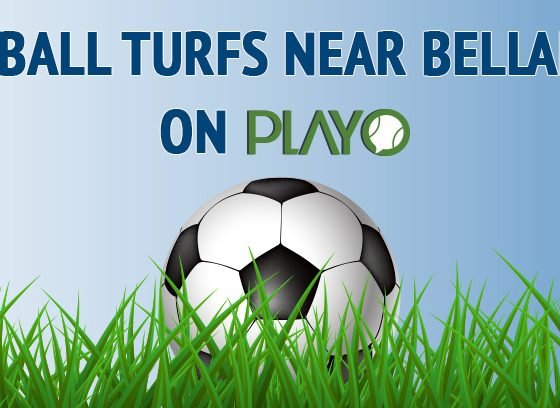