Since then, the viewership, the ratings, and the entire fanbase for women’s cricket in India has increased to such a massive extent and is only going upwards from here. While the Ramesh Powar spat did leave its enduring mark, things are looking fantastic as far as the Indian Women are concerned.

Here are five reasons the E need your support:

Ever since the Indian men’s triumph in the 2007 World T20, the cricket scene in the country has taken a different route. With the Indian Women finishing third in the 2018 World T20 in the Caribbean, it is clear that women’s cricket is on the ascendency. One thing is clear – that Indian women’s cricket is beginning to get the recognition it deserves.

#2. The Impact on Women in India

It was only in 2016 that the women’s team in India began getting recognition. And ever since then, it was clear that cricket was much more than just a hobby – as far as the Indian Eves are concerned. In recent times, there has been a rampant following, even in the case of domestic matches. This has been the impact of women’s cricket in India so far.

As of the penultimate season of the Women’s Big Bash League (played in Australia every summer), there have been three Indian women’s cricketers who have featured in the WBBL. Veda Krishnamurthy (Hobart Hurricanes), Harmanpreet Kaur (Sydney Thunder), and Smriti Mandhana (Brisbane Heat) currently feature in the WBBL, something that has ensured that Women’s cricket in India is taken more seriously.

The 22nd of May 2018 was a red-letter day as Indian Women’s cricket was concerned with the Smriti Mandhana-led Trailblazers took on Harmanpreet Kaur’s Supernovas. While the latter won, the fact that the BCCI was even considering having an Indian Premier League exclusively for women is something marvellous.

With the match producing a thriller in the Wankhede Stadium prior to the men’s final was also something special. The Supernovas ended up winning by three wickets as the match went down to the final delivery.

#5. Smriti Mandhana and Jemimah Rodrigues – A peek into the future

Two of the hottest talents in the Indian Women’s circuit today will definitely have to be Smriti Mandhana and Jemimah Rodrigues. Both women have proved to be extremely talented and what’s more, is the fact that they are clearly a peek into the future as far as women’s cricket in India is concerned.

Both have also opened the batting several times and ensured that their sides have had good starts. While Mandhana has already been signed up and touted for big things in the shorter formats of the game, Rodrigues is currently en route to becoming a mainstay of the Indian Eves’ side. 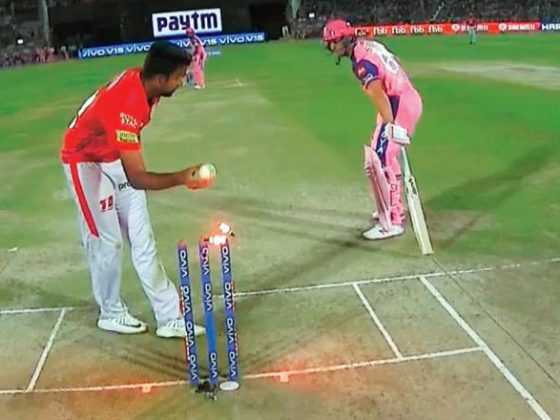 IPL 2019: The Not So Glorious Past of Mankading