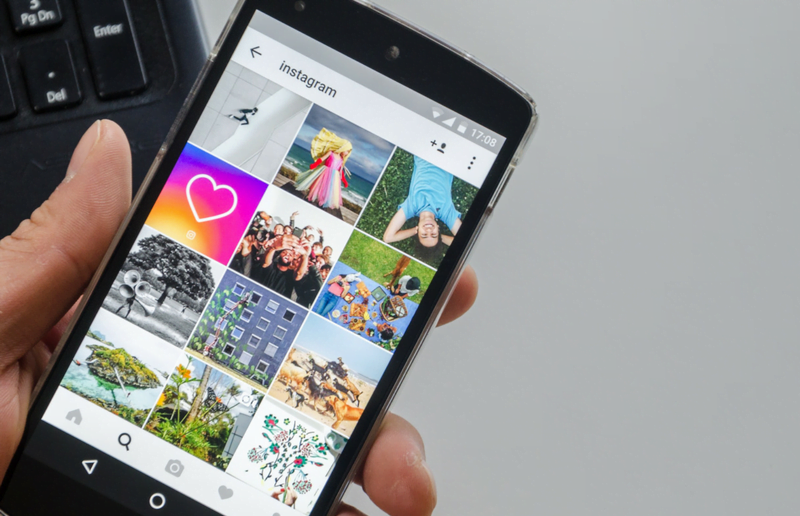 By Mahesh Mali on April 25, 2018 1 Comment
Share this on WhatsApp
Here are 5 sports personalities you must follow on Instagram straightway!
ViaInstagram has grown immensely in last few years and people from all over the world are using this platform to show what they’ve been up to.

Instagram claims to have 800 million monthly active users and 500 million who use it every day.

Among those, nearly a billion accounts are thousands of celebrity-run pages. And the sports world is no stranger to the trend.

Many professional athletes look to find outlets for their creativity, whether it’s on the field or off it. They are eager to share their silly, glamorous, and behind-the-scenes moments with their followers and fans. And Instagram is surely a great platform for that.

I’m a huge fan of this Russian professional tennis player. She is Olympic medalist, she is one of ten women, and the only Russian, to hold the career grand slam. oh, and did I mention she’s super fit and pretty?

There are photos of her dancing at Colosseo Rome, boating in Montenegro, fashion shows in Paris, a sunset in Sarasota.

Prepping for an Easter egg hunt 🐥

Who the best football player on the planet? it may be up for dispute, but CR7’s supremacy over the rest of the footballing world on Instagram is not!

But, Football being the global game, he’s certainly the most high-profile athlete on the planet. So, it is no surprise that people want to know about him, his lifestyle.

Ronaldo typically posts pictures of himself on the pitch or in training or in the gym, working out and pumping iron.

According to many people, including Brazilian legend Pele, he is a better footballer than Messi & Ronaldo.

Let’s not debate about it here. We all know how brilliant he is on the field for Paris Saint-Germain and the Brazil National Team.

And as his Instagram shows, he has his fun off the pitch, too, From selfies with celebs like Arnold, Jackie Chan to hanging out with kids, or from hopping on motorcycles to poker games.

Is there anything David Beckham isn’t good at?

When this multi-talented footballer, designer, model and father-of-four joined Instagram to share his 40th birthday celebrations with fans, he instantly became the owner of the fastest-growing account in the world at that time.

He has garnered an incredible 5.5 million followers, reaching 1 million in just one day, snagging the record from the previous holder, my childhood crush Emma Watson.

His Instagram account is filled with a whole lot of variety, candid selfies, cutes snaps of his children, throwback classics, tribute posts for other athletes, adorable pictures of the family pets and occasional endorsements of Addidas, Haig Club whiskey, HOUSE 99, etc.

If you have watched LeBron James on the basketball court, you must be aware that his game is multidimensional.

He can drive to the hoop like a freight train, but he also has wondrous passing skills which helped him to appear in five consecutive NBA Finals!

His Instagram posts and stories are multidimensional as well. From his famous weight room dancing, working out, smoking a cigar to sipping wine in his driveway.

But whenever you see an Instagram Story from him pop up, you know it’ll be something entertaining!

The best thing about him is that he acts goofy and lets loose, and that’s what makes his Instagram great. It all feels genuine and unscripted.

For the culture! S/O my folks in the “305”. Always love forever! #LeBronWatch “South Beach”

This post is a product of my little presence on social media, so let us know whom I missed!