All the buzz around the return of Chennai Super Kings makes sense but do they still possess that special magic sauce?

“Sometimes the things we dream about are merely the heart’s way of protecting us from what we really want, and what we’re really afraid to lose”- S.L. Naeole

The legacy of CSK

One question that made even the most hard-core CSK fans deeply uncomfortable at the beginning of IPL 2018, was whether their beloved men in yellow could deliver the same spectacle and drama. These elements found them a place in the hearts of countless cricket fans all over India.

Even the team management is aware of the challenges that lay ahead.

“We will try and recreate some of the success that CSK had in the first eight years. 10 years on there is a lot of history.” said head coach Stephen Fleming.

To put the legendary stature of CSK into perspective, the team has won two IPL crowns and two Champions Trophy titles in addition to finishing IPL runners-up four times.

They also reached the playoffs stage in all eight appearances. CSK have the best win percentage among all teams in the IPL.

The good old group of Mahendra Singh Dhoni, Suresh Raina, Murali Vijay, Mithun Manhas, Ravindra Jadeja, Ronit More and Faf Du Plessis have also come together to bring that familiar feel to the side which will be going through a homecoming period as the entire tour gets adjusted to the return of the yellow lions hopefully.

To add extra drama to the mix, CSK opened the 2018 IPL season with a riveting opening round win against Mumbai Indians, elite opponents and worthy arch-rivals.

CSK and MI, in that order, are the most successful teams in IPL history and have played against each other number of times than any other two teams in the IPL and the rivalry continue.

The reception that CSK received from the partisan crowd at the high scoring MA Chidambaram Stadium at Chepauk, the oldest active stadium in India and one of CSK’s strongholds during their historic run chase against KKR was every bit as entertaining as an IPL fixture could possibly get.

Newbie Sam Billings helped CSK snatch the victory in their first 200+ run chase of the season.

However, the match against KKR, unrest over Cauvery controversy has led to CSK playing their remaining home matches at Pune.

How much of an impact this change has on the team’s results and morale remains to be seen!

Mahendra Singh Dhoni or “Thala” Dhoni as he’s affectionately referred to by fans, has been the calming influence. This helped CSK through tough matches and close encounters that swung the other way.

Despite being the most successful IPL team in terms of winning percentages, CSK doesn’t have a positive final conversion rate. This led to fans endure many painful losses including two finals against arch-rivals Mumbai Indians.

“Captain Cool” Dhoni has led by example in each campaign performing with the bat, the gloves and even with the ball for his team. Therefore, a stirring batting performance from him would only serve to skyrocket the confidence of the team. Hence, the love of fans as CSK return to the league and, hopefully, back to winning ways.

All in all, while we are few games into the 2018 edition, Chennai Super Kings have already shown glimpses of what made them. The most formidable team in the history of the IPL and will only get better as the matches go on!

The Evolution of IPL Over The Years 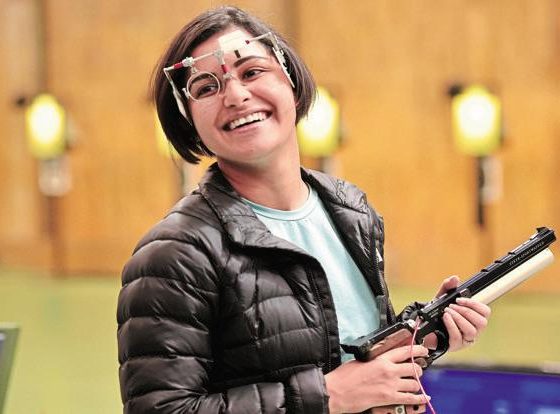 Heena Sidhu – All You Need To Know About Pistol Queen