You are at:Home»Sports Desk»Tennis»Let Us Explain You The Groundstroke In Tennis 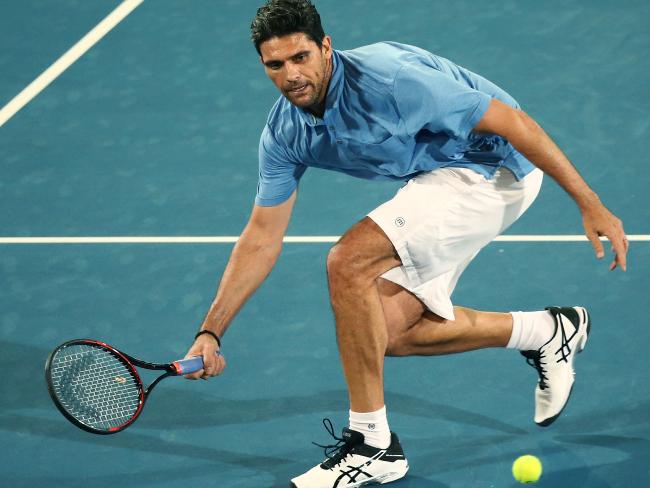 Let Us Explain You The Groundstroke In Tennis

By Rinkle Mehta on September 20, 2018 0 Comments
Image: News.com.au
Share this on WhatsApp

To become a better tennis player, every tennis player should know about the basic types of Groundstroke to hit.

“I play each point like my life depends on it.” –Rafael Nadal

Tennis groundstrokes are the fundamental shots in tennis. Groundstroke in tennis is a forehand or backhand shot that is executed after the ball bounces once on the court.

It is important to learn the basic methods for hitting groundstrokes so you can move on to more advanced techniques that can create more power, more spin, and more control in your game.

Players at the baseline will hit most shots with groundstrokes, either backhand or forehand, depending on whether the ball is hit to the right or left side of the body.

When a tennis beginner starts learning to play tennis, they first need to learn basic forehand and backhand technique as these will allow them to play.

One of the most common mistakes when learning to play tennis is learning the basic groundstroke technique from the start, which means that the player is being taught to make a full turn and execute a full swing at the ball.

This simply creates way too much power and swing speed and makes it difficult to control the ball well at such a short distance. Therefore we have to use specific tennis instructions for beginners in order to improve groundstroke in tennis and teach them to play tennis right from the first minute they’re on the court.

So, there are some ways to improve groundstroke in tennis:

Every player’s main objectives in executing the tennis groundstroke are accuracy and power.

There are three basic types of groundstrokes to hit: the defensive, neutral, and offensive shots. The defensive shot is when you are pulled off of the court to one side and usually behind the baseline.

The backhand groundstroke is a neutral or defensive stroke used on the non-racket side of the body after the ball bounces.  Being a tennis player is not an easy task.

Tennis is a tough sport and players need to maintain strength, flexibility, and mental concentration. With the help of yoga, players make their body stronger and less prone to injury.