How can you improve your first touch when playing football and why is it so important? The ability to control an awkwardly bouncing ball quickly and effectively during a game is vitally important at any level.

Your ability to control the ball and quickly move on with the game is critical to how your team plays and how you can hurt your opponent.

[pullquote]The poorer your first touch, the slower and more time it takes you to execute your next move which may be either making a pass/cross or running with the ball. If you’re being tightly marked in a game, a poor first touch will lead to you getting dispossessed of the ball which could possibly end up in the back of your own goal. [/pullquote]

Although it may seem so simple, it is far from easy, perfecting your first touch takes years of practice and real game time experience.

A strong touch and the ball will move farther away from you, the more energy you’d have to spend to bring it back under control, and the more you’d be under pressure from your opponents.

It may take years to ace the perfect first touch. The perfect touch of the ball when receiving a pass or a cross would make sure that the ball is well within your range, not too far or too close.

[pullquote]In a proper football match, the time and space provided to you are very fine, this requires you to react to situations quickly, maintain a 100% level focus at all times and possibly even improvise at times, this is when you’re the first touch is put to the test. [/pullquote]

A weak touch and you might fumble over the ball and look like a clown, it would again take you added time and effort to orient yourself and the ball before making your next move.

The perfect touch of the ball when receiving a pass or a cross would make sure that the ball is well within your range, not too far or too close. After taking the touch, you can then lift up your head and scan the field for a teammate in a better position to make a pass or attack the space ahead of you dribbling with the ball.

There are situations when a crucial first touch can take you away from your opponent tightly marking your position, this can help you break away from tight spaces and attack along with your team.

Remember that your first touch from a pass or cross received need not necessarily be using your feet, you may have to use your thigh, chest or even your forehead to do the same. A good player must learn to manoeuvre his body and change posture to receive and control the ball.

When your teammate makes you a cross-field pass from 40 yards away, the ball coming towards you will be fast moving with momentum and might even swerve in the air, in order to stop this moving object you’d have to keep constant eye contact, brace yourself for impact and control it by trapping it either using your feet or your chest. Sounds scary right? Well, it does at first, but remember practice is the way forward.

So how can one improve his/her first touch, well the answer is practice, practice and more practice!!! One of the best ways you can improve your first touch on your own is by juggling or doing keepy-uppies. Try to juggle the ball as much as possible, counting every touch you take.

Challenge yourself and better your previous high score, challenge your friends even. It will be painstakingly difficult and frustrating at first but the more you practice the more it will help you improve focus, ball control and patience.

For starters, it is important to keep your eyes glued to the ball, watch it move and learn its movement, try to be one with it as if it were an extended part of your body. Make sure every kick of the ball is controlled and soft, a strong kick and ball will soar higher and therefore become more difficult to control, a weak kick will lead to the same only the ball would be grounded.

Make sure you strike the ball with the palm of your feet at exactly its centre every single time, with practice you will soon pick up the knack and exactly where to kick to bring it under control. Another thing to keep in mind is to make sure to juggle the ball at knee level, this helps develop optimum ball control.

As you become better there are various other ways to learn to juggle, and this can be seen in the case of freestyle footballers. They are professionals who have mastered the art of ball control to the extreme, juggling the ball when sitting or even lying down, while walking and even climbing up poles!

Professional football players playing competitive football practice on improving their first touch through passing drills and training sessions specifically designed to do so.

[pullquote]These drills are aimed at simulating a real-time situation on the pitch, where the player is under pressure from the opponent, has very little space to move around and needs to react instantaneously.[/pullquote]

These drills can be carried out using two or more teammates, the best and most commonly played out drill is the “Rondo”.

In this particular drill, players are made to stand in a circle and two of them are selected to stand inside this circle. The players part of the circle are to pass the ball to one another taking only a single touch whilst making sure that their two teammates inside don’t intercept their passes.

Taking more than one touch or getting their pass intercepted will mean replacing a teammate inside the circle. If you can make twenty straight first time passes without getting intercepted, the group wins.

[pullquote]It is a fun and challenging way to improve your first touch and reactions at the same time fosters teamwork, you could even say that it is a sort of team building exercise.[/pullquote]

Another drill which is very similar but involves playing in a square rather than a circle can help you with your first touch as well. This square, however, is much smaller in the area, which means making quicker passes whilst taking fewer touches in a confined and congested space.

Other ways to improve one’s first touch is by combining elements of both quick passing and juggling, like practising one-touch shots on goal from slow and fast passes, crosses and set-pieces etc.

I am a football crazy person and I eat, sleep, breathe football. A die-hard Arsenal fan with a passion for writing on football and sports in general. For me football is not just a game, it's a way of life. 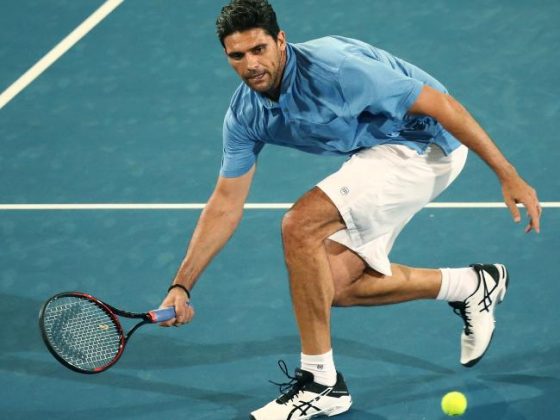 Let Us Explain You The Groundstroke In Tennis 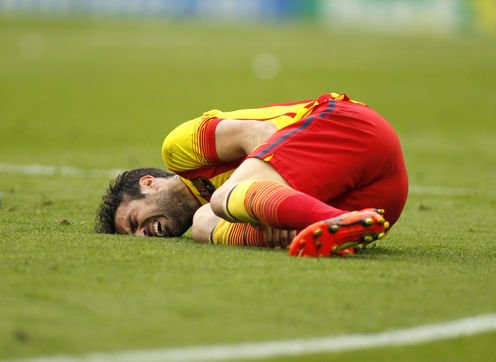 Here’s How to Take Care of Football Injuries