You are at:Home»Generic»Top 3 sports success stories that will motivate you 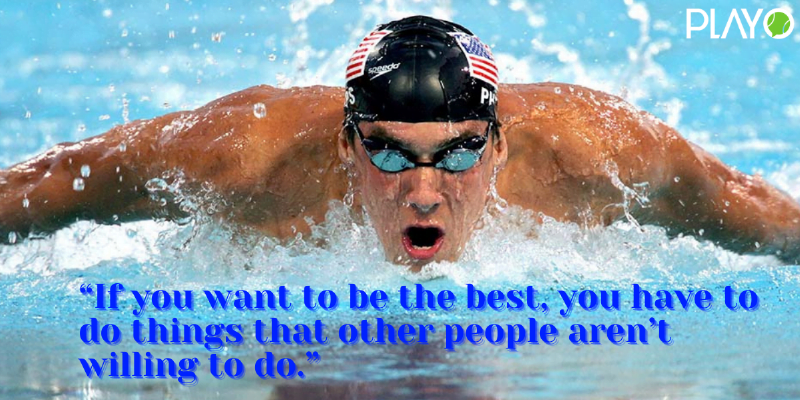 Top 3 sports success stories that will motivate you

By Nidhi Patel on March 9, 2021 0 Comments
Share this on WhatsApp

These sports success stories are guaranteed to keep you going!

Being an athlete isn’t easy by a long shot. It takes a lot of courage as there are so many challenges that an athlete encounters.

From lack of resources, criticism, injuries and much more, an athlete has to endure a lot to become successful.

Athletes have the power to inspire us. When we watch athletes overcome challenges and reach success, we to are filled with desire to do the same.

There are many sports success stories out there that are sure to motivate you. However, this our list of the top 3.

Muhammad Ali was a boxer, rather one of the best the world has seen; but he didn’t always look the part. His height wasn’t he best, he wasn’t the bulkiest, he didn’t throw the best punches. However, he had confidence.

He believed himself to be the greatest boxer the world had ever seen. He believed in this so much that he even pushed his believes onto his opponents.

Refusing to join the army, Ali was sentenced to jail. Even though he faced upto 5 years in prison, he didn’t let that stop him from boxing competitively. He was determined to be a heavyweight boxing champion.

All the champions he had lost to earlier, he started beating, even though people thought if career was over.

He won because of his brains and not brawn.

It is Michael Phelps who is considered one of the best swimmers the world has seen. He is one of the most accomplished Olympians. He has won 8 gold medals in just one Olympics!

One thing about him most people don’t know is that he was diagnosed with ADHD (Attention deficit hyperactivity disorder). People with this disorder may face a number of problems. However, what isn’t noticed much is that with this a person can hyperfocus on something that they are really passionate about.

That’s exactly what Michael did.

He used his disorder to achieve success and how. Never did he let his disorder be the reason to pull him down or stop him. He is such an inspiration to athletes all over the world with various disorders.

The power of visualization was a key tool in achieving success.

Being a black kid in sports was never easy. The same goes for Venus Williams. She has overcome a lot of obstacles to reach where she has today.
Even though her sister, Serena is extremely successful; Venus has had her fair share of success.

Tennis was known to be sport played more by white kids. Being a black woman, Venus faced racial discrimination and profiling.

That clearly didn’t come in the way for Venus. She still came out on the top.

But that’s not all. Venus has had to overcome some other personal barriers to become a successful sportsperson. She was diagnosed with a condition that almost ended her playing career.

She had Sjogren’s syndrome, which is an autoimmune disease. Even though she did struggle due to this, she modified her diet and lifestyle to continue competing.

Even though the list is short, the sports success stories of these athletes are sure to move you. These 3 athletes have had a huge impact on the young athletes who strive to reach half the level they have.

To conclude, if you find these sports stories inspirational, do read this for more such stories!