We are all familiar with the age-old sport Football. The classic team sport played between two teams of 11 players with a spherical ball on a rectangular field with the goal at each end and the objective of the game is to score by kicking the ball into the opposite goal. If you think you’ve got this game on lockdown, 5 a-side football is a whole new ball game, literally!

Five-a-side football is a variation of 11 a-side football where each team has five players (four outfield players and a goalkeeper) and includes a smaller pitch, smaller goals, and a reduced game duration. With the smaller space available, and the smaller number of players, it certainly gives the players a lot more touches, and more chance to display their smooth football skills on the grounds.

So here are 10 hacks that will help you get your 5 a-side game on strong.

Build your stamina and speed 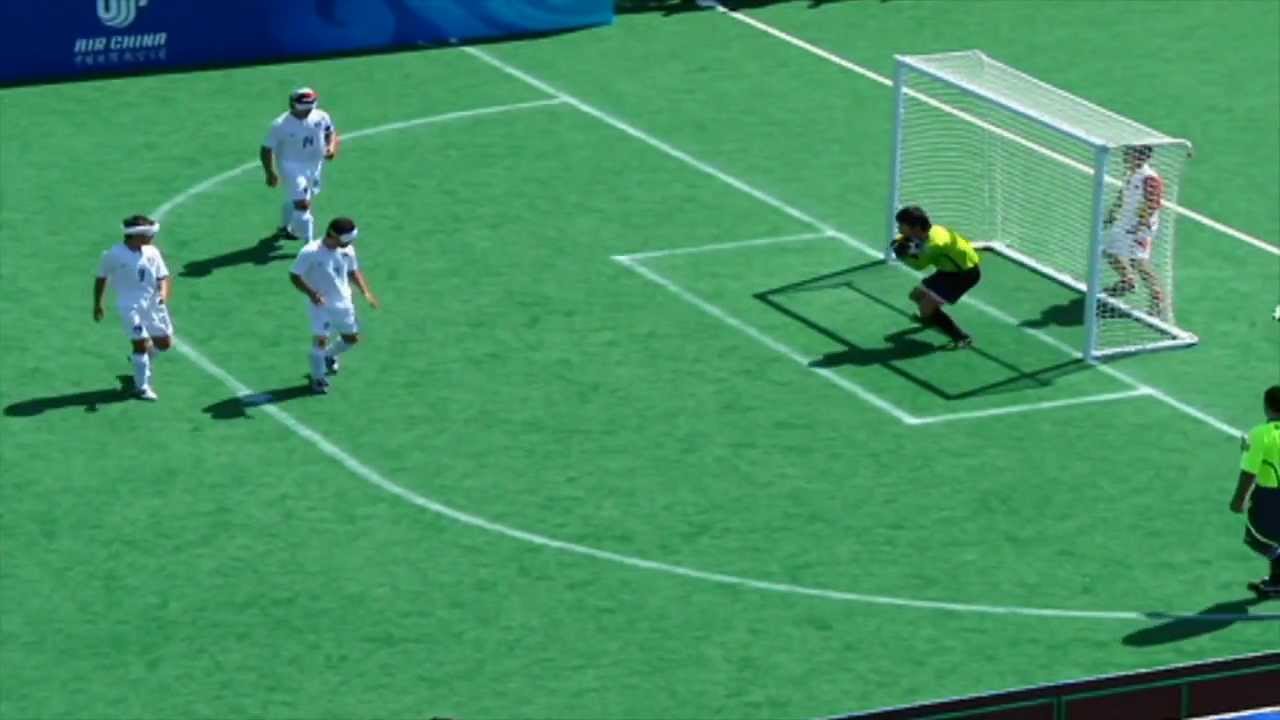 Speed is a very essential skill every footballer must possess and to keep that going throughout the game, especially in a 5 aside, the players must build their stamina. The muscles, heart, and lungs may not be used to such an intense game, so it is better to pick the battles in the early stages in order to avoid over exertion during the match.

Train The Muscles You Use Most

The hamstrings are the most important muscles in a footballer’s body, both for speed and power when striking the ball. It is essential to prepare the body properly with dynamic stretches targeting the calves, thighs, and back, and to do short sprints building up to the max before playing.

Do not skip your pre and post-match nutrition

Eating well before and after a game will provide enough energy to get through the entire match and help the muscles recover afterward. 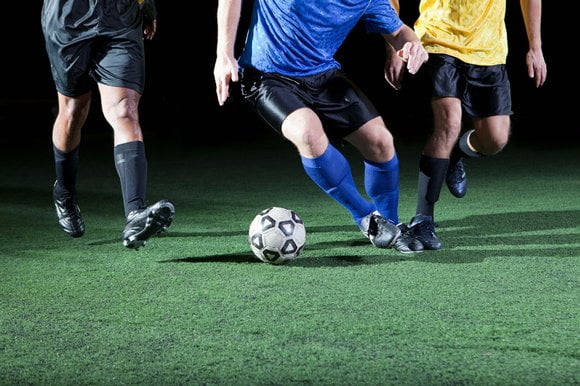 As a team, it is necessary to have a game plan. The best formation is two defenders, one midfielder holding the central ground and one forward. A line up with all four players as attackers and one goalkeeper on defense and as a goalie is a tactical suicide.

The fastest and strongest player should be at the back

Understand your team’s drawbacks and limitations before you get organized.

In many situations, the defender often becomes an attacker to support the team. But if that possession is lost, the team needs to be capable of covering in defense again. So it is safe to say that the fastest and strongest player should be at the back.

Pick out the weak link in the opponents team

If winning is a priority, it is best to consider exploiting the weakest player in the opponent’s team. By doing so, the other members of the team will get distracted as well. It is best to figure out which the opponent’s bad foot is and to show them onto it.

Be effective and Use the counter attack 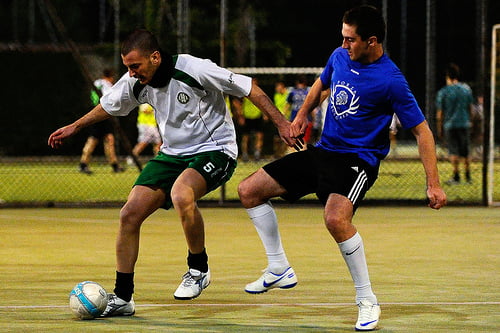 Try not to over-complicate things. It’s best to have a couple of skills that actually work and to use them effectively rather than to just be a show-pony. When the player sees an opportunity, it should be seized calmly but quickly to attack an outnumbered defense. 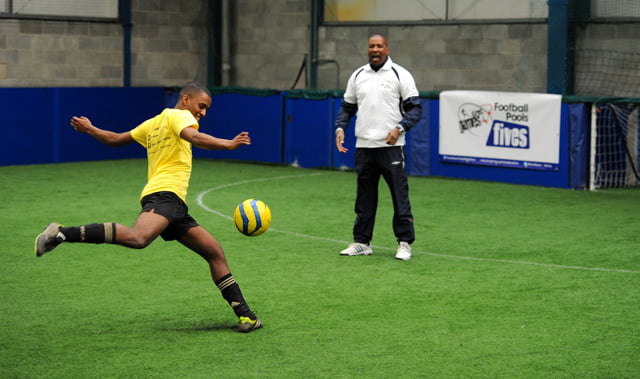 In 5-a-side the goals are nice and wide so when the player gets a half a yard of space within 15-20 yards of goal, that would be his or her cue to just put it into the corner. It’s best to avoid smashing the ball too hard with all force because it will just sky it or screw it wider.

Get comfortable with using the back heel during play, even to shoot!

Master the art of passes 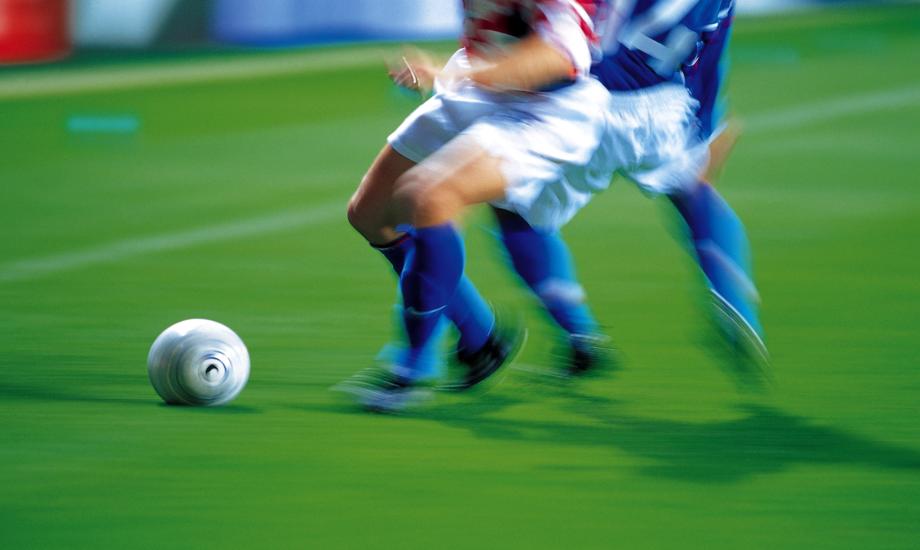 Most teams can shut down a good dribbler by outnumbering them, and if the players can pass it well among themselves then the team is on to a winner.

Get a good keeper

Having a good 5-a-side goalkeeper between the sticks is one of the simplest ways to guarantee a win. The keeper has a massive impact on the game. The keeper must keep in mind that in these 5 a-side games, saves are often made from just sticking out an arm or a leg, rather than a full dive. He or she should keep in mind to roll the ball out with a smooth, under-arm bowling action so that it’s easy for the player to control. 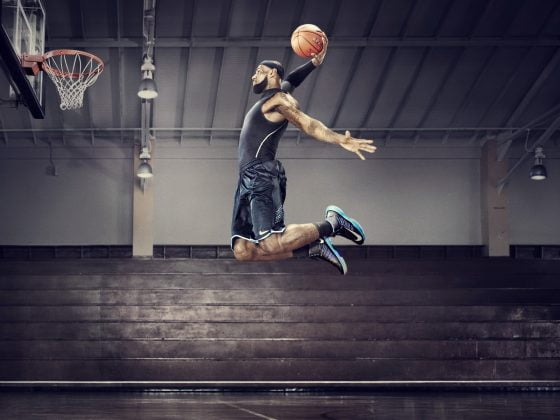 Do You Slip Too Much While Playing Basketball? Read This 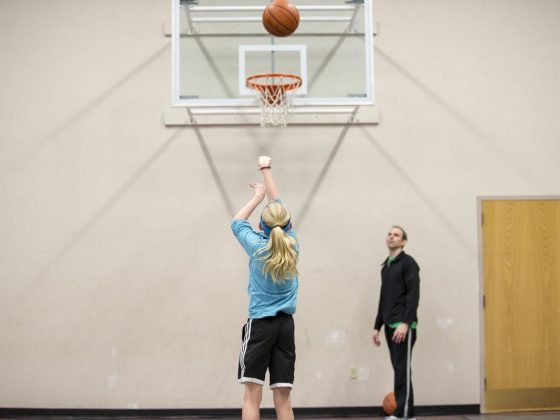