You are at:Home»Fitness and Well-being»5 Childhood Games You Should Totally Start Playing Again This Year 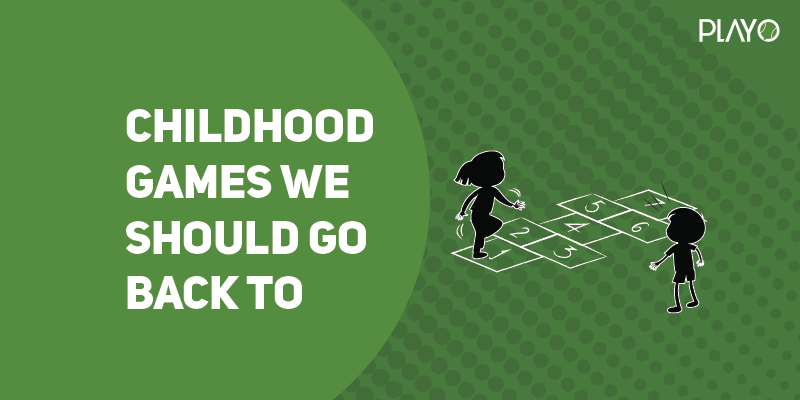 5 Childhood Games You Should Totally Start Playing Again This Year

By Nidhi Patel on December 23, 2019 0 Comments
Share this on WhatsApp

I’m sure the most memorable time of your old Indian childhood was playing games. Let’s take a stroll down memory lane! Do you remember coming home from school, having your lunch, finishing your homework, and just waiting for the other kids in the building to call you down to play games?

Wasn’t that the favourite part of your day back then? So why did we stop playing those games? And no, you’re never too young to play!

Here is a list of 5 games you once played as a child and should definitely start playing again.

This one is a classic. Kho-Kho is probably India’s most famous outdoor game for kids. With literally no equipment required, this was a popular one with almost everyone.

Even though when this game was made, it was intended that teams of 12 players should participate, any number of people could play, and you could still have fun. One team will be the chasing team, and the other will be the defending one.

The goal is for the defenders not to be caught by the chaser. The chaser can tap the back of any of his/her teammates by saying ‘Kho.’ This means the person sitting down is now the chaser and has to catch the defender. This can be done until all the defenders are caught and are out.

Hide and seek is one game that is very popular all over the world. It is as simple as the name states. This game is generally played in building compounds or other open spaces where one can actually hide.

In this, by a decision of a ‘toss’, one player is the seeker, and the rest of the players are the hiders. The hiders are supposed to hide well enough so that the seeker doesn’t see him. But if the seeker does spot and hider, that is not the end of the game. The seeker runs to the place of his/her origin(could be a wall or a decided spot) and scream that he found a particular player. Like this, he/she must “out “all the players.

But before this, if a hider goes to the spot of origin of the seeker, without the seeker knowing, he too can out the seeker and win the game.
This game is physically tiring, fun, and full of strategy.

Hopscotch is one such game that allows you to use the floor as your canvas. In hopscotch, chalk is used to draw a hopscotch map on the ground. A diagram with numbering up to 9 is drawn. Each player will get their own marker/indicator like pen caps, stone, shells etc. Each player will play turn by turn.

The player must toss the rock in the first square of the board and then hop in the square on one leg ( or both, depending on the pattern) until the end. Then the player must turn around and come back.

On reaching the second square, the player must pick up the rock while balancing on one leg. The game continues till the rock has been thrown in till the 9th square. If you miss your toss, you get out/ your turn is over.

Monkey in the middle is a fun game that can get quite challenging. In this game, you need a minimum of 3 players. By a toss, it is decided who the monkey will be and who will form the rest of the circle.

After a monkey is chosen, he will be placed in the middle of a circle that is formed by the remaining player. The monkey’s goal is to try and catch the ball that is being thrown by the players forming the circle.

The monkey isn’t allowed to block a player but is allowed to run once the ball is thrown. The monkey requires to be quick and reactive in order to catch the ball.

Once he catches the ball, he replaces the person who threw that particular ball. This continues till all players have gotten a chance to be the monkey.

Another classic game. Here many players are required. Two teams of an equal number of players are made. Each team holds onto the ends of a rope.

The idea is to see which team emerges strongest by tugging on the rope until the opposition has all fallen.

The next time you’re with a group of friends, re-live your past by playing these fun childhood games. It could be the one thing that could spice things up with your social group.