Following ethics on the badminton court will make you a better player.

Badminton is a sport that has been at the top of people’s most played and loved sports. We love this sport, play the sport and encourage the growth of the sport.

While learning the basics of Badminton is extremely essential, there is another element that people tend to forget and that is the ethics of playing Badminton.

You must be wondering, why and what are the ethics that one needs to follow. So, let us tell you that while playing a sport apart from the technicalities, ethics are very important.

Here are a few ethics that we want to mention:

Whether you are a beginner, intermediate or advanced player, the rules of the game should be followed. The game, like all games, comes with a set of rules that should be followed and not bent or manipulated for one’s benefit.

All players should learn to play fair and square and have good sportsmanship spirit.

Besides respecting the rules, maintaining respect for fellow players is also very important. If you look down upon another player or are unfair towards another player, you are putting yourself in a situation where you will have no one to play with or spar with.

Everyone learns at different speeds, and shouldn’t be treated differently because they may be inferior.

Having and maintaining respect is what will make you a better player and person too.

A player cheats not only when he has less or no respect for the game or opponent; but also when he has less confidence in himself to gain points on his own merits. Cheating happens in every sport and leaves people with a bad reputation.

By cheating a player will never know where he/she stands as quite a few of the points he/she supposedly won were due to false methods.

Once a person cheats and continues to do so, he/she will rely on that every game rather than actually making an effort to improve. This will cause the player’s growth in the game to plateau.

We all are/were beginners at some stage. This meant we all took our time to adapt to the game and to get the hang of it. All beginners will make mistakes, but laughing at them for doing so is just going to break their confidence and lead them to believe they may never be able to play well.

This is very unfair as it may deter the person to pursue badminton or to play for a longer time. A good player who has the right attitude will motivate such a player and help them improve instead of laughing or mocking at his/her game.

4. If you aren’t sure, give the point to your opponent

As a beginner/intermediate all players should be taught by their coaches/ fellow senior players that if during a match the shuttle falls in a doubtful manner, he/she should always give the benefit of doubt to his/her opponent.

If during a game the shuttle falls in a way that could be in or out, a good player who is in doubt will always give the point to their opponent; this is out of sheer respect.

This should be followed more often, especially at the higher levels where the competition is very deep.

This raises you as a player in other’s eyes.

5. Do not do things to hamper other’s focus

Whether a beginner is playing on the court or a senior, a fellow player who is playing or viewing should not do things that can put that player’s focus off.

One should respect that another is playing and should be silent and do his/her things in a quiet manner so as do not disturb the player who is trying to focus and play.

These 5 points listed above are general ethics all players should follow while playing badminton. Other players’ bad behaviour should not be a reason for one to fall to their level and become unethical.

Being ethical and following these rules diligently will make you look better in the eyes of other players. It will also help you grow and develop into a well-rounded player that everyone would like to be associated with.

To read more about sports, visit our blog section. 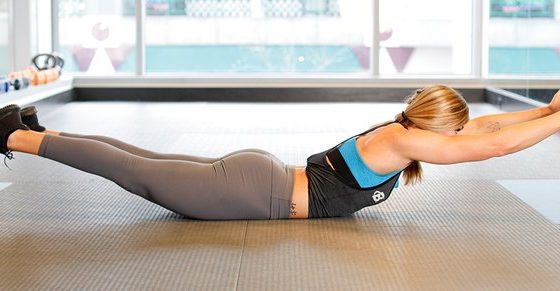 We Bet You Didn’t Know These Facts About Badminton