England wins their first world cup! And it’s a wrap! The last week was a thrilling one as we got a new world champion after World Cup 2019.

The first Semi-Final saw India again faltering in the knock-out stage like four years back. But this time match was pretty close and New Zealand qualified after a thrilling win. Interestingly, the match played for two days due to rain. New Zealand innings had to be stopped on the first day at the death and extended to the reserve day for the rest of the show.

Batting first, after winning the toss, New Zealand were soon struggling with 27/1 in 10 overs, Kane Williamson and Henry Nicholls tried to recover the innings with a calculated partnership of 68 runs of 15 overs. Post Nicholls’ dismissal Ross Taylor joined Kane (67) for another build-up.

Although Ross started slowly and looked like his inability of rotating strike pushing the Kiwis back, he came out as an intelligent batsman with the highest score of a 90-ball 74.

New Zealand’s final score was 239. India went with Bhuvneshwar Kumar and Ravindra Jadeja in place of Mohammad Shami and Kuldeep Yada. Jaspreet Bumrah as always gave the early breakthrough. Ravindra Jadeja was a star as his direct hit sent Taylor back and a difficult catch of Latham ensured a decent target for India.

India had a shaky start as KL Rahul, Rohit Sharma and Virat Kohli scored one run each and India were 5/3. Rishabh Pant and Pandya with a partnership of 47 tried to lift the momentum. But with 92/6 it was never India’s game. However, Jadeja and MS Dhoni added 116 runs of which 77 was scored by Jadeja. This did give some hope to India. Post Jadeja’s dismissal Dhoni tried but was run out in 49th over and India finished with 221. Matt Hendy was the man for the Kiwis with 3/37.

This was the limited over version of the Ashes. The age-old rivalry between Australia and England saw Australia fighting for existing glory and England for the lost one.

Australia were 14/3 when Alex Carey joined Steve Smith to build the innings. Carey despite a Jofra Archer bouncer hitting him on the jaw kept batting with a bandaged jaw and added 46 runs in a 103-run partnership with Smith. Other contributions came from Glenn Maxwell (22) and Mitchell Starc (29) whereas Smith scored 85. Australia were all out for 223. Chris Woakes took two wickets in his first spell. Archer and Rashid were on the money.

England started an attack from the beginning. Jason Roy played supreme innings of 85 and was unfortunate to get a wrong decision. Post the dismissal of the openers Joe Root (49) and Eoin Morgan (45) continued the momentum and completed the chase within 33rd  over for the loss of two wickets. The only memorable moment in the Australian bowling was Mitchell Starc’s 27th wicket. He became the highest wicket-taker in World Cup ever. England went to World Cup final after 27 years.

This turned out to be one of the most dramatic and thrilling ODI ever. The competition was such that 100 overs could not decide the winner and the match went to Super Over.

New Zealand chose to bat first but the run-scoring was never easy. Martin Guptill looked solid but was out for only 19. Run scoring was not easy on that track and the partnership of 74 runs in 16 odd over between  Henry Nicholls and Kane Williamson proved it.

Nicholls ended as the highest scorer with 55 as they kept losing wickets at regular intervals. Ross Taylor scored 15 and was sent back followed by a wrong decision (LBW). The ball was clearly going over the stumps. Tom Latham’s 47  finally took New Zealand to 241.

Chris Woakes and Liam Plunkett took three wickets each and Archer was once again influential with his key spells. He finally ended with 10-0-42-1.

The chase was even more difficult and England did not have their regular smooth start. Roy thankfully survived even after strong LBW appeal as the review showed the Kiwis were right.

But he couldn’t continue for long and was the first man to go. England lost Joe Root,

Jonny Bairstow, and Eoin Morgan in seven overs after adding only 27 runs in that period. Then Ben Stokes and the keeper Jos Buttler (59) started the recovery and added 110 runs in 22 overs.

Post Buttler’s dismissal it was Stokes who had to chase it down. The last over required 15 runs from England. On 4th ball, an overthrow hit Stokes’ bat and went for a boundary. It was signalled six. Finally, two run-outs and two runs from the last two balls produced a tie.

In the Super Over, Stokes and Buttler added 15 runs for England. During the chase, James Neesham and Guptill needed two runs to win off the last ball. But Guptill’s run out while completing the second run ended the Super Over in a tie as well 15. Finally, the trophy was given to England based on boundary numbers.

Player of the Tournament- Kane Willaimson 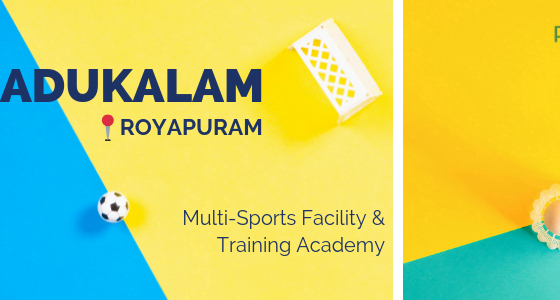