TYPES OF TACKLES IN FOOTBALL | While football has laws and rules that escape the attention of fans –and even players – it is a fundamentally simple game. As Kevin Keegan suggested, you can only score when you have the ball.

Well, that’s not entirely true where an own goal results from an errant back-pass. Anyway, when not in possession, the aim must be to retrieve the ball; that’s where tackling comes in.

Tackling is one of two ways to regain possession of the ball in association football, with interception being the other. The difference with the interception is that it does not involve a challenge to the opponent, whereas tackling does. The ability to restrict attackers enables the defender to make a controlled tackle, which can be a block, poke or slide tackle.

Sometimes going to the ground for the spectacular sliding tackle is not only unnecessary but unwise. The objective of the “block tackle” is to stop a shot or pass, usually with the legs or feet, and in close proximity to the opponent. 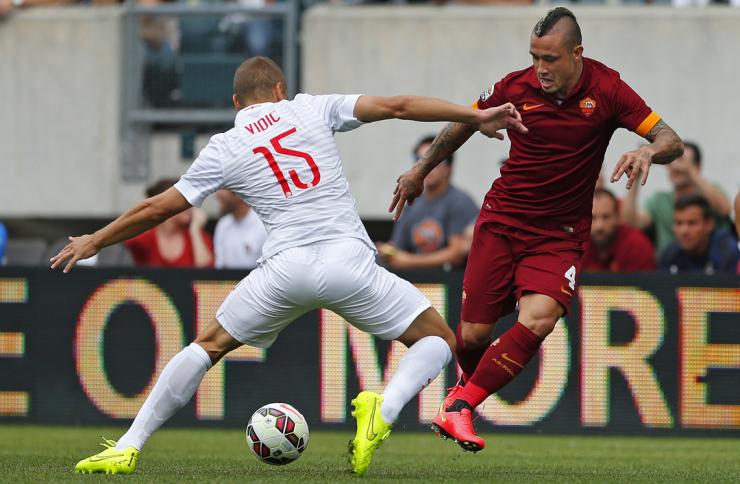 When the advancing opponent has passing options, it’s best to remain standing. The block tackle is not a tactic to gain possession as much as it seeks to legitimately break-up the opponents’ attack.

For the block tackle, the defender should be in the path of the attacker or in a position to move into the path or the opponent or the pass/shot. The defender should also be able to change direction easily, which can be done by staying on the toes and with the knees bent. Over-extending the leading leg is not advisable since it prevents the change of motion and allows the opponent to ghost past that leading leg. 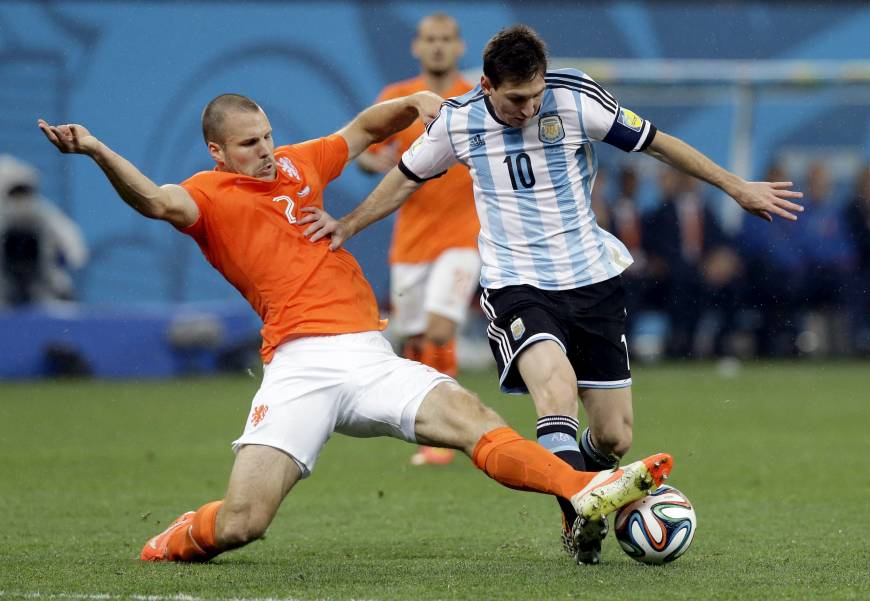 This type of tackle is usually executed from a trailing position, from the side of the opponent or behind the opponent. The angle of the challenge leaves no margin for error, but the poke is especially effective when the ball is only partially shielded from you. The poke tackling involves a thrust of the leg to meet the ball. Balance is critical to recovery, so coordination of body movements should ensure that you don’t fall ingloriously after making this challenge. 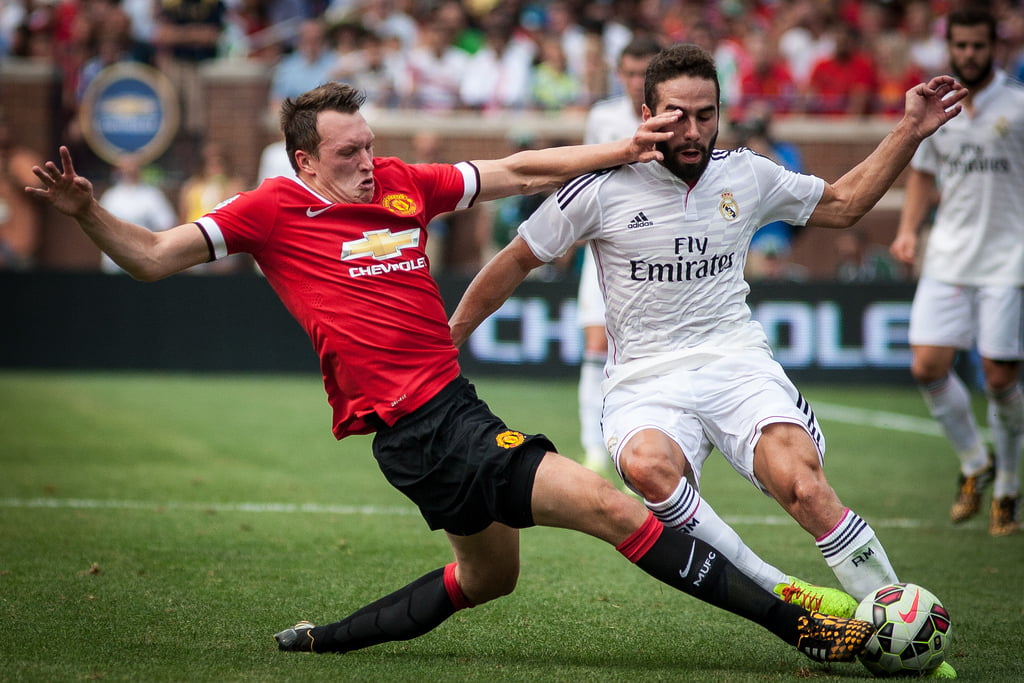 The slide tackle is the most fun and effective challenge; it can be the riskiest and dangerous challenge as well. As with other tackles, control is important. Sliding to one side of the body improves control, maneuverability and increases the chances of making a fair slide tackle. Bending the supporting leg is also vital in preventing the “studs up” challenge and also facilitates faster recovery from the tackle. The slide tackle should be a last resort and should not be attempted too near to your own goal.

When to tackle and when not to

These points should be kept in mind as you try to learn the techniques of the three different tackles.

Players in your attacking third of the pitch should try to force a passing error or take the ball from the other team as quickly as possible. Immediate, close pressure on the ball carrier will often achieve this and sometimes there is no need to actually make a tackle at all.

However, if one of your players even has half a chance to make a tackle near to your opponent’s goal they should take it without hesitation.

A defender’s main job is to prevent an opponent from scoring, it is not to win the ball.

With that in mind, a player facing an opponent in their own defensive third should be thinking, “how can I force this player to a place where they can’t shoot?” rather than, “I’m going to tackle this player”. 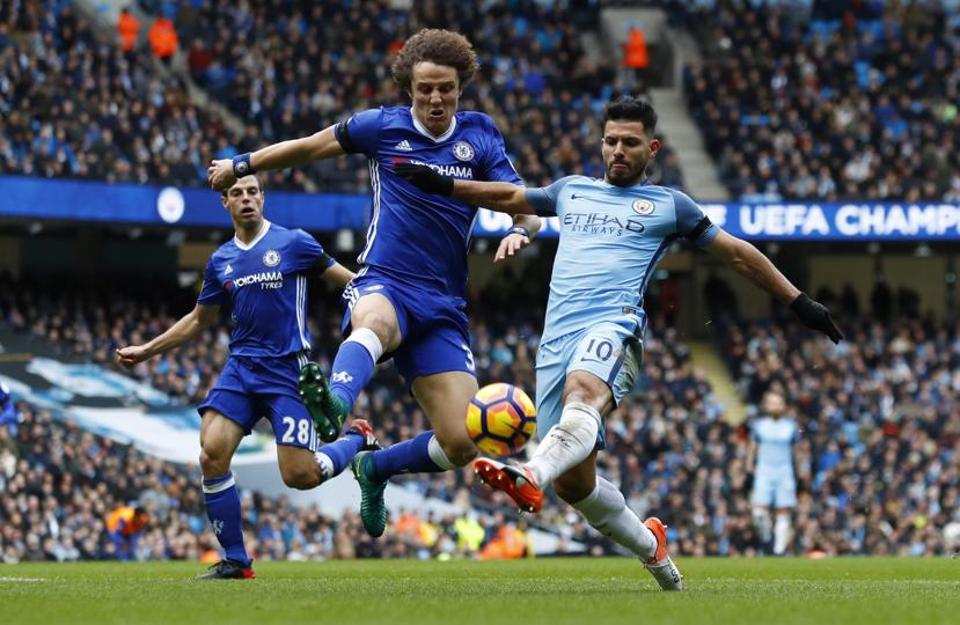 This is especially true if the defender is 1v1 with the attacker. Many goals are scored by attackers who have been gifted a clear shot by a defender who dives into a tackle before their teammates have got into covering positions.

A challenge or tackle can be fair or unfair, but the likelihood of a challenge being unfair is greater. A fair tackle is just a fair one, but unfair tackles actually have grades. According to FIFA Law, they can be careless (just a free kick), reckless (warrants a yellow card), or dangerous (red card). In addition, remember that making contact with the ball first does not mean that the challenge is fair. Proper judgment is critical. Using the right tackle, at the right time, and in the right context leads to fair challenges.

Read: 5 Basic Exercises To Help You Get Back On The Football Pitch 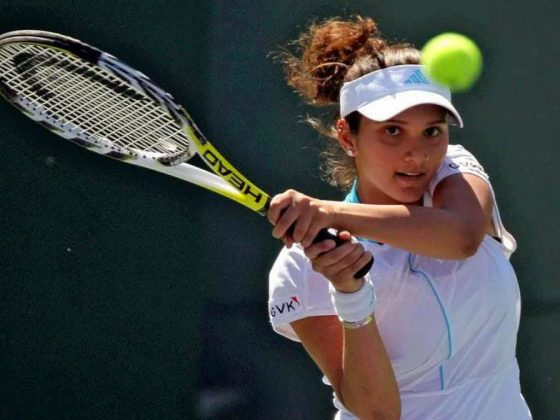 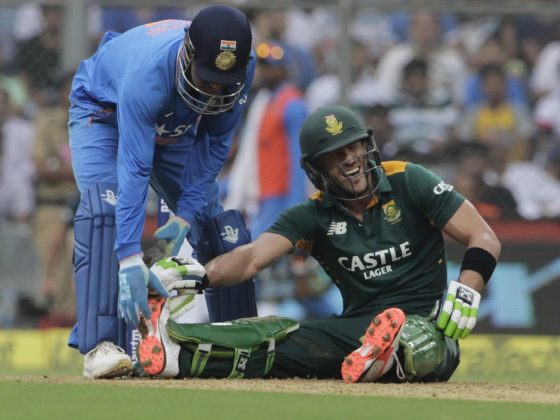