The cut shot is one of the deftest cricketing strokes. This horizontal bat stroke is of great use to dissect fields and score runs. So, let’s take a look at how the shot is played along with its variants.

Cricket is a constantly-evolving sport with several interesting facets to it. Batsmanship is a genuine craft and a top batsman can execute several strokes. Continuing from the previous article on sweep shot, let us take a look at the elegant cut shot this time around.

Most cricketing shots can be understood from their names itself and the cut shot is no different. This stroke generally involves ‘cutting’ the ball away from its initial trajectory of reaching the wicket-keeper.

The classic cut shot and its variants are always played on the off-side. This stroke is pulled out of the locker to generally attack a delivery of shorter length bowled wide off off-stump. While this shot is usually played on the back-foot, it is played on the front foot as well on rare occasions, especially when facing pretty slow bowling.

Generally, as soon as the batsman decides to execute the stroke, a right-handed batsman moves his right-foot backwards and across towards the ball while a left-handed one moves his left-foot in a similar fashion.

To execute the cut shot properly, it is important for the batsman to move across just enough to ensure there is enough width for the bat to swing. In case this shot is played too close to the body, there is a risk of chopping the ball onto the stumps for a not-so-good-looking dismissal.

The cut shot is a preferred stroke whenever the bowler bowls a delivery of shortish length wide outside off-stump. This applies for both pacers as well as spinners, making this an important weapon in every batsman’s arsenal.

Further, this stroke is played using the pace of the ball, irrespective of the type of bowling. Hence, the cut shot is more of a precision stroke as timing the ball well is crucial to piercing the gaps behind the square region.

The importance of placement assumes further significance against spinners due to the possible presence of several close fielders such as the slips and silly point. A badly-timed shot will more likely end up in the safe hands of the fielders instead of racing away to the boundary.

Thus, countries which traditionally rely on spin have batsmen better equipped to play this stroke. Naturally, the likes of India, Pakistan, Sri Lanka & Bangladesh are the main exponents of the cut shot.

The primary difference between the variants is in the direction in which the ball is hit. There are three modifications to the classic cut shot, but the basic execution remains the same for all of them.

The first one is the square cut.

This stroke is usually executed while facing either medium pace or fast bowling. As the bowler bowls a shortish delivery wide outside off stump, the batsman moves back and across to slice the ball in a perpendicular direction towards the point region. Once again, timing is key as the pace of the ball does the rest.

Next variant is the late cut.

As the name suggests, this shot is played later than the regular cut shot. Typically used against spin bowling, the batsman waits on the back-foot for the ball to almost pass him and then directs it towards the third man region. Australia’s Shane Watson is famous for employing the late cut against pacers to great effect.

The final type of cut shot is the uppercut. This is a modern cricketing stroke and has the potential to fetch maximum runs for the batsman. This stroke is executed to a pretty short delivery akin to a bouncer wide outside off-stump.

The batsman moves backwards and gently cuts the ball upward in and around shoulder height above the slip cordon. Depending on the timing and pace of the ball, the uppercut can easily end up in the stands as well. Sachin Tendulkar and Virender Sehwag were the main batsmen who widely popularised this shot.

Thus, the cut shot is one of the more elegant cricketing strokes with a firm emphasis on timing and placement.

Here is a video to help:

Now, feel free to share your experience with the stroke in the comments section below and stay tuned for the next type of cricketing shot. 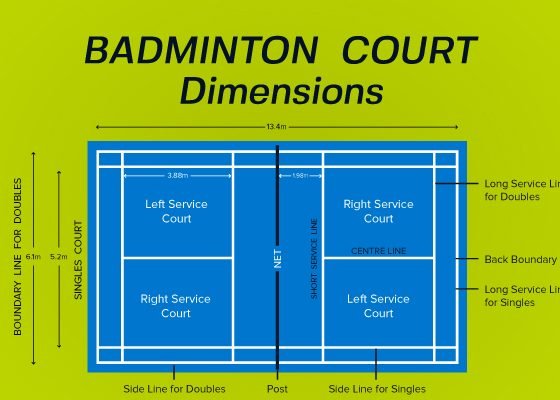 All About Badminton Court Dimensions 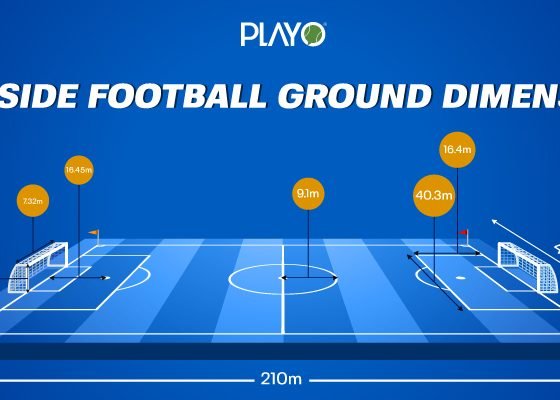 All About Football Ground Dimensions