Batting is a tough task, but is it more mental than physical?

If cricket would be a movie then without any doubt its main lead will be the batsman. The game revolves around the batsman only. They have a huge fan following every cricket lover admires them.

Even in the game, rules favour them whether it is power play rule benefit of the doubt. They are considered in the selection of a captain as well.

Batsmen enjoy the advantages given to them but the hard work behind it is unseen by many. A batsman has to develop a focus to a certain level that he should not get disturbed easily. His full attention should be on the ball only. He is trained to see the ball in the hands of a bowler, not the bowler.

Calmness plays a vital role in batting. How long a batsman will stay on the crease depends upon the level of calmness. If a batsman is calm that means that he is focused and is able to concentrate well, which will eventually result in a good individual score.

He should not be affected by the environment of the stadium but should stay calm and try to accomplish the task.

A batsman’s patience is tested when he performs under pressure. The way he approaches the game in this situation says a lot about his potential. The difference between a good and a great batsman can be clearly seen in the way he plays under the pressured situation.

Every batsman didn’t have the ability to do so. It requires a lot of focus and calmness to take the team out of this situation.

Impulsiveness is the biggest enemy of the batsman on the crease. While batting a batsman has to face not just the deliveries but also the comments from the opposition and sometimes of their supporters too. In cricket language, it is called ‘Sledging.’ A batsman should master the art of remaining calm and composed. He should not react to the negative actions of the opposition.

There are so many examples where a bowler has taken wicket by sledging. These incidents take place when two rival nations are playing like Australia and England and of course our favourite India and Pakistan. Some of the best examples of the batsmen who did not let sledging affect their game are Rahul Dravid, Sachin Tendulkar, Joe Root, Kane Williamson etc.

Training is a stage where the clay can be given any shape. The training of a batsman comprises of physical as well as mental test. The batsman is trained to perform in any given situation whether in hot conditions where the temperature rises above 40 degrees or the humid conditions where the body gets tired soon or the chilling cold weather where it is difficult to get the body moving.

To perform in these conditions a batsman needs to be focused. That is why the main part of a batsman’s training is the mental training where he is taught to keep the focus on. He is trained to ignore any kind of negativity or anything which can cost him his wicket.

Batting is nothing less than meditation. Both the activities require a high level of concentration. Those who attain that level of focus, they succeed. Out of so many batsmen in the world, we only praise those who have mastered the art.

A calm mind is a key to successful batting! 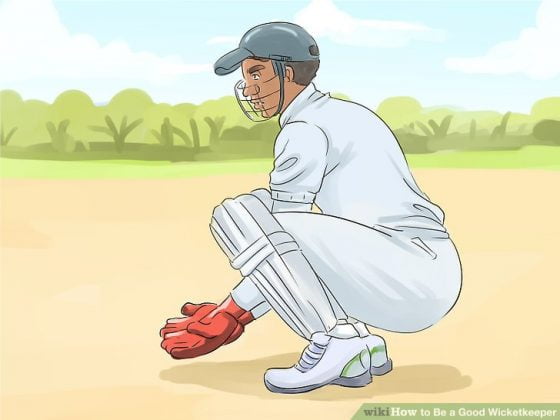 How to Be the Keeper Your Team Wants? You Need To Take A BREAK From Running!