Defending Problems| Strikers and attacking players often dominate the headlines and get all the plaudits, but it’s the defenders who are the unsung heroes of any team, and a vital component in a winning team.

To become a great defender, one has to put in the hard yards in training and play against a variety of strikers/attackers to hone their defensive skills. You’ll have to overcome all your defending problems!

All strikers don’t possess the same threat and hence it is important to train in different ways to keep attackers quiet.

Here are a few Defending problems that defenders and how one must tackle them:

A top quality defender is usually judged on how he tackles one-on-one or two-on-one situations against opposing attackers.

While playing one-on-one, the defender has to be patient and careful.

[pullquote]When a pacey winger/striker with good dribbling skills takes on the defender, the defender will have to close the space and lessen the opportunities for the attacker to shoot or pass to an attacking teammate. [/pullquote]

While defending in a one-on-one situation, it is important that the defender is patient and does not go in for a tackle or try to dispossess the attacker immediately, as he may pull a trick and get past him.

The defender shouldn’t get too close to the attacker and must anticipate what the attacker is going to do; keeping a distance from the attacker will also give the defender enough space to track the attacker if he runs past him. This is one of the most common defending problems you can spot in players.

In a one-on-two situation, where there are two attackers against one defender, the task is a much greater one for the defender and the defending team.

The key to defending in such a situation is to cut off the passing lanes- the passing space that the two attackers have so that one of the attackers will have to go it alone to score a goal.

[pullquote]After cutting off the passing lanes, the defender will have to commit, press and try to dispossess the ball from the attacker’s foot. [/pullquote]

It is essential that the defender knows the right time to press and not commit too early or far away from goal.

In both one-on-one and one-on-two situations, defending teams should ideally clear the ball or push the defenders away from goal.

The long ball has been used to good effect over the years, especially in the English game, with the likes of Mark Viduka, Didier Drogba and co. flourishing when the ball is pinged to them in the air.

[pullquote]Defending the long ball and a physical striker can be a difficult proposition for the best of defenders. [/pullquote]

Some physical strikers may be too physical to handle and sometimes the only option is to stop the crossers from crossing the ball to the big striker.

Defenders can also move up the field so that the opposition cannot put long balls to the striker as he will not be effective around the middle of the pitch.

While defending physical strikers in the box, defenders should not push or jump on the striker, but rather try to put him off by being close to him; if the ball is delivered perfectly, the striker will most likely have the height advantage to get ahead to it. The should also try to drag the striker away from the penalty area and also stand goal side while defending rather than behind him.

Defenders should communicate with their goalkeeper to collect the ball early if the ball is put into the box.

The first rule while playing against a pacey striker is not to play the offside trap as it is too risky against a quick player.

[pullquote]When defending against a quick striker, it is imperative to close the space as a defender and not giving the fast attacker any space to push the ball ahead and run past you. [/pullquote]

The defender must go near the attacker as soon as he gets the ball and not give him time or space to get past. Defenders must shadow the fast attacker – or even man mark him – when he doesn’t have the ball as he can get away with a few sprints, and stay very close to him.

If the defence is playing against just one striker who is quick, one central defender can tail the fast striker while the other can be in and around the penalty area to clear any loose balls.

Be it a quick or a physical striker, defenders may encounter attackers who drag them away to allow the attacking teammates to exploit open spaces. If a central defender tracks and follows a striker, the attacker’s teammates can capitalise on the gap in the defence and score a goal.

[pullquote]While it is important that defenders track the runs of attackers and not give them an opportunity to carve an opening, they shouldn’t be dragged too far away and into space where the striker cannot do much. [/pullquote]

The goal of tracking an attacker’s run is to either dispossess him or push him away from the goal or where he can create a goal-scoring opportunity. The defender can do so by showing the attacker on his weaker foot and closing down passing lanes; the defender must not commit himself and should only put in a tackle if he’s sure what the attacker is going to do next.

The key to tracking an attacker’s runs is to shadow him, as the goal is to drag him away from the penalty box. Follow these tips to overcome all your defending problems! 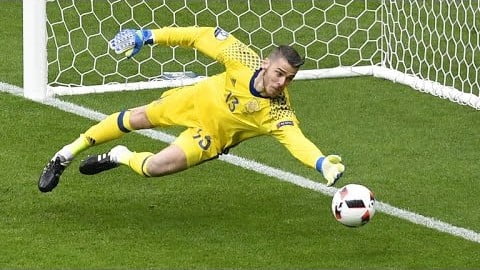 This Goalkeeping Guide Is Exactly What You Were Looking For 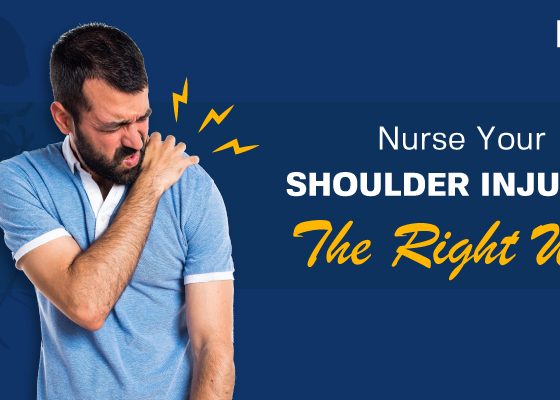 This Is How You Need To Nurse Your Shoulder Injuries