TOTAL FOOTBALL | The year was 1934. The first semi-final of the FIFA World Cup was heading towards the final whistle. It was 89 minutes on the clock as the referee kept one eye on the game and one on his wrist watch. The resolute Italian defense was holding off an opponent that had the audacity to field a 5 man attack in the team line-up. The movements were mesmerizing, passing was sleek and the build-up was sublime. The attacks grew fiercer as the seconds raced towards the end.

The final whistle was blown and the Azzurri heaved a massive sigh of relief. The match ended with a thunderous round of applause, partly for the winners. Italy had won the match 1-0, but the elongated duration of deafening appreciation was dedicated to the team that had entertained the spectators like never before. The losing team was the Wunderteam of Austria, the first national side to play with the philosophy of Total Football!

The tiny footballing nation of Austria was never a force to be reckoned with, especially on a global stage. But they achieved a great feat in 1934 by reaching the semi-finals. It was not a sudden burst of success or a dream run that made them the power they were. It was a decade long act of sowing a philosophy that reaped such results. 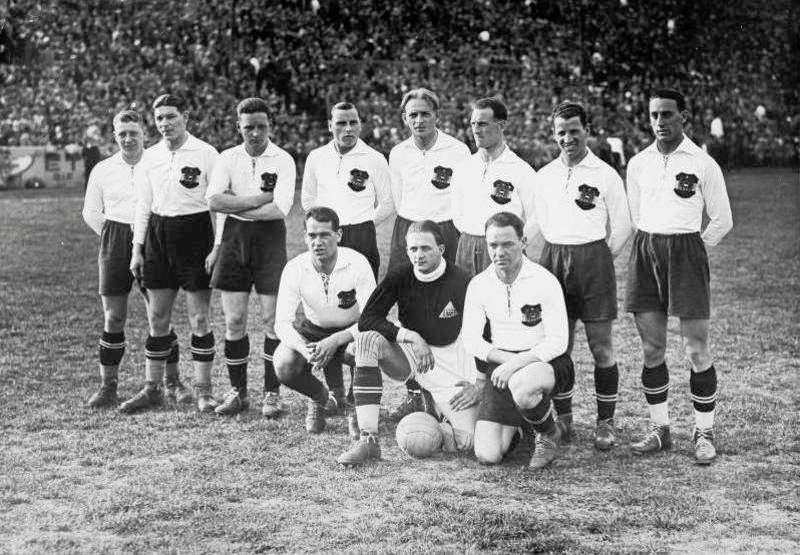 Hugo Meisl- the manager of the Wunderteam, shared his ideas with major clubs in Vienna right since the early 1920’s. His philosophy of having technically sound players who could pass and move at a fluid pace was soon imbibed into the youth of Vienna. A decade later when the players reached their prime, they were all fitted into a dynamic 2-3-5 formation. That team beat Italy in the 1932 European Championship. 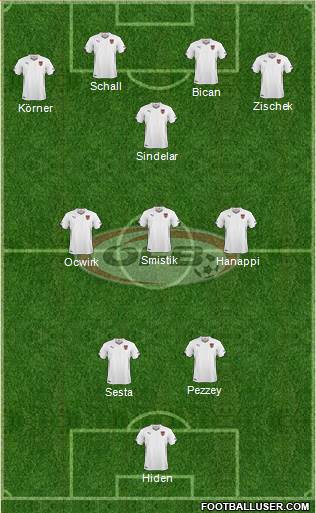 Meisl had drawn inspiration from the Ajax team that implemented Total Football by its original founder, Jack Reynolds. Though Reynolds is credited to have perceived the idea of Total football, Meisl arguably puts it to best effect. The playing philosophy of the Austrian Team of early 1930’s went on to inspire 3 more legendary teams in the time to come.

The first team that developed the same system was the Golden Team of Hungary that rose to absolute prominence from 1950 to 1954. Gusztav Sebes, the manager of the team had the fortune of having an exceptionally talented team led by the legendary Frenc Puskas. But, his tactics were so essential that his side not only achieved great success but also changed the game as it is played, forever.

Preferring a 2-3-3-2 formation, Sebes’s Hungary started off its legendary winning run in the summer of 1950. They beat all their opponents with a kind of finesse that was never witnessed before. Hungarian superiority was evident all over Europe. Outclassing England twice was the cherry on top of the cake.

Opponent managers tried many formations and tactics but all succumbed to the Hungarian masterpiece. No one could ever predict what the team was going to do next. The positional interchange was so rapid and fluid that no intelligence was able to preempt their moves. The winning run continued for 5 long years and ended only in the Final of the 1954 FIFA World Cup when West Germany beat them 3-2.

The match was heavily dominated by a much superior Hungarian team, and it was a once in a lifetime performance by the West German defense that contributed to their victory. The match was named the ‘Miracle of Bern’, owing to the way the entire match had progressed.

The most famed team of the modern era, the Dutch side of the early 1970’s, was the side that made total football a phenomenon. With Johan Cruyff being the centerpiece of the glittering Netherlands side, the world once again witnessed total football and for two world cups in a row, the Dutch side just slaughtered every team that came in their way. The only misfortune lay in the fact that this legendary side failed to win a world cup. 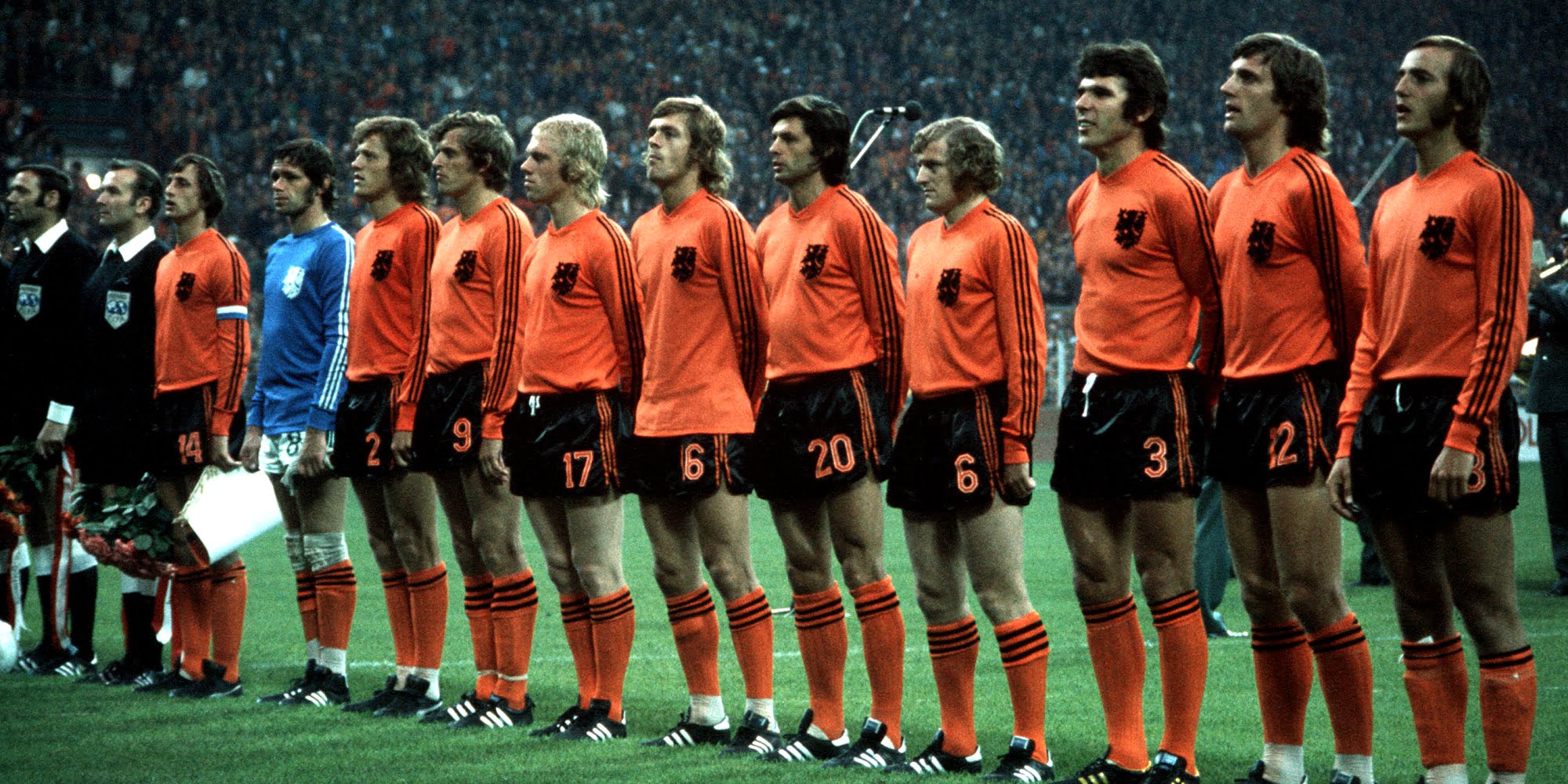 This system was unique with Cruyff orchestrating play, and every other player starting off just like an outfield player, with no designated position as such. A defender was seen scoring from the 6-yard box and a striker was seen pulling the strings in the center of the midfield. It was the multipotency of that great side that made football exquisite artistry.

Cruyff brought the philosophy to the Catalan club and today, Barcelona FC of 2009 is regarded as one of the best teams to have ever graced the game. Sure, the little genius called Lionel Messi had a lot to do with the success the team achieved, but the way in which the trophies came was simply breath-taking- something that was only possible through total football!

Every time these teams came on top, there was at least a decade of hard-work and perseverance behind it. It’s been a century since total football was perceived and implemented, but till date, it remains the most effective and pleasing style of playing football. Some say, when football was laid down as a game, this was the way it was meant to be played!

Read: 7 Astonishing Records That Are Still To Be Broken By Lionel Messi 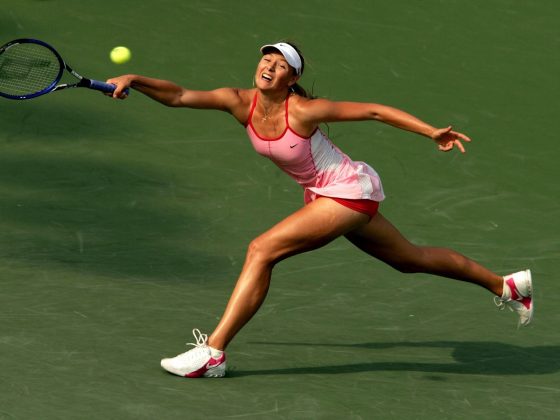 Playing Tennis Benefits You Physically And Mentally. Here’s How! 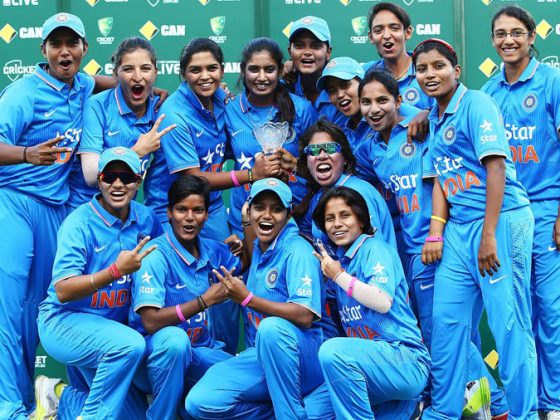 Now Indian Womens Cricket Is Second to None. Thanks!