Women over the years have performed wonderfully in sports. Even though in India, women aren’t exactly encouraged to make it big in sports, there are many of them who have made India proud.

It is disappointing to point out that men are generally associated with sports much more than women, but there are many women out there that have achieved and proved so much more than men in sports.

PT Usha is one of the most iconic figures in women’s athletics till date. She was a record-breaking hero who was nicknamed the golden girl. But not everything came easily to her.

PT Usha was extremely poor while growing up and faced a lot of health issues. It was her drive and determination for athletics that led her to success.

She was associated with sports since 1976 and her passion and drive for sports is what got her, her first scholarship from the government of Kerala. She represented her district in sports.

This is where she was noticed by her coach OM Nambiar. She was impressed by her and how she carried herself. He even said her walk and figure was that of an athlete. This is how the journey of PT Usha began.

She was won 101 international medals and runs a school for athletics in Koyilandi, Kerala. Some of her students are even successful enough to qualify for the Olympics.

She was the first Indian Woman to reach the final of an Olympic event. She has been felicitated with so many awards like the Adidas Golden Shoe Award, Padma Shri Award, Greatest Woman Athlete and the list goes on and on.

She truly is an inspiration for all the aspiring young sportswomen out there.

Hima Das is a young athlete who hails from the State of Assam. She is popularly called the “Ding Express”.

She is a world class athlete who is the first Indian to win gold in a track event in a world championships event. She clocked in at a stunning 51.46 seconds at the IAAF U-20 at Tampere, Finland.

Hima is the daughter of a rice farmer and didn’t grow up very privileged. She caught the eye of a physical education teacher when she won all the athletics events in her district.

Her story unfolds from there. She went on to be the state champion and later that year made it to the Junior Athletics Championships in Coimbatore without any formal training.

She was a very simple small town girl who used to train on hard surfaces and hadn’t even seen shoes with spikes. That didn’t stop her at all. She has been performing all throughout her life and is capable of achieving much more.

Not just that, she is also so pro girl’s education that she’s participated in rally’s where the village she stayed in demolished liquor stores.

She is very determined and sets a great example for the younger generations.

Sakshi Malik is the only Indian female wrestler to win a gold medal at the Olympics.

Sakshi comes from the village Mokhra in Haryana. Her father is a bus conductor and mother is a supervisor in a local health clinic.

Her inspiration to become a wrestler came from her grandfather who too was a wrestler. It was at age 12 that Sakshi started her wrestling training. But it wasn’t all that easy for Sakshi. She did face challenges during the initial stages of her training, especially since the typical Indian mentality is that sports are not meant for girls.

This by no means stopped Sakshi from achieving what she has so far in her wrestling career.

She has big hopes for the future and aspires to clinch the gold medal at the 2020 Olympics.

Mary Kom has now become a household name. Mary Kom is a legendary boxer who has achieved a lot for the country and made India very proud. She is a 5-time world amateur boxing champion and a 6-time world champion.

She was the only Indian boxer who was qualified to compete in the 2012 London Olympics. She went on to win the bronze medal in her category.

Interestingly she was also appointed by the President to be a member of the Rajya Sabha.

Mary Kom’s journey to becoming the best female boxer India has ever seen was not the easiest and straight forward one. She has been raised in famine and poverty. She had to take care of her siblings from a very young age as her parents were peasants who worked on a field.

Mary started showing interest in boxing after following a famous Manipuri boxer named Dingko Singh. It is since then she picked up the sport.

But, her father hated this as he clearly stated that boxing was a male-oriented sport. He thought her interest in boxing will be the reason she won’t be able to find a suitable groom.

All the restrictions, only made Mary work harder. She took part in professional street fighting to support her training and the rest is history.

PV Sindhu has stolen the hearts of many fans all over India. She has become a global star in the badminton world. She has made our nation very proud and has achieved a lot in her career and has a bright future too.

She holds many records too, but her highest accomplishment was winning the silver medal at the 2016 Rio Olympics. She was the first Indian woman to do so.

Luckily for Sindhu, she came from a very sporting background as both her parents were volleyball players. She started playing badminton from the tender age of 8 and was very inspired by her now coach P. Gopichand’s victory at the All England Championships. This is the reason she chose badminton instead of walking in the footsteps of her parents.

She is just 21 years of age and her chances at winning gold at the 2020 Olympics seem very bright.

She is the recipient of many great awards like the Padma Shri and Khel Ratna award.

She is a highly dedicated and disciplined athlete who never gives up. Her attitude on court is very inspirational for future players.

Women in India have done wonders in the sports field, not just for their country, but globally too. Who motivates you the most? 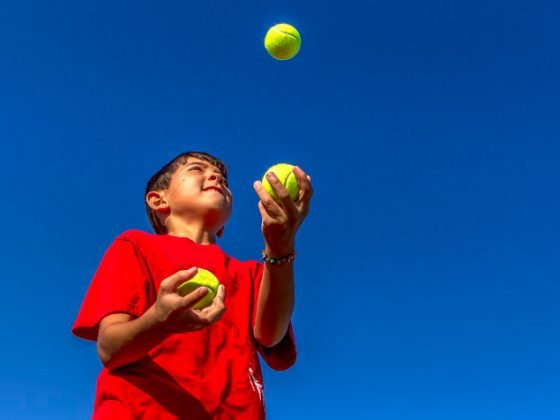 Here Are 4 Easy Ways To Improve Your Hand-Eye Coordination