Free kicks are key weapons in every team’s armoury. Just like corner kicks, there are several types of free kicks in football. Let us take a look at them.

Free kicks are an integral part of football just like corner kicks. In an attacking sense, these provide genuine goalscoring opportunities due to their increased threat level. On the other hand, if a team is looking to protect a lead, winning a free kick helps eat away time in order to run down the clock.

Thus, free kicks can provide an extra edge to a team’s tactics and are regularly on the training ground. So, let us take a look at the different types of free kicks one can encounter in the game.

Free kicks can be broadly classified into two types:

As the name suggests, these free kicks allow the fouled team to kick the ball towards the goal or a team-mate as per their wish.

Further, the opposition player should maintain a minimum distance of 10 yards from the ball’s position.

If a foul punishable by a direct free kick occurs in the opponent’s penalty area, then a penalty kick is awarded for the fouled team.

These free kicks are less attacking than the direct ones. In this case, the ball is supposed to touch another player’s foot before going into the goal.

These free kicks can be distinguished from the direct ones as the referee raises his hand and remains so until the kick is taken and the ball has touched another player or gone out of play.

If a goal is scored directly from this situation, then the opponent team get a goal kick. Further, if the ball enters the kicker’s own goal, then it results in a corner kick.

The minimum distance of 10 yards from the ball is to be maintained by the opposition team in this case as well. Also, if a foul punishable by an indirect freekick occurs in the opponent’s penalty area like a back-pass, then it results in another indirect free kick and not a penalty kick.

Most common offences which result in indirect free kicks are offsides.

Thus, these are the two broad categories into which every free kick in football falls under.

Now, there are different ways a free kick can be taken to confuse the opponent and increase the chances of scoring a goal.

So, let us take a look at some of the common ways in which free kicks are taken.

This is the most common type of free kick when the foul is committed within 25-30 yards from goal. The kick-taker aims to lift the ball above the wall and into the top corner, beating the goalkeeper.

This is relatively a modern variant, made popular by Cristiano Ronaldo in the last decade. The name is derived from a baseball delivery and extremely difficult to execute.

This free kick is also taken from a distance upto 25-30 yards from goal and will result in the ball changing direction viciously, making it difficult to stop.

This is another free-kick which is taken around 20-30 yards from goal. In this case, the kick-taker cleverly shoots the ball into the space left by the jumping wall to surprise everyone and score.

As the name implies, the kick-taker absolutely blasts the ball into the goal. Thus, the chances of scoring are higher even if the ball is hit closer to the goalkeeper. Further, if the keeper gets a hand to it, the power in the shot could still result in a goal.

In this case, the attacking team follows a practiced routine to confuse the opponents and score. This generally involves multiple players and eventually aims to get a team-mate closer to goal for a better chance of scoring.

This is employed for free kicks at distances beyond 30 yards or away from the centre of the goal. Hence, it becomes difficult to score directly.

Therefore, the ball is crossed into the box for a tall team-mate to head it into goal.

Thus, these are some of the common free kicks usually seen in the game. The list is definitely not exhaustive and feel free to add more in the comments section below. 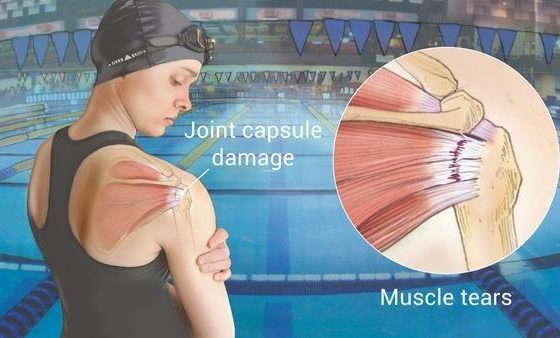 What Should You Know About Swimmer’s Shoulder 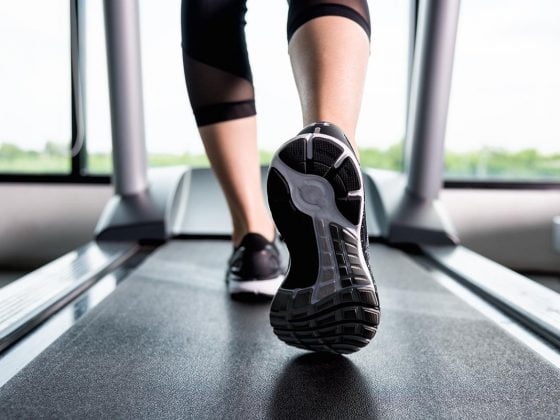 Is Treadmill Running The Best For You