Wondering how to take a penalty kick? Stepping up to the penalty spot can be one of the most nerve-wracking, pressure-filled situations in not only football but any sport.

While scoring from 12 yards out against just a goalkeeper may sound easy, the prospect of the kick being saved, or even worse, not hitting the target, is not an easy task.

Be it Andrea Pirlo’s ice-cool composure, Frank Lampard’s precision or Southampton legend Matt Le Tissier’s consistency, penalties take some practice not only in placing the ball away from the keeper but also mental training to cope with such pressure.

So, let’s have a look at how you could hit them into the back of the net like Cristiano Ronaldo and other great penalty takers.

Place the ball in the penalty spot and don’t be bothered or ruffled by what the goalkeeper may say; goalkeepers tend to try to put off players by saying things to get in the penalty taker’s mind.

Your focus should totally be on the ball despite all the mean stuff that gaolkeepers say. They do that just to distract you.

How to hit the ball

There’s no hard-and-fast rule about how or where you have to hit the ball.

[pullquote]You could shoot powerfully low or into the top corners, or place it to perfection to the corners of the goal, or even try a cheeky Panenka kick like Pirlo, where you chip the ball into the goal. [/pullquote]

While practising, ensure that you find one spot and keep hitting it there and replicate that in the game.

If you want to hit the ball hard and with power, hit the lower part of the ball with the top of your shoes, also called the laces shot. Ensure that your standing foot is pointing towards the goal.

You could also place the ball low and hard; lower shots are tougher for the goalkeeper to save than ones that are waist or shoulder high. For this, hit the ball with the inside of your foot which will give you greater precision and control.

Things to keep in mind

You can put off the goalkeeper by delaying the shot or even stutter on your run-up. If you think that the keeper may move before you kick the ball, wait for him to move when you’re running up to take the kick and then shoot the ball in the opposite direction to where he dives.

[pullquote]Don’t try to anything different to how you’ve practised. [/pullquote]

Sticking to what you’ve done time after time in practice may come good in the game. By changing where you’re going to hit the ball could confuse you.

Practice the same shot that you want to replicate in the game time after time in practice and you may well score; more than 70% of penalty kicks head into the back of the net in football! 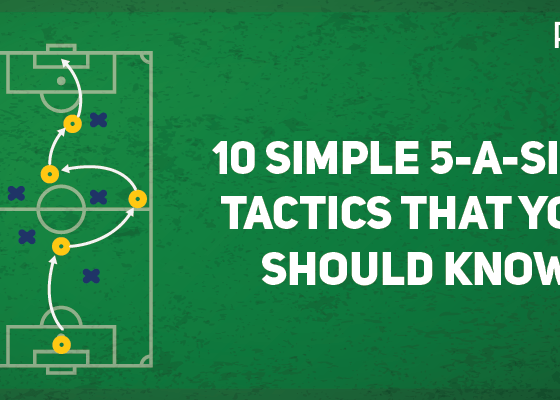 10 Simple 5 a Side Tactics That You Should Know 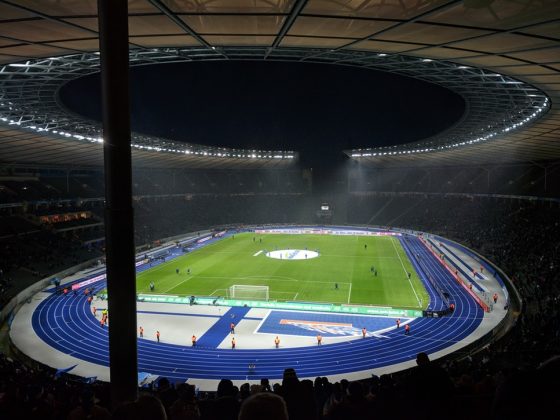