These 3 tricks will help you greatly to get past defenders and win new fans!

Football, on paper, is an easy game to watch and understand, but playing it on the field is a much tougher task. While playing the game with friends, one would like to impress and wow them with some flicks and tricks, which can also be used to get past an opponent or link up with teammates.

How do you imitate football superstars of today and yesteryear, the likes of Zidane, Ronaldo, Messi and co. who’ve made a few tricks their own and popularised it.


Here, we explain to you 3 football tricks that you could use while playing on the street or in a competitive game:

The step over, which was brought to the fore by Brazilian striker Ronaldo in the 90s, and more famously in Brazil’s 2002 World Cup triumph, is a trick that can be used to deceive the opposition defender and get past him.

In a step over, the attacker’s main aim is to confuse the defender as to which way he is going to go with the ball.

Stepping over the ball is a trick to confuse your opponents

When performing the step over, you will have to quickly move your feet from one side to another to confuse the defender into thinking that you may go left or right.

Then follow it up with your stronger foot; move your foot over the ball, and then do it again to confuse the defenders. Push the ball forward with either foot and if executed well, you would’ve beaten your defender.

The key to a good stepover is the speed of the ball; too slow and the defender will displace the ball off your feet, and if it is too fast the ball will land on the feet of the defender or run out of play.

The Cruyff turn gets its name from the player who was famous for the move – legendary Dutch player Johan Cruyff. First used in the 1974 World Cup by the Dutch master, the trick can be used when a player’s back is against a goal or a defender, or when he’s sideways and wants to get past a defender.

While doing the Cruyff turn, body balance is the most important aspect. Run towards the ball as if you were going to pass or shoot the ball, but feign a shot and move the ball around your leg.

While approaching the ball, your weaker foot (or plant foot) has to go a little ahead of the ball and plant it firmly on;  the ground. Your stronger foot should then quickly move the ball around your leg and in the other direction to the defender.

[pullquote]This move has to be executed in one swift motion: weaker foot planted ahead of the ball to give space for the ball to be moved around the leg; stronger foot pushes the ball sideways and past the defender.[/pullquote]

The Marseille turn or 360 (also called a roulette), is a move that is widely used in football to get out of tricky situations and around one or more defenders.

Zinedine Zidane is one of the most famous players in recent years to execute this move to perfection!

[pullquote]The Marseille turn requires you to do a 360-degree turn with the ball at your feet and hopefully get around the defender. [/pullquote]

The key to this trick, like most turn tricks in football, is body balance and composure. Don’t get too close to the defender before you drag the ball back as the defender may dispose of the ball your feet. Like the Cruyff turn, the 360 has to be done in one swift motion.

3 Life Lessons That We Have Learnt From Badminton 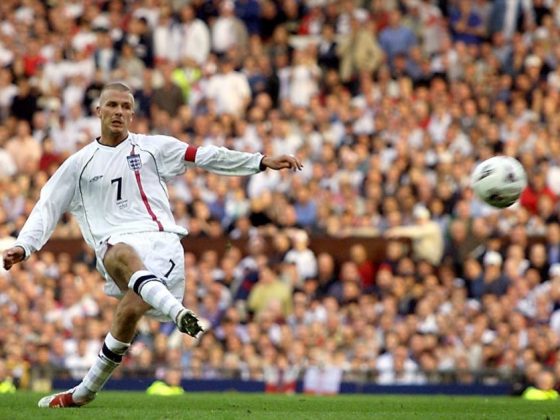 All That You Need To Know About Freekick