Nothing quite gets football fans in a frenzy like a well-executed free kick, even more so when it is the deciding goal in a match.

Remember David Beckham’s last-gasp free kick against Greece prior to the 2002 World Cup or Ronaldinho’s incredible one that bamboozled English goalkeeper David Seaman in the 2002 World Cup, or Cristiano Ronaldo’s numerous scorching kicks from outside the box?

To score from a free kick requires precision, a cool head and good technique – and a lot of practice!

Here, we take a look at how to hit a free-kick- be it scoring or assisting from this set-piece situation:

Before you step up to take the free-kick, see where the goalkeeper is standing as well as the defensive wall. Place the ball on the pitch and take a few steps back. Most players take more steps to get power on the ball, while those that curl the ball take fewer steps and angle their run up instead.

After noticing where your keeper is standing, picture where you are going to shoot the ball. It is easier to curl the ball outside to inside (i.e from left to right for a right-footed player and vice versa for a left-footed player) rather than inside to outside.

If you’re going for a curler (a ball that curves more than has speed or pace) take an angular run-up and a short one. Hit with the inside of your foot on the middle of the ball with your standing foot acting as a pivot and perpendicular to where the ball is placed and facing the direction of where you want the ball to go.

Kick the ball in one swift motion with a follow-through that doesn’t strain to either of your legs.

Longer the run-up, the more power you can generate from your foot; four or five steps should be ideal.

While taking this kick, your head should remain still, looking at the direction of the target, while your arms should act as balancers.

[pullquote]If you feel that the free-kick is too far away from a scoring position, you can always set-up one of your teammates. [/pullquote]

To assist from a free-kick, it is ideal to go for a curling free-kick which doesn’t have too much pace on the ball.

You could hit the ball in the air, or mix it up by hitting it hard across the floor. You could even pass it to a teammate who is standing on the edge of the box.

Free-kicks take a lot of practice and can become a vital trick up your sleeve to score goals or set up teammates. 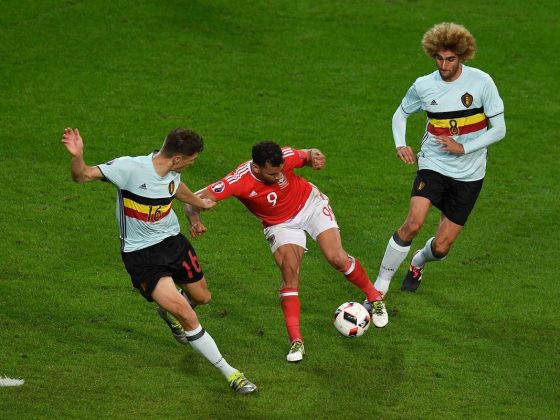 Tackle Your Opponents With These Tricky Moves 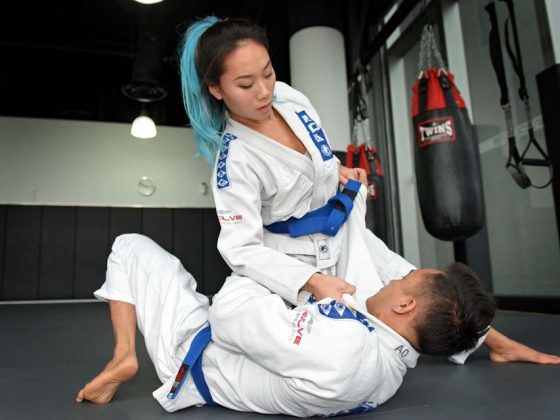