Just like cricket or any other team sport, football has different playing positions. While these roles have evolved with the game, let’s take a look at the ones which one can encounter in the current time period.

Football is a game where 11 members of a team face their counterparts to score goals and win. These 11 players occupy various playing positions on a football field according to the team’s tactics.

Now, football has evolved a lot over the centuries to arrive at its current version. A lot of things have changed in football over the decades, including the rules, tactics, type of balls and playing positions. However, these playing positions can be broadly divided as the defence, midfield and attack.

As the game evolved, the playing positions changed as well. Some of them do not exist anymore while new hybrid variants are present in the modern game. Without further ado, let’s take a look at the different playing positions in football.

The keeper is the only player in the team who is allowed to ‘handle’ the ball inside the 18-yard box. These players are the last line of defence for their teams and are generally tall and have excellent reflexes.

The best examples of such players are Spain’s David De Gea and Germany’s Marc-Andre ter Stegen.

Centre-backs or centre-halves are the key defensive players for any team. These players usually play in the middle of their defence and every team normally has either two or three of them at the back.

The common attributes associated with centre-backs are height, strength, excellent tackling ability and a good reading of the game to intercept opposition attacks. Some of the best centre-backs currently are Spain’s Sergio Ramos and Germany’s Mats Hummels.

A role which no longer exists in the game, the sweeper normally plays between the two centre-halves and the goalkeeper. This player is essentially a defender but possesses ball-playing attributes akin to a midfielder.

Thus, the sweeper helps the team in attack as well. However, thanks to the offside rule, this playing position is currently non-existent. Bayern Munich’s Franz Beckenbauer is the best example for this role.

As the name suggests, full-backs play at the back in defence. However, full-backs are not positioned in the middle of the defence like centre-backs. Instead, they flank the centre-halves out wide and are primarily used in a four-man defence.

Unlike the centre-halves, modern full-backs possess attacking attributes such as pace and crossing ability apart from their defensive traits. These players are expected to have the higher stamina to maraud up and down the flank throughout the match. Some of the best players in these positions are Austria’s David Alaba and Brazil’s Marcelo.

Wing-backs are similar to full-backs in terms of flanking the centre-backs. However, their average position on the pitch is higher up and these positions are used when a team plays three at the back.

Naturally, wing-backs are more attack-minded with lesser defensive responsibilities. Their ability on the ball is key to putting in crosses and playing an active part in the team’s attack. Examples include Spain’s Marcos Alonso and England’s Kieran Trippier.

Moving on to the midfield, a defensive midfielder is self-explanatory in terms of being a defensive-minded midfield player. However, there are variations to this playing position in terms of the attributes possessed by the player.

One variant is the classic ‘destroyer’ whose primary job is to break opposition attacks and guard the defence. The other variant is ‘deep-lying playmaker’ where the player possesses excellent technique, vision and passing range to kickstart attacks. A solid example for the first type is France’s N’Golo Kante in his initial years while Spain’s Xabi Alonso is a good example for the deep-lying playmaker.

A central midfielder is generally positioned right in the middle of the park. These players are the ones with high energy and tempo, taking part in offensive and defensive duties to various extents.

Central midfielders usually possess good passing skills, decent defensive qualities and the ability to either pick a team-mate or score from distance. Thus, these players form the heart of any team. France’s Paul Pogba is one such example for this playing position.

This kind of player is positioned higher up the pitch but in a central position. Attacking midfielders come either in the form of creators such as Germany’s Mesut Ozil or goalscorers such as Colombia’s James Rodriguez.

These players combine the midfield abilities with the added trait of directly affecting the game in terms of goals. Naturally, these players are vital for their teams’ attacks and are a joy to watch.

The modern game witnesses lesser wide midfielders as that breed continues to peter out. Most of the current players in this position are wingers, seen higher up the pitch.

The wide midfielders usually flank the central midfielders and are tasked with providing pace and creativity out wide. Further, they possess a decent work-rate to help out defensively as well. A famous wide midfielder from the past decade would be David Beckham at Manchester United.

As mentioned above, the modern game is home to wingers or wide attackers who are stationed higher up the pitch. These players normally possess electric pace and excellent dribbling ability to beat their man. Further, top wingers are good goalscorers as well, making them extra options in attack.

Finally, this decade has seen the concept of inverted wingers come to the fore. In this case, a predominantly right-footed winger plays on the left flank and vice-versa. This allows for the players to cut in on their preferred foot and unleash ferocious shots. The best examples of wingers are Lionel Messi and Mohamed Salah.

This playing position is usually seen in teams who do not have an attacking midfielder. In such a case, a striker with the ability to create plays off the main forward up front.

The prime difference between a second striker and an attacking midfielder is that the former focus on scoring more than creating. Antoine Griezmann is a solid example of a successful second striker.

Both roles involve a player leading the team’s attack up front. While a striker is usually full of pace and carries the ability to run behind the opposition defence, a centre-forward is more of a ‘target man’. Thus, the latter possesses height and strength to go along with excellent link-up play.

Either way, this playing position puts the responsibility on the player to shoulder the goalscoring burden of the team. The young and talented Kylian Mbappe along with Sergio Aguero are top examples for this role.

Thus, these are the playing positions one normally encounters in the current game. While variations continue to exist, most of the players in the modern era fit into these categories.

Do feel free to mention more playing positions you can think of in the comments sections below. 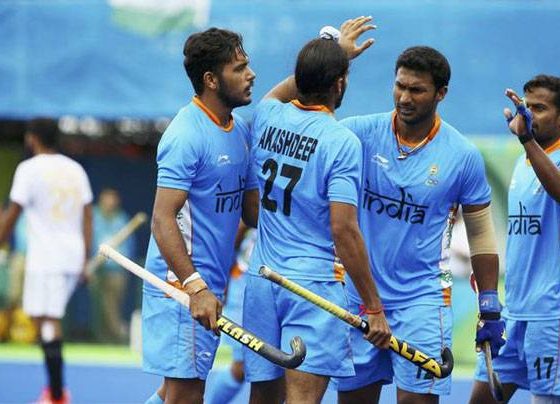 Confused About How to Smash in Badminton as a Beginner?