Badminton history has evolved and come a long way.

Badminton is a trendy sport, not just nationwide, but worldwide. The growth of Badminton over the years has been tremendous, and it is continuing to gain momentum. The history of Badminton is undoubtedly an interesting one.

How well do you know the history of Badminton? Well, keep reading!

Origin of the word “Badminton”:

Since its inception, Badminton has been given various names including, ‘Battledore and Shuttlecock’ and ‘Poona’.

In the 1800s, Badminton came to India; it was a great way to relax and pass time for British officers in India. The British seemed to enjoy the game so much that they took it back to England. The English developed a liking to the game. The ninth Duke of Beaufort, Henry Somerset, coined the name Badminton.

The first set of rules were formulated in Pune.

As the British Empire expanded, so did the game of Badminton. By the 19th century, Badminton garnered more interest, the rules became elaborate and were significantly improved.

The Commonwealth countries responded very well to the game.

The real shaping, from just a game to an Olympic sport:

The rules set in Pune gave way to the Bath Badminton Club, which was used as a foundation. The Badminton Association of England made significant improvements to the rules and regulations.

Soon after this, the prestigious All England Championship was born. This tournament opened up the sport to a broader audience. To date, this is the longest standing tournament in Badminton history.

The worldwide impact of Badminton

After being so successful in England, in 1934, nine other countries came together to form the first-ever international governing body called International Badminton Federation (IBF).

India joined the IBF in 1936. IBF is now the Badminton World Federation (BWF).

The popularity of the sport took a hit due to the World War. But soon it made a comeback with the introduction of the Thomas Cup, the first men’s international competition. The women’s equivalent, the Uber Cup, was introduced in 1956-57.

Ever since Badminton has flourished worldwide, in 1992, Badminton became an Olympic sport.

Today, there are five categories in Badminton, including men’s, women’s, and mixed.

In India, Badminton has been very successful. Mr. Vijay Madgaonkar was the first man to win an Indian National title.

With the growth of Badminton in India, many Badminton Academies came into existence. Prakash Padukone being the first Indian man to win the All England Championship, gave Badminton a boost in India.

A few years later, Pullela Gopichand achieved the same, which increased the momentum of Badminton in India.

Saina Nehwal‘s bronze and P.V Sindhu’s silver in the Olympics inspired many more to take up the sport. The increase in demand for the sport has led a spike in the number of Badminton academies all over.

To know more about the sport of Badminton, check out our blog section. 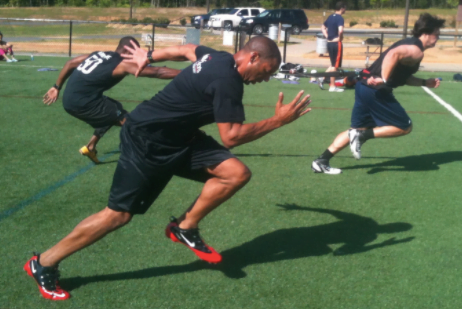 Explosive Speed Training Drills: For a stronger and faster body