You are at:Home»Generic»What Do You Need To Know About Inverted Full-Backs? 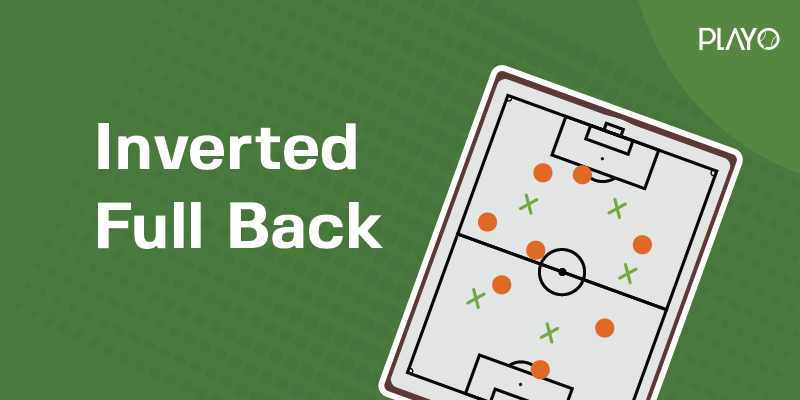 What Do You Need To Know About Inverted Full-Backs?

By Aditya Sreevatsava on February 28, 2020 0 Comments
Share this on WhatsApp

In the early days, when the formation was 2-5-3 the full-backs were modern-day centre backs. After a few years, the teams started playing with a formation 3-5-2.

This 3-5-2 brought into picture one fixed defender. This didn’t help the full-backs to get involved in the game much. This brought a change in the formation yet again and this time to 4-2-4.

This brought in place an extra centre back.  This helped in having two centre-halves fixed at the back and the full-backs to be involved in both attacking and defending. This how usage of full-back has been improvised over the years.

Does anyone of you know a new position that was used in the Pep Guardiola style of play? It’s called the Inverted Full-Back.

What is Inverted Full-Back?

Inverted Full backs are used when the wingers like to cut inside. They move the ball centrally and slot themselves as the third midfielder when having the possession of the ball.  Pep Guardiola introduced this style of play. It was done to get better structure in the midfield and for the winger to have the freedom to cut inside.

Phillip Lahm was used as an inverted full-back by the man himself Pep Guardiola.

The Inverted full-backs help the creative midfielders to play with freedom. They support the line of attack. It gives them the freedom to play between the opponent’s midfield line and defence line to supply the ball to the attackers and wingers. They play in a zone called zone 14. This is a  zone where the opponent’s defence has to think twice before pressing or hold the line.

This stops the counter-attack from happening. When the teams play with two centre backs and a defensive midfielder, the full-backs press high up the field while attacking it would leave only 3 players at the back. This would mean that only 3 players would be at the back. This would cause huge issues during defending hence having inverted full-back would stop the counter-attacks from happening.

The centre of the pitch is where most of the position is won. With inverted full-backs slotting in as another midfielder it helps in winning the possession back when it is lost. There will be an extra player in the centre of the pitch which helps in winning back position. With regards to retaining position, There is an extra man in the midfield to pass the ball around. This helps in better retention of the ball.

An inverted Full-back has made a massive change in the structure of formation in modern football.