Marking is an important part of every footballer’s game. It is a defensive strategy which aims to prevent your opponents from gaining control of the ball and limiting their influence on the game.

Man-to-man marking is the strategy where defenders are assigned one specific person to tail throughout the game. Whether it’s defending from set-pieces or open play, the defenders chase down the opposing players they are marking, not allowing them even an inch of space.

This requires great stamina, top match fitness and picking a player to mark right from the very start of the game. Italian teams in the 60s and 70s perfected this tactic and enjoyed great success, eventually making it a popular defensive strategy in football.

However, man-marking had its drawbacks. Defenders occupied with their marking duties rarely contributed to the attack resulting in a dull style of play. It is a rare phenomenon to see a team employ old-school man-marking strategies in modern football.

What replaced the classic Man-marking strategy?

The days of marking every player are gone. Only elite players such as Ronaldo and Messi are usually man-marked today. Modern football has been taken over by the phenomenon of Zonal Marking.

Zonal Marking is the defensive strategy wherein a defender covers an area or ‘zone’ of the pitch as opposed to being assigned a player to mark. If an opponent moves into the area a defender is covering, the defender marks the opponent. When the opponent leaves this area, then marking the opponent becomes the responsibility of another defender.

Why did Zonal Marking become popular?

As mentioned earlier, man-marking was very effective but at the cost of sacrificing a fair bit of attacking play. Zonal marking offers much greater tactical flexibility. This is because players are in their correct positions, instead of being dragged away trying to mark their opponents, ensuring that attacks develop at a quicker pace catching the other team off-guard.

Zonal marking is practical and can be adapted with various formations when compared to strict man-marking strategies. However, zonal marking requires greater coordination and communication between team-mates. Besides, set-pieces can be defended effectively only with man-marking.

This is because there is a lot less space involved and the best players can be restricted when being marked by the strongest defenders. Individual marking assignments often complement zonal organizations. It isn’t far-fetched to say good man-marking is the foundation of impenetrable defense.

On the flip-side, opting for man-marking against a team full of physical, tall aerial threats, for example, could be suicidal. Tactics change according to in-game situations like defending set pieces, taking the risk in a knockout match or when there are fewer players on the field due to a sending-off.

Man marking is essential for teams looking to grind out a result, but against teams that rotate often to keep the team fresh, deploying zonal marking would be the better option since it’s easier to slot players in and out of this system.

Summing up, there is no ‘best’ type of marking, it is important to use both marking strategies as and when the situation calls for it. In fact, modern teams do use a mixture of both strategies effectively. What do you and your team prefer?

Read: How The Historic Panenka Chip Came Into Being? 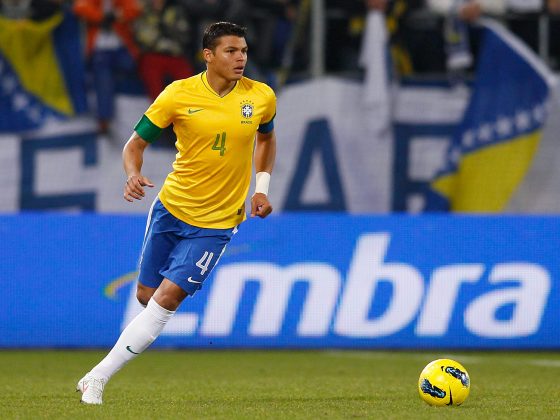 What Type Of A Football Defender Are You?