Table Tennis Tips! Sports are man’s attitude to good health. They are our lifetime possession, so enriching, so benefiting. All come with their own set of plus for you to gain big, both indoors and outdoors.It is up to you to decide that what suits you the best, they know its working and later on master it to get the upper hand. Today I’ll be speaking about one such sport that’ll not only keep you active indoors but will keep you active outdoors as well. It can be played all the year round because it is an indoor sport-Table Tennis. But before getting on, let us know the inside of it.

Once a parlor game, table tennis began as a game of leisure in the 1880s, when lawn tennis players decided to play indoors in their effort to beat the winters. So the equipment had to be different from that of lawn tennis to make the game possible and enjoy it. Wooden frame bats, covered with animal skin, struck the rubber or cork balls, on both sides of a table. Today the complexion of the game has changed and so its approach, making it more entertaining and captivating. This game has crossed boundaries, traveled the distance and gained stardom in every sports-loving country.

Going down the memory lane, when we look at the equipment, table tennis paddles were devoured of fancy sponges or sticky rubber. The paddle’s wooden frame only had a slim covering of sandpaper, disallowing friction with the ball and at the same time curbing its spin. This led to long rallies and at the same time strategizing a win, rather than relying on speed and power for dominance. Today, the scenario is completely different, table tennis paddle has earned a new facelift, with one side red and the other black which goes to suggest that the paddle was donned by spin heavy rubber on one side and the other side was spin less. 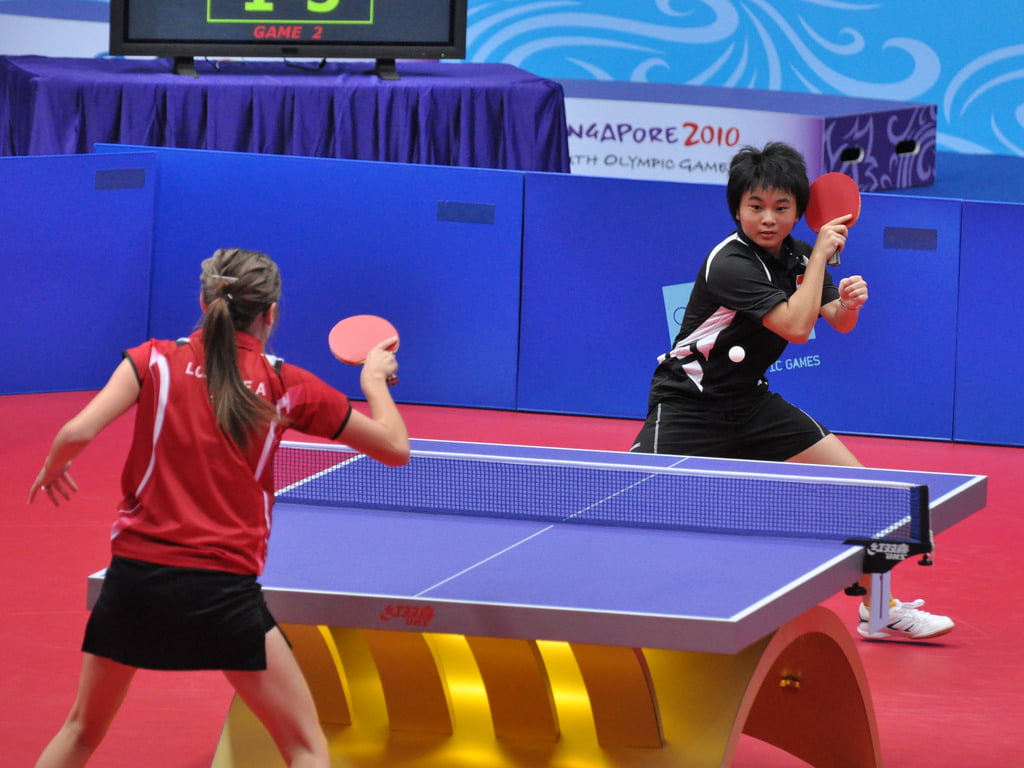 Getting in the groove

The first step to begin with as an aspiring table tennis player is to get a racket that suits your play style. This holds immense relevance while getting your hands on the game. 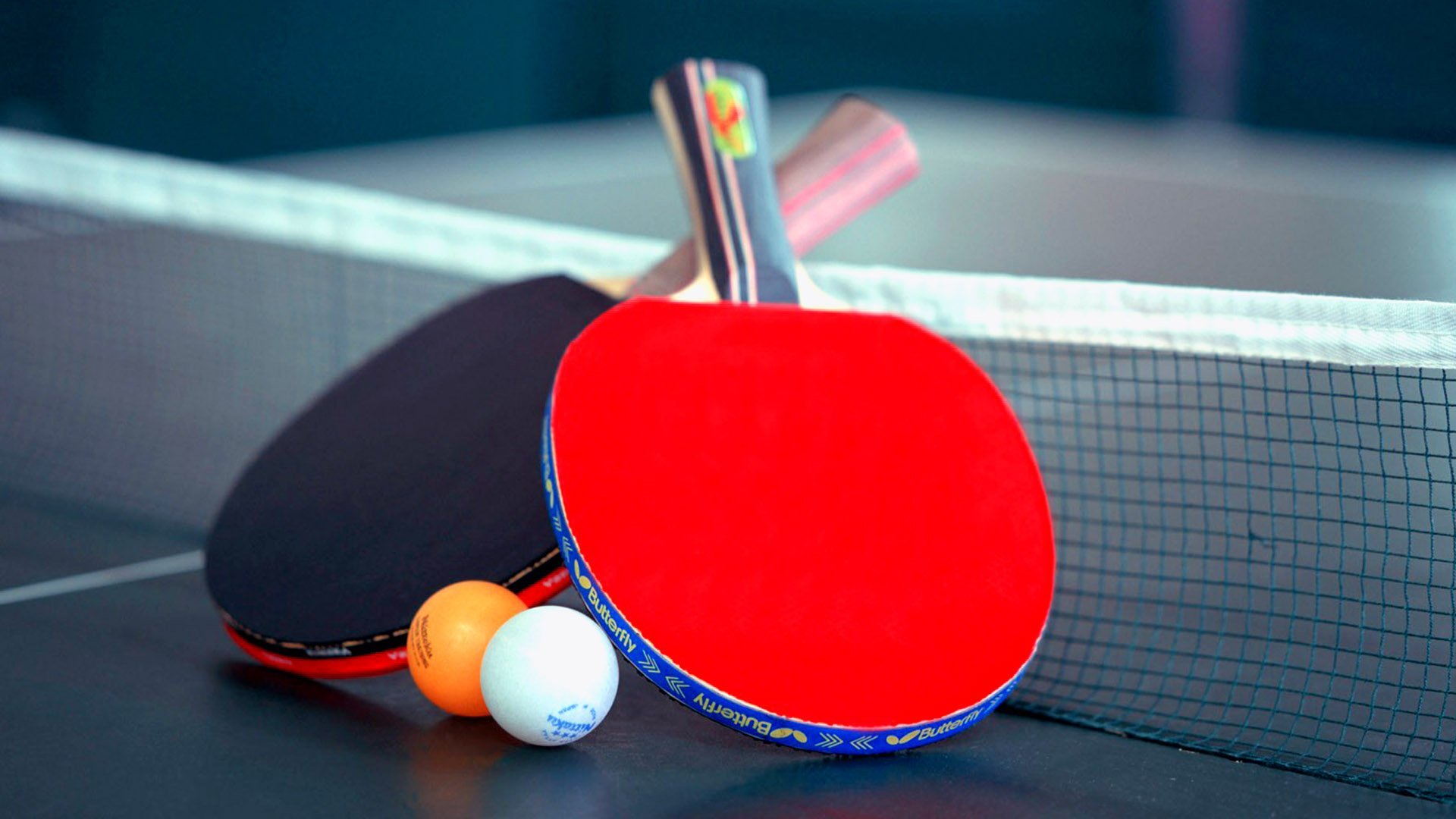 What to look for?

Pick the rubber type that suits your style.

If you are defensive in nature, you should choose a paddle with rubber that minimizes spin. But your gameplay is just the opposite, then you will need a rubber with more stick to give you the spin edge.

Sponge thickness beneath the rubber.

Here also your nature of play comes into force. If you are defensive the sponge underneath the rubber should not be thick because of thicker sponge springs the ball of the paddle in a jiffy. This aptly suits the attacking players.

Handle for the right grip.

A good grip can always turn the tides in your favour and handle is the area to get your hands on the game.The handle you choose should comfort your grip and the popular types that’ll aid you are straight and flared.

After getting a suitable paddle, matching your play style, give birth to a service that catches your opponent on the wrong foot which forces him/her to play to your strongholds. It is this service that’ll set the momentum and be the deciding factor in earning you the point. So, you need to be a creator of a few of them and spin is one good option to be incorporated because when a spinning ball bounces off your opponents paddle giving you the view of the direction in which the ball is moving. 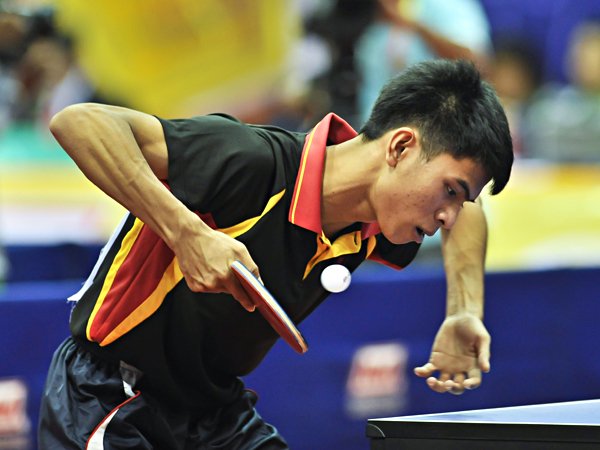 Now it is up to you to decide on which spin you should use that’ll force your opponent to hit the ball in the direction of your choice.

Now how to decide on the spin

Once you have decided on the type of spin for your serve, you can bring in top spin or backspin, along with a sidespin to strengthen your game plan.

To prepare you need

How to return with power 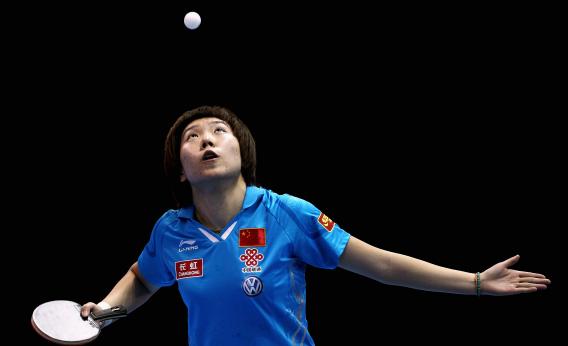 If your opponent hits the ball too high, you can make him pay for it by hitting the ball with utmost power over the net. This might lead your opponent, returning the shot into the net. To get your hands on it:

Look for Your Opponent’s Weakness

After having known the basics of table tennis, you should also know how to maximize on your opponents weakness.You can:

So, are you ready to gain that gold like luster? Sweat yourself out in the chamber of hard work in earnest, following the above-mentioned steps on a regular basis, and the results will be in your favor.

Read: 5 Drills That Will Help You Get Better At Table Tennis

5 Reasons Why Girls Should Play Sports 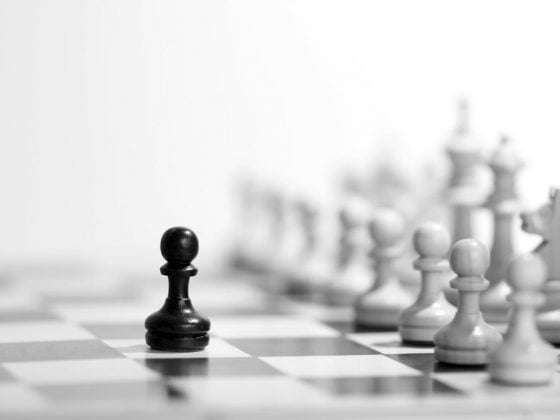 The Lesser Known Rules In Chess That You Should Know 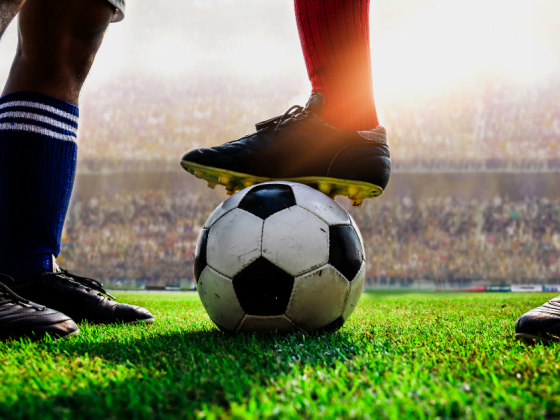