Two unfancied teams that have gone longer than most fans and pundits expected, and dumped out some big teams!

When Aleksandr Golovin scored the fifth and final goal in Russia’s drubbing of Saudi Arabia in the opening game of the 2018 World Cup in Moscow, fans and pundits praised the Russian team for their fantastic performance but didn’t take Russia seriously. After all, Saudi Arabia were placed 67th in the FIFA rankings, three places above Russia and were to be the whipping boys of the tournament.

Coming into the tournament, Russia weren’t favourites to get out of Group A with the likes of Egypt, Saudi Arabia and Uruguay stronger than them on paper. But matches – especially in a big tournament like the World Cup – aren’t won on paper. They are won on the pitch, where an inspired performance by an individual – and some luck – can take a team a long way in a tournament.

Fans and critics sat up and took notice of the Russian team after convincingly defeating Egypt in their second game, as Dzyuba, Cheryshev and co. ran riot and won the game 3-1. This helped them qualify to the knockout stages of the World Cup. This was first time since the 1986 World Cup when they played as the Soviet Union.

Russia had truly delivered more than what the most optimistic Russian fan had hoped for. And they had done so after a massive setback in the very first match – 24 minutes into their World Cup campaign, when their chief playmaker and star, Alan Dzagoev, went down in a heap, in what would be his final minutes of the group stage campaign.

But Russia had found a new star after Dzagoev’s absence – 22-year-old midfielder Aleksandr Golovin, who starred in Russia’s win against Egypt and has impressed in the other games that he’s featured. From the youngster of the team to the oldest and most experienced player, 38-year-old Sergei Ignashevich – who was a star in Russia’s backs-to-the-wall defensive display against Spain, the entire Russian team have played well collectively and surprised fans and pundits world over.

Croatia, meanwhile, have had a tough last year of international football, only qualifying for the World Cup through the playoffs, and also replacing manager Ante Čačić with Zlatko Dalić, who guided the Croats to the World Cup in Russia.

Prior to the World Cup, Dalic’s men had lost 2 of the 4 friendly matches they played and not many expected the Croatians to do much in the World Cup. In the opening game against Nigeria, the Croatians won the game 2-0 but put in lacklustre performance while there was some controversy, too. Striker Nikola Kalinić refused to come on during the match and was removed from the squad following the game. Dalic meant business and didn’t want any bad eggs in his squad.

It seemed like Dalic had his men playing as one and motivated as they outmuscled and outplayed Lionel Messi’s Argentina team in the second game, winning the game 3-0; the hero of the match was Croatia’s captain, Luka Modric, who showed his class and dominated the midfield with Ivan Rakitic and Marcelo Brozović behind him.

The Real Madrid midfielder has been played further forward than he does for his club and has stamped his authority in games as well as leading from the front with his goals and assists. Croatia’s strong and physical defence, led by Lovren and Vida, have stifled attackers and been miserly.

Russia and Croatia have exceeded all expectations at the World Cup and defeated two footballing giants – Spain and Argentina, respectively. They are the perennial ‘banana skin’ of the tournament: a team that is unpredictable plays with a lot of heart and is set-up to not be beaten.

When they face off in the quarter-finals of the 2018 World Cup, they may lack in high-profile, world-class players, but they will possess passion and determination in abundance, and that will probably show in the way the two teams approach the game.

Whichever team bows out of the World Cup can hold their head up high as they’ve won several battles – and fans – with the way the played. And the winner will put on a stern fight and continue their dream story against Sweden or England in the semi-finals at the Luzhniki Stadium in Moscow. 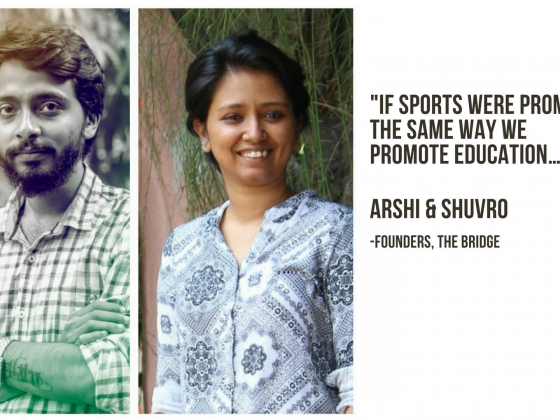 “If Sports Were Promoted The Same Way We Promote Education…”