Beginner tactics for football? In football, the prospects of a team having a successful campaign largely depend on the tactics employed by their manager. It isn’t telling what to do while possessing the ball, but instruct them what to do when off of it.

A manager is expected to use the tactics that will suit the team’s system and style of play.

Former Dutch international and one of the finest to play the game, Johan Cruyff, best summed this phenomenon.

“When you play a match, it is statistically proven that players actually have the ball 3 minutes on average… So, the most important thing is: what do you do during those 87 minutes when you do not have the ball. That is what determines whether you’re a good player or not.”

Some of the most popular tactics of today’s game are listed here:

Widely popular under the Sir Alex Ferguson era, this formation largely depends on the striking partnership upfront, the balanced use of midfielders – with wide midfielders often having quick feet and ability to cross the ball into the box, and full-backs who have the sense to switch defence into attack when needed, overlapping the players ahead of them to offer an extra attacking option – which results in a healthy support for the two strikers upfront, hawking around the box.

The strikers upfront often complement each other by having a different set of skills. For instance, if one of the strikers is short, pacey and agile; the other one could be tall and good in the air to form an ideal combination. Despite the past glory and recent resurgence in the form of Leicester City and Atletico Madrid, this formation is well past its golden age.

The most essential part of this style of play is a holding midfielder – who acts as a hinge between attack and defence giving the other midfielders, who are more creative, the license to roam around the pitch and engineer precise final passes.

The prime focus of Tiki Taka is the quick one or two touch passing of the ball and retaining possession in both halves of the pitch.

The philosophy of Tika Taka was bought forward during the early ’90s by Johan Cruyff. But it was not until 2009 that it received global recognition. That happened when Pep Guardiola’s Barcelona won sextuple in the 2009/10 season and Spain won the World Cup in 2010.

While Tiki-Taka has suffered a decline in recent years, it paved the way for the most devastating tactic in modern football – the counter-attack.

The objective is to set back and defend, pouncing on any loose balls and regain possession, exploiting the gaps left in behind and score.

The key to this tactic is sitting back and defending patiently, swiping the ball off of the opponents, and pinning it towards the attackers.

It is essential to move the ball forward at pace before the opponents regroup and put their formation back together. Leicester City and Real Madrid have used this tactic exceptionally well in recent times.

This tactic was made famous by Jose Mourinho in the aftermath of a frustrating 0-0 draw with Tottenham Hotspurs in 2004. “As we say in Portugal, they brought the bus and they left the bus in front of the goal. I’m really frustrated because there was only one team looking to win, they only came not to concede,” said Mourinho post this embarrassing defeat.

It is a tactic widely used by teams who are inferior to their opponents – just to get something out of the game. It is a tactic where all 10 outfield players are thrown into their own halves in an ultra-defensive approach to the game in an attempt to either preserve a lead or play for a draw.

The defensive nature of this tactic leads to its name, metaphorically parking an impenetrable bus in front of the goal. This tactic involves incredible discipline and a will to fight for every ball.

This isn’t a tactic that managers opt for throughout the season, but rather tactic teams will adopt in individual matches – particularly against a team with superior attacking ability.

The high pressing game requires all outfield units to press their opponents into giving up possession. Other tactics are quite comfortable with oppositions carrying the ball in their own half. This is because the threat on goal is largely nullified from that far out. High press football believes in the philosophy, higher position you win the ball, shorter distance to go for a scoring position. With every player pressing, it results in the team playing a dangerously high line.

This tactic is a perfect counter to team’s who like to keep possession of the ball. As one misplaced pass can result in a lethal attack with a number of players already threatening up the pitch.

This tactic can be physically very challenging with every outfield player expected to go rush into the opponent’s half. It is often regarded that in this tactic, the attack is the first line of defence. In the summer of 2013, Bayern Munich tore apart Pep’s Barcelona. It was using the high press in the semifinal of the Champions League, thrashing them 7-0 over the two legs.

Perhaps one of the least pleasing to the eye tactic in world football, widely regarded as an ugly tactic. The long ball tactic relies on giving aerial long passes towards their strikers upfront from deep into their own half.

This strategy relies heavily on the forwards – who are expected to be physically strong, tall, efficient in holding the ball in an attempt to let the support arrive and capable of winning aerial duels.

This tactic is usually employed by teams with a defensive approach to the game. The intention is to get the ball away from your own half, and into the feet of the striker.

Again, the key to any tactic is to have the right players in the right position to execute it successfully. 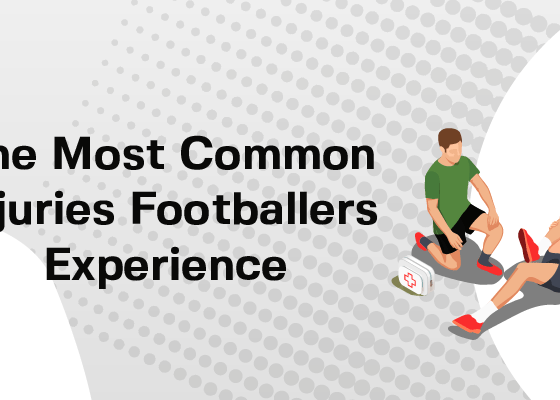 The Most Common Injuries Footballers Experience 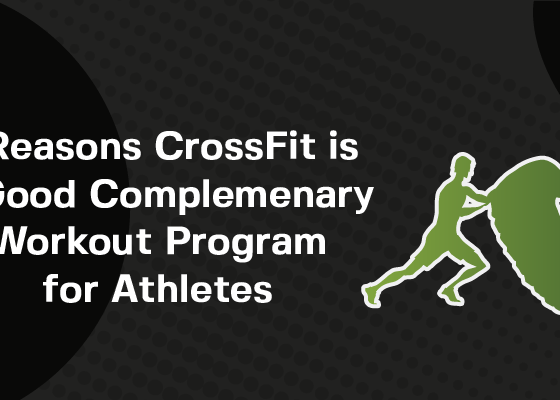 4 Reasons CrossFit is a Good Complementary Workout for Athletes