A team that is good at corner kicks can catch out opposition and score plenty goals.

Corner kicks can cause a lot of chaos between two teams.

Set pieces, especially corner kicks, can be a great way to score a goal if your team is not technically superior, or has good headers of the ball.

Nearer to the goal and with several bodies in the box, corner kicks can cause mayhem and even lead to goals.

Here, we tell you how to take the perfect corner kick in football:


After being awarded a corner kick, scope the penalty area for your teammates and the weak link in the opposition’s defence and target that player. If your team has plotted well before the match, you would have identified the opposition player who is poor during set pieces and place your best header of the ball on this player.

You must also look for alternative options if the box is loaded with players; this could either be a player lurking just outside the penalty box, or a player offering a short passing option for you.

If you think that the goalkeeper’s area is crowded with bodies, you could also attempt to go for goal directly.

As mentioned above, you could either find your teammate outside of the box for a shot or play it short to your teammate who could get closer to goal and cross, or maybe go for goal.

[pullquote]The ideal kick should land in and around the penalty spot. But corner kicks can also have variations to catch out the opposition, which can be trained ahead of the match. You could maybe have one or two teammates crowding the goalkeeper, or all standing in a line so as to put off opposition defenders on whom to mark.[/pullquote]

You could play it to the far post to head it across the goal or the near post for a flick on into the goal.

There are numerous options for a corner kick and the key to a good corner kick is the organisation- knowing what your teammates are going to do and their strengths and weaknesses.

No matter how good a player is at heading the ball if the corner isn’t delivered with the right pace and height, the player will not be able to get his head to the ball and score.

Most corner kicks are taken using the instep, i.e. kicking the ball with the inside of your foot. You should kick the lower part of the ball, with enough power to get up and over the first defender, but not too much height. More height on the ball makes it easier for the goalkeeper to judge the flight and catch it.

Ensure that you add enough swerve on the ball while kicking which ensures that the ball swerves inwards. Too much swerve and it will land on the goalkeeper’s hands.

You could also try hitting across the ball to bend the ball away from the goal, which may confuse the goalkeeper as the ball moves away from where he’s positioned. To perfect the outswing of the ball, hit the ball across with your laces on the lower part of the ball.

[pullquote]Another type of delivery is the floater, where the ball has less pace and can bamboozle the goalkeeper and the opposition defender as it takes a long time to come inside the box. [/pullquote]

While playing a floated ball, hit the ball right in the middle with a lot of flight; ensure that the ball is not anywhere near the goalkeeper. You could hit a floater to the back post for knockdowns to the attackers in the middle.

Corner kicks are a great way to score goals, even more so if you have good headers of the ball. The key to being a successful set-piece team is to practice variations all the time on the training pitch and has great communication and delivery.

Here is a video on how to take a Corner Kick: 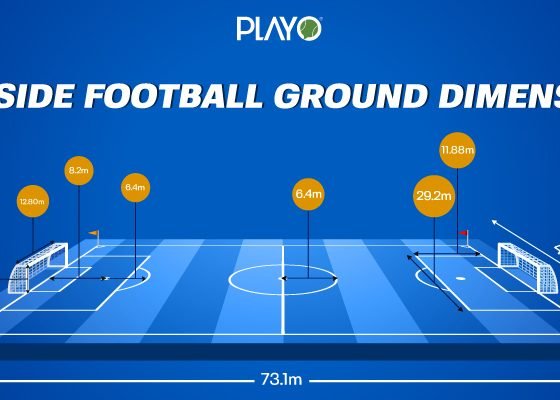 Everything About 9-a-side Football Ground Dimensions 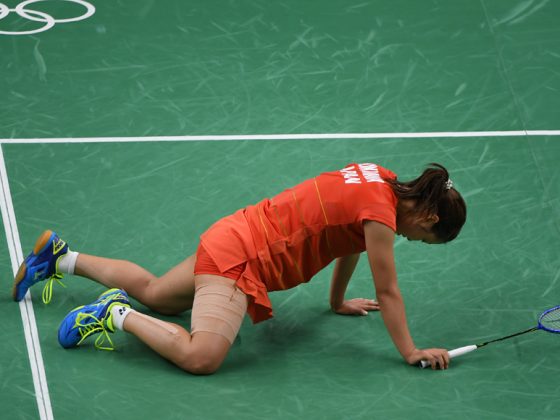 Here’s What You Need to Do for a Badminton Injury