BEST YONEX BADMINTON RACKET! Yonex is one of the most trusted companies when it comes to Badminton. They have always come out with the best gear that is worn by professionals all over the world.

Some of the top players from across the world are tied up with Yonex as they truly provide good quality products.

Yonex is a Japanese company that caters to all levels of players, but is quite exceptional for the professional players.

Astrid 88 D was launched in 2017 and has been seen used by many players. It is a head heavy racket but surprisingly all the weight isn’t concentrated on top of the frame. It is evenly distributed throughout the frame.

This racket hits really well and you can manoeuvre quite well with this racket. It does not tire the arm even after hitting shot after shot.

It swings fast and you can hit clean shots from every corner and angle.

Overall, it is a great racket to have and is not nearly as expensive as their other rackets as it costs around 3000 in most Indian e-commerce sites.

The Voltric Z Force II was launched back in 2014 and sine been among the top rackets. Till date, the world’s best players are seen using this racket and dubbed as one of the best rackets that have been created by Yonex.

It is a head heavy racket with a uniquely smaller head and is said to have the thinnest shaft in Yonex history.

It has an aerodynamic head and that combined with the thin shaft makes the racket even more special.

This racket comes with tungsten-infused grommet along with a tri-voltage system which retains the shuttle on the strings for a longer time so that the player can enjoy better power and precision.

This racket is said to be the most recommended racket for players who are heavy attackers. It is better for players who are on the offence rather than defence. It weighs from 84-88gms and is a medium flex racket. Since it is in the middle, it tends to offer the best of both worlds when it comes to flexibility.

Good control even while hitting hard shots is necessary, and that control can be found in this model.

Yonex Duora 10 was launched by Yonex in 2015. This racket has been a great success specially with the top players of the world. It weighs from 88-93gms.

With this racket, you can play great forehands and quick backhand strokes. It lets you do both very well.

This racket comes with an aero frame as well as a box frame which helps in offering great performance in speed and power.

If you want to hit hard and fast at the same time, then this racket is meant for you.

These are the top four best Yonex badminton racket which use advanced technology that is appreciated by the top players of the world. Chose from one of these rackets if you are looking to buy a new racket for yourself. 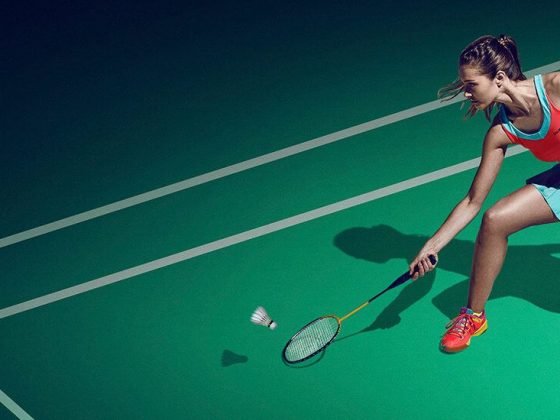 Badminton: 4 Service Variations That Can Help Your Game